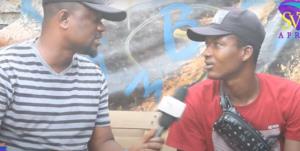 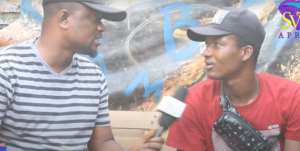 Like it or not, while some Ghanaians cannot survive a day without food under this unfathomable period, hence pleading with the government to supply them with food, there is a group of people whose daily survival is dependent on drugs.

That’s the story of Nurudeen Mohammed also known as Shack, the 24-year-old has is addicted to drugs and can’t go a day without using drugs.

In an SVTV Africa documentary dubbed GHETTO LIFE with DJ Nyaami, Nuredeen explained that he was introduced into the drug lifestyle by his close friend. He said he started doing drugs at a young age of 15 and since then he has never thought of quitting till now.

“My name is Nurudeen Mohammed, I’m 24 years old. Drugs have destroyed my life. Everything I have tried to make it work has proved futile. I have been doing drugs for over 8 years. I don’t have any help. My friend taught me how to do drugs and ever since my life has become miserable. I have tried everything possible to quit but nothing seems to work for me,” Shack said.

Shack, a father of one noted that he has used hard drugs like Marijuana, Codeine, Catcallow, among others especially when he was to have an affair with a woman for a longer period.

Shack pointed out that, all these started after the demise of his parents and the influence of his friend who is now in jail. Wearing a black cap and wine shirt, with unkempt hair, and visible black lips, Shack said he cannot live a day without drugs.

Nurudeen also narrated how his family now despises him, because of his lifestyle due to the addiction of marijuana among others.

“It is not a good thing. If I don’t get to smoke a day, I go through a lot of pain. Please this is an advice for you. If anyone gives it to you, don’t accept it. I need help, I want to stop. The lifestyle that I picked hasn’t helped me. So, my brothers who have started doing that, I’m begging you to put a stop to it. A young guy like me. I have indulged myself in this bad lifestyle. A lifestyle that is difficult to stop. When your siblings and brothers see you, they become angry. I am not happy about my lifestyle but it is because of friends that is why I’m here.” Nurudeen said.

Nurudeen however noted that he is ready and willing if he gets the maximum support to put an end to this bad lifestyle.

He is pleading on all and sundry to rescue him from drugs. 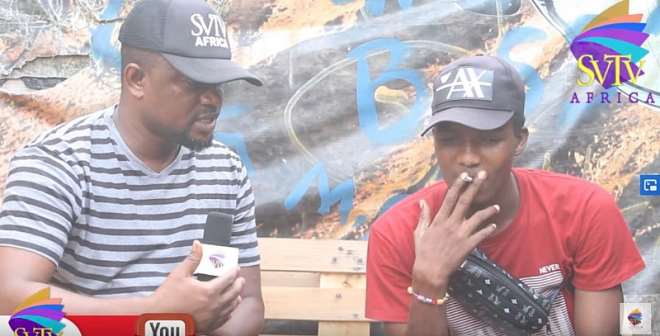 The ongoing rehabilitation of some bad portions of Federal roads in Uromi by Setraco as promised by Arch Mike some weeks ago is very commendable.We thank you sincerely ... See MoreSee Less

We need to appreciate any level of commitment to our community development. That will encourage others. Nigeria is a country of connections. We should appreciate those we are blessed with.The Adolor has always been our federal son. God bless him and Esan.

Arch Mike Onolememen left office in 2015, and we are in 2020. That's roughly 5years ago. These roads were not bad when he was Minister of Works. His ability to be able to influence these repairs even when he has long left office, and with the understanding that he is not a member of the ruling party calls for genuine commendation.

Nigeria will be a good place if the elite stop shielding bad governments regardless of personal interest. Do we really want progress or we are pretending? ... See MoreSee Less

The “hanging chads” of 2020: More than 1 million mail-in ballots could be rejected this election