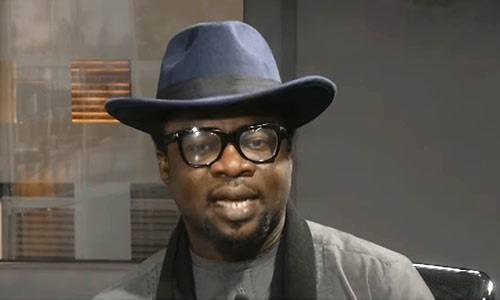 Sexual assault and rape are two very common offences that have become a recurring decimal in recent times in Nigeria. We are daily inundated with rape and sexual violence cases and the murder of its victims every day.

Most offenders do not know the legal implication of the above-mentioned offences until they are charged to court.

The offence of rape is founded when a man have canal knowledge with a woman without her consent or with her consent but when such consent was obtained by duress, fraud, intimidation and/or impersonation of a spouse.

The penalty for the offence of rape under the criminal code is life imprisonment while an attempted rape attracts 14 years imprisonment. This must be emphasized so that everyone will be aware of the consequences of such action.

Sexual assault is founded where you touch a woman inappropriately or indecently or where you use improper language to express or share your desire or cravings to engage her in sexual intercourse with her without her consent. This is one offense that people often overlook because people hardly press charges in this regard. But it must be said that times have changed and it’s no longer business as usual.

At workplaces, higher institutions, neighbourhoods and on the streets; the demand for illicit sex is huge. More dangerously is the fierce demand sometimes to have it at all cost. This obsession leads to sexual offences and most times, sexual violence.

Women are speaking up now more than ever before and even if they don’t, the Internet will amplify your devious craft.

You must remember the aforesaid are criminal offences and not family affairs. Rape is not a family affairs but a criminal offense. Children are defiled on daily bases under their guidance and sometimes by their parents or relatives and house helps as their tender vaginas are ruptured by heartless men or women while they’re left in utter distress.

It is believed that the high use of sexual enhancement drugs which powers the manhood and intensify sexual urges and performance contributes immensely to the case at hand. Whilst you are at liberty to live your life as it pleases you remember your health is a fundamental component of your life and you must not lose it on account of sexual offence and/or death instigated by drugs.

If you commit any sexual offence you will be caught. You will face humiliation and be sentenced accordingly. The judiciary has zero tolerance for sexual offenders. You can get as high as 21 years imprisonment to life sentence, depending on the criminal laws of the state wherein the offence was committed.

In some states like Lagos, if you aid anyone or facilitate the commission of the offence, by observing the actual commission, without reporting to the appropriate authorities or by providing an apartment for the purposes of the commission of the offence or by indulging in any act connected thereto, you are an enabler and if found guilty on these grounds, you may be sentenced for as long as three years imprisonment as an accessory after the fact (a person who knowingly aids someone who has committed an arrestable offence.)

The sensational and temporary pleasure you crave for to assuage your lust, by perpetrating sexual offences will most certainly be counter-productive and this may extinguish your dreams and land you in our rundown correctional facilities where you will obtain all manner of diseases occasioned by poor hygiene, bad food and zero medical care.

You don’t want to go to the Nigerian prison. Do you? Don’t ruin your life.

I have heard you say the corroboration required by at least a witness in a case of defilement or rape is unreasonable.

There is more to the discourse that you need to know. The Supreme Court has ruled that such a witness can be dispensed with if the court has a reason to believe the victim without any such corroborative evidence. And sometimes, the evidence required under the law need not be a witness.

In the case of LUCKY v. THE STATE (2016) LPELR-40541 (SC), the Supreme Court held thus, “In cases of an under-aged prosecutrix (victim), eg, a charge under section 218 of the Criminal Code Act (defilement of girls under thirteen years;).”

A prosecution for either of the offences defined in this section shall be begun within two months after the offence is committed.

A person cannot be convicted of either of the offences defined in this section ( i.e rape and defilement) upon the uncorroborated testimony of one witness.), corroboration is required.

“Whether any particular evidence can be corroboration is for the judge to decide and decide the weight to be attached to it.

“In this regard, the distressed condition of the prosecutrix (victim) soon after the unlawful sexual intercourse may amount to corroboration. See R v. Redpath (1962) 46 Arp R p. 319.

“Corroboration, in this case, means evidence that supports the evidence of the prosecutrix (victim).

“Corroboration is not restricted only to evidence of a witness pointing to the appellant as the person who committed the offence. This is not the position of the law.

“Sex is usually not performed in the presence of a third party. In most cases, it is a hidden act performed behind closed doors, away from prying eyes. It is rare to get a witness to give evidence on oath that he saw the appellant have sex with the prosecutrix (victim)” Per  Rhodes-Vivour, J. S. C. (Pp. 47-48, Paras. C-A).

I Wonder If It’s Worth Taking Pains For APC, Says Okorocha