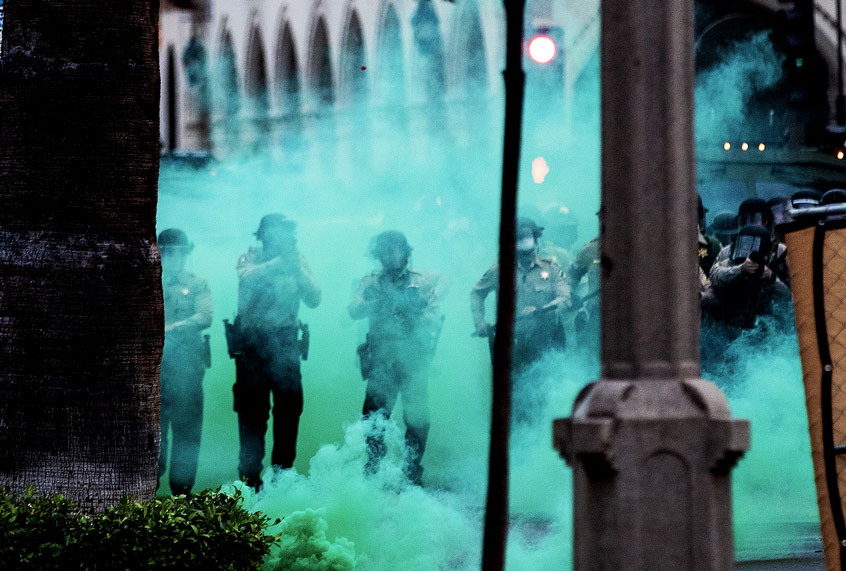 If you want to reduce violence at protests, one crucial step is to demilitarize the police.

That’s according to researchers who have studied the militarization of police in the United States over the past few decades, and it seems to be a consensus viewpoint.

“I think the evidence is pretty clear that [militarization of police] increases the hostility and violence that we see in protests because it serves its intended function of being very intimidating and hostile, and it also dehumanizes in a way that allows them to feel less individually responsible for a particular act,” Michael German, senior fellow at the Brennan Center for Justice and a former FBI agent, told Salon. He noted that from the 1950s through the 1970s, a number of studies were conducted and found “that most police behavior at protests is what often exacerbated the violence, but not just that. It was aggressive police interactions with the public as a routine matter.”

German also argued that legislation which provides advanced equipment to the police further incentivizes violence, arguing that “the federal program to provide state and local police departments with military equipment, at little to no cost — it’s a big part of the problem, right?” “Everybody wants it, whether they need it or not, and once you have this free stuff, the tendency is to use it at your first opportunity,” he continued.

German was not alone in reaching that conclusion. A recent piece in The Marshall Project also referred to more than half a century of research on police behavior and concluded that “when the police respond by escalating force—wearing riot gear from the start, or using tear gas on protesters—it doesn’t work.” The article quoted Scott Thomson, the former chief of police in Camden, New Jersey, who said that “there’s this failed mindset of ‘if we show force, immediately we will deter criminal activity or unruly activity’ and show me where that has worked.” He noted that by the police escalating a situation, they compel protesters to respond by escalating in turn.

As former police officer Tim Nolan wrote in MarketWatch, police militarization escalated after the September 11, 2001 terrorist attacks. It was particularly abetted by the Defense Logistics Agency’s 1033 Program (which allowed local law enforcement agencies to receive military equipment) and the Homeland Security Grant Program (which allows local law enforcement agencies to purchase military-grade weapons and vehicles). Nolan argued that measures such as these create a culture in which police officers are more likely to be violent, pointing to a 2017 study in “Research & Politics: SAGE Journals” that analyzed police spending and its correlation with violence.

The study’s authors also concluded, in a separate Washington Post editorial, that “even controlling for other possible factors in police violence (such as household income, overall and black population, violent-crime levels and drug use), more-militarized law enforcement agencies were associated with more civilians killed each year by police.”

There have been a number of high profile incidents since the September 11th terrorist attacks in which militarized police forces seemed to lead to unnecessary violence. These included a Marine veteran named Jose Guerena in Tucson, Arizona who was killed by SWAT forces who incorrectly targeted his house as part of a marijuana raid; the mayor of Berwyn Heights, Maryland, Cheye Calvo, who was held with his mother-in-law at gunpoint (and whose dog was shot) because police believed he was selling marijuana; a seven-year-old girl in Detroit who was shot by police after being burned by a flash-bang grenade (police were looking for a male suspect at a different house); and an eighteen-month-old child in Cornelia, Georgia whose nose was blown off and suffered third-degree burns because a SWAT team threw a flash-bang grenade into a house based on a faulty tip about a meth purchase. 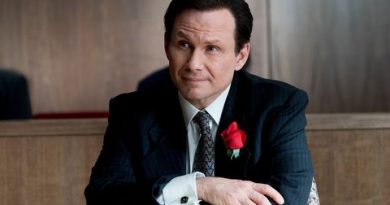 Our crappy healthcare system is to blame for Goop

Listen to article Naziru also known among his peers as Nova sudden death occurred on 6th August, 2020 in Tamale,