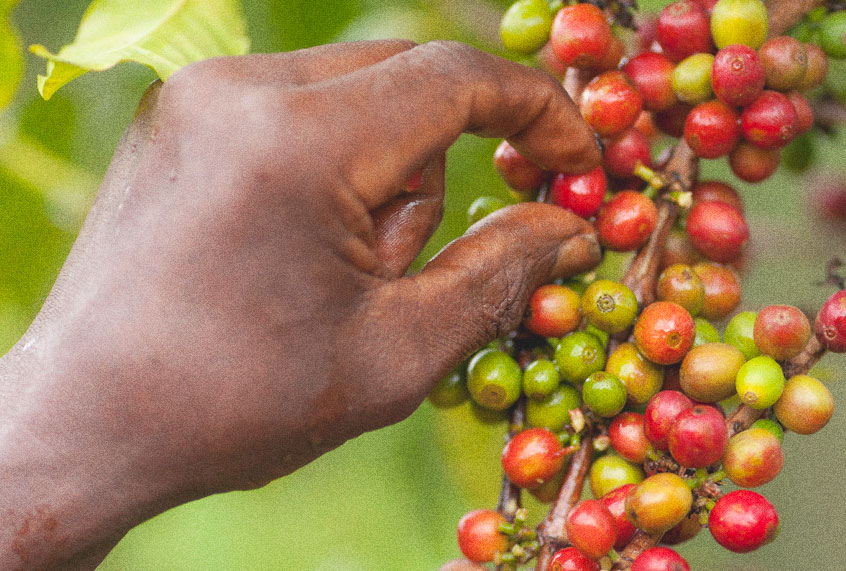 The headline “Coffee could suffer under climate change!” is nothing new. Farmers and scientists have known for decades that Coffea arabica, the plant that supplies about 60 percent of the world’s coffee, is sensitive to temperatures higher than those found in their native range in the East African highlands. Studies on arabica plants’ response to climate stresses, such as extreme cold, heat, and drought, have shown that coffee yield and quality decrease in less-than-optimal growing conditions. Outside of their ideal temperature — too cold or too hot — the arabica beans can’t grow big enough, and their taste and caffeine content suffer. With the Intergovernmental Panel on Climate Change (IPCC) predicting  higher temperatures, more frequent and severe droughts, and greater seasonal changes in the Bean Belt, things don’t look good for arabica coffee beans.

Another coffee plant, Coffea canephora (known colloquially as robusta), supplies the other approximately 40 percent of the world’s coffee. It’s generally considered to be of lower quality than Arabica and fetches a lower price, but it’s easier to grow. Its name alludes to the fact that robusta plants endure greater seasonal swings, hotter temperatures, and more droughts than arabica. Robusta can put up with a lot, climatologically speaking, which is why coffee growers and scientists have been predicting that robusta could be the main provider of coffee as the world warms.

Unfortunately, a new study in Global Change Biology challenges the long-held assumption that robusta will survive reliably in a warmer world. The authors compiled 10 years of coffee yield and climate data from nearly 800 farms in Vietnam and Indonesia. They then used the data to figure out robusta’s growing temperatures.

The power of using real climate and coffee-yield data over a ten-year period is that scientists can directly see how climate and coffee interact. Lab-based research is critical for exploring plant physiological responses to individual stressors, but it has limited implications for real-world growing scenarios. Previous estimates for robusta’s growing temperature were based on the temperature range in its native habitat that were then tested in lab experiments, rather than studies on real-world temperatures and peak yield. Robusta’s growing range, 22 to 30 degrees Celsius, is higher than arabica’s. Using real-world data, the new study found that although robusta cangrow in this high temperature range, its optimal growing temperature is actually lower, at 20.5 degrees C. Hotter than that, and coffee yields begin to drop (about 14 percent per degree of warming). In short, robusta behaves a lot more like arabica than previously thought, and we might be overestimating the amount of coffee robusta will produce.

Although a lot of coffee research focuses on finding the best growing temperatures, understanding how coffee plants respond to the extreme values at either end of their temperature range is also important. As tropical plants, coffee abhors frost. So temperatures below freezing are out of the question. But low temperatures above freezing can still decrease yields, especially while the plants are flowering. And although robusta plants can grow at high temperatures — up to 37 degrees Celsius in a lab — the plant goes haywire, with elevated photosynthesis rates causing plants to flower too soon and and bean to grow too quickly. The effects of rainfall on robusta also vary; a wetter growing season and drier flowering season lead to the best yields, but rain can also moderate some of the negative effects of hot temperatures. Robusta can grow in suboptimal conditions, but the coffee bean quality suffers — as do local economies.

Globally, the coffee trade is worth upwards of $100 billion; over 100 million people along the supply chain, from farmers to distributors to roasters, rely on the coffee trade for their livelihood. A vast majority (70 to 80 percent) of coffee is produced by small farms in developing countries, representing an important revenue source for families as well as countries’ GDP. Coffee consumption has risen steadily, but production is uncertain due to climate change’s effects on the “Bean Belt,” the range around the equator where coffee beans grow. Finding ways for coffee farms to keep producing in warmer climates isn’t just important for your morning cup — it’s necessary to keep these economies afloat.

The news isn’t all bad. Like other crops such as wine grapes, coffee probably won’t go extinct overnight — it will migrate to more climate-appropriate regions or higher altitudes. And farmers can ease that transition. Even though robusta’s temperature range may be cooler than previously thought, it is still better adapted to swings in climate than arabica. Planting shade trees and harvesting coffee from the slow-growing understory are relatively easy changes. Coffee plants can also be specifically bred based on climate change-friendly traits, like larger root systems and efficient stress responses, which will help coffee growers keep their yields high.

Ivette Perfecto, an agricultural ecologist at the University of Michigan who was not involved in the GCB study, said that while motivation to transition from Arabica to Robusta will vary from farmer to farmer, coffee demand and climate change will ultimately drive the transition.

“If the results turn out to be true, I would expect some level of migration through farmers at higher elevations planting robusta instead of arabica. Farmers’ motivation to do this will vary. Overall, robusta is a lower-quality coffee and the price is lower, [but] it is easier to grow,” she said in an email. “So, the shift to robusta will have to be triggered, not just by global warming but by the inability of farmers to grow arabica at elevations where they were growing it before global warming.”

No one trait or adaptation will be solely responsible for coffee’s survival or extinction. So while if climate change continues unimpeded, coffee does risk going extinct, you won’t have to change your morning routine just yet.

Bill Barr thinks he’s in command and can wage war in our cities. Worse yet, he may be right