Chronicling the life of a spiritual leader, teacher, preacher, author, philanthropist and televangelist, in the person of William Folorunso Kumuyi, who clocks 79 today, would, perhaps, herald a lifetime task or, say a herculean one.

Born on June 6, 1941, to the Anglican family of Mr Gabriel Kumuyi Akinfenwa and Mrs Comfort Idowu Kumuyi Akinfenwa, he is today the Founder and General Superintendent of the Deeper Christian Life Ministry.

Hailing from a remote village in Erin-Ijesha, Osun State, lends credence to the fact that Kumuyi had a humble beginning but was determined to succeed and influence all others around him, with a common goal of making heaven, through holy living. With all the passion and earnest expectation in his veins, he has been, on a couple of occasions, spotted weeping on the podium, while making altar calls on sinners to give their lives to Christ.

Having authored several soul-lifting books, the quintessential Kumuyi is globally known for sermons predominantly on holiness which he hits hard in all his messages, ad infinitum.

His seeming orthodox watchword, holiness, appears to have been entrenched as a movement, as baba continues to quote from 1 Peter 1:15-16— “But as he which hath called you is holy, so be ye holy in all manner of conversation. Because it is written, Be ye holy; for I am holy.”; and Hebrews 12:14 — “Follow peace with all men, and holiness, without which no man shall see the Lord.”

The first-class graduate of English from the University of Ibadan (1967) is highly cerebral, eloquent, yet godly and humble to a fault, having become born-again in April 1964.

Close checks reveal that Kumuyi was influenced by notable spiritual legends like John Wesley, Charles and Charles Spurgeon, before going ahead through what he prefers to call “the leading of the spirit”, to found the Church, having been a staunch member of some denominations, including the Anglican Communion and Scripture Union (SU).

In 1973, while he was a lecturer at the University of Lagos, Kumuyi began a Bible study group with 15 students who intermittently came under his tutelage to be coached on biblical teachings and principles. In 1982, the group of 15 God-thirsty chaps gradually snowballed into today’s Deeper Life Bible Church. The denomination, as of today, has several millions of congregants around the world, with one of the biggest auditoriums that can be found anywhere around.

The ace septuagenarian has had to lead other members of his church to build edifices as places of worship all over the world, including the 30,000-seater international headquarters, the International Bible Training Centre (IBTC) at Ayobo, Lagos, and the Deeper Life Conference Centre at Kilometre 42, Lagos–Ibadan Expressway, Ogun State.

As a firebrand teacher and preacher, suffice it to say that miracles, signs and wonders follow the ministration of Baba Kumuyi — a testament predicated on the oceans of testimonies that ensue every gathering he calls up.

Needless to say that it can only take a godly, resilient and industrious man to achieve Baba’s kind of feats, over the last 79 years. He continues to up his game, not allowing his age to tell on him at all. He has continued to, by default, have his name printed in the sand of time, having preached the gospel fearlessly and undiluted to both the bourgeoisie and the have-nots of the society.

His impact has not only been felt in the realm of the spiritual but also in social and economic endeavours, and undoubtedly, this must-have earned him a slot in the list of 500 most powerful people on the planet, as released by Influential US magazine Foreign Policy (FP), in 2013.

Till date, the highly revered Kumuyi is known to be one of the most influential religious leaders in the world, as he continues to lead one of the biggest churches on planet earth. The magnanimity of baba, at this era of COVID-19 pandemic, has since crept in the news, even when his personality opposes having his name named in such acts of generosity.

To a large extent, a piece of this look can only best end with, “Salute to God’s General at 79”, and Happy Birthday, sire!h

Ayo Alonge, who is a journalist and Baba Kumuyi’s birthday mate, writes from Lagos. 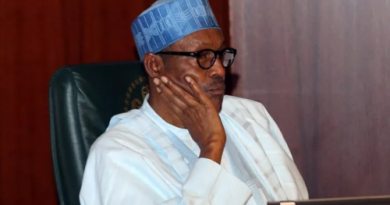