Human rights activists have condemned the Chief Judge of the FCT, Justice Ishaq Usman Bello, for hiding the criminal case files of top government officials who violated safety precautions at the funeral rites of Abba Kyari, the late Chief of Staff to President Mohammadu Buhari.

Garba Shehu, Boss Mustapha and Bashir Ahmad were part of the top politicians who disobeyed the order.

President Mohammadu Buhari, self-acclaimed corruption fighter, has since kept mute on the incident. Also, the erring public figures were not prosecuted by the government.

Reacting to the development, human rights activist, Sanyaolu Olajuwon, said “their actions have further confirmed what we have always been saying. There is a different law for the rich and another for the poor.”

“While all instruments of the law are deployed to intimidate the poor, same is deployed only to protect the rich. In situations like this, with clear symptoms of class inequality, the barricades become a necessary leveller. We need to expose this shenanigan and ensure justice is served,” Olajuwon said

Another human rights activist, Adekunle Wizman Ajayi, said,”We call on Nigerians to rise and ask the Chief Judge to hands off the case. We believe that our rulers are wickedly insensitive. The Chief Judge, who is supposed to be the chief law defender, is now the chief lawbreaker.

“The chief judge should immediately resign if he is working for the rulers alone instead of the millions of citizens that he is holding his office in trust.” 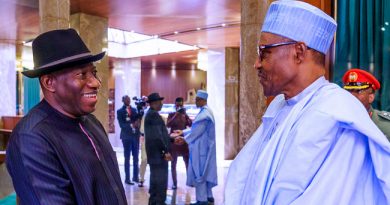 PIB: How Nigeria attracted only 4% of $75bn Africa’s oil, gas investment in 4 years