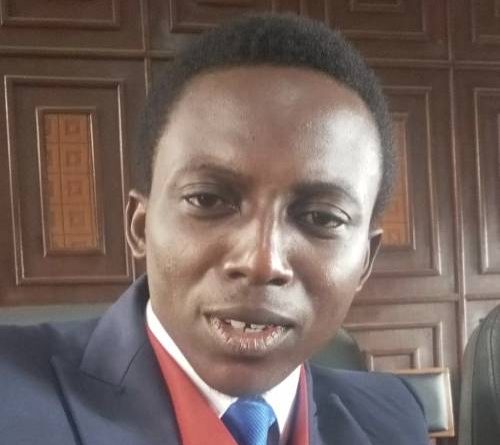 Of the three arms of government in our country, it would seem as if the Judiciary has been relegated to the background in the balance of power and its ability to regulate its own affairs.

Though unconstitutional, we have witnessed situations in the very recent past where the President purportedly single handedly suspended the Chief Justice of Nigeria, Justice Walter Onnoghen, the head of an independent arm of government which has powers to review even the President’s decisions.

Eventhough we continue to argue about the unconstitutionality of that move, the fact remains Justice Onnoghen or Justice Isa Ayo Salami (suspended by President Goodluck Jonathan although with the ignominious complicity of the then NJC) were successfully ousted to date.

It is unimaginable that the President could make a similar move to suspend the President of the Senate or the Speaker of the House of Representatives. The safeguards are just too much in the law to prevent such malady. He can’t try it no matter how he wishes. So why is the Judiciary different? Is it inferior to the other two arms of government?

Think again that the legislative arm of government has the freedom to appoint its leaders or remove anyone who is considered unfit to continue to lead. Where the legislatures have also passed a bill into law, and the President refuses to assent to the bill, the law permits the legislatures to veto (overrule) the President by a vote of two-third majority of the members of the two chambers of the National Assembly after which the bill becomes law, the dissent of the President notwithstanding.

The forgoing balance of power between the legislative and executive arm of government appears to better represent the system of check and balance embedded in the doctrine of Separation of Powers propounded by the respected French Jurist, Montesquieu.

Unfortunately, when it comes to the Judiciary, it depends sheepishly on the Executive to effect appointments and disciplinary actions of removal on its own members.

And there is no similar provision in the constitution empowering the Judiciary to veto the President’s refusal and transmit the name straight to the Senate or the House of Assembly as the case may be for approval; where whatever check and balance on the Judiciary’s discretion could still take place.

In the same light, if a judicial officer has violated all known ethics of the noble profession and is deserving of removal from office as stipulated in S. 292 (1) (b) of the constitution and the NJC recommends his removal, if the President or Governor loves him even if for the fact that he is an apologist of the President or Governor’s party and ever ready to dispense justice with much fear and favour, the NJC which is the highest organ of the Judiciary is helpless. The entire nation will have to live with the nemesis that man constitutes to the system.

The issue I am raising is clear. The whole idea of check and balance in a democratic system is to the effect no arm of government becomes so powerful as to swallow up the other ones. As we speak, the power of appointment or refusal to appoint a qualified judicial officer by the President or Governor into the headship of our courts is without any form of check. This is antithetical to true democratic governance and the doctrine of check and balance.

Power corrupts and absolute power corrupts absolutely. It would appear that no one has better validated this statement in recent time than Major. General Muhammadu Buhari especially as it relates to his highhandedness on the Judiciary.

It was during his time that the homes of judges were invaded without due process of law.

When Justice Onoghen, the then most senior Justice of the Supreme Court was to be confirmed substantive Chief Justice of Nigeria, President Buhari refused to send his name to the senate. It took his illness for us to be saved from that embarrassment courtesy of the then Acting President, Yemi Osinbajo SAN.

When it was the turn of His lordship, John Tsoho of the Federal High Court, it took months of public campaign for President Buhari to finally forward his name for confirmation.

We are here again; Justice Monica Dongban-Mensem, the most senior Justice of the Court of Appeal is serving out her second three months in acting capacity as President of the Court of Appeal. One is wondering what is so difficult in forwarding her name for confirmation to the Senate. The NJC has long recommended her for appointment.

Coincidentally – we hope it is a mere coincidence – the three judicial officers highlighted above are all Christians and from ethnic groups different from the one traditionally favoured by the President’s now-well-known ethnic and religious irredentism.

I am of the firm opinion that we need to check this aspect of Presidential power by reserving through constitutional amendment a power of veto in 2/3rd majority votes of the members of the NJC where a President after a reasonable time refuses to transmit to the Senate the name of the most senior justice deserving of appointment at any given time. Same should apply to State Governors.

I am however of the firm opinion that the Senate (like the House of Assembly) is a more balanced and democratic organ by composition to dispassionately determine the suitability of a candidate for appointment or refusal as the case may be.

We had a foretaste of such balance of power when on Wednesday 30th September 2009, Chief Justice Legbo Kutigi swore in his successor and Justice Ayo Salami of the Court of Appeal in the absence of the then ailing President Umar Musa Yar’Adua who normally issues a letter of appointment prior to their oath taking which the President normally personally administers on the CJN at least.

Justice Kutigi relied on S. 290(2) of the Constitution; S.10(1) & (2) and particularly the Second Schedule of the Oaths Act which empowers the Chief Justice of Nigeria to administer oath on judicial officers. The power to administer oath nevertheless, the letter of appointment from the President prior to the oath taking was discountenanced in this case in the interest of continuity of the very sensitive judicial arm of government.

But for that brave step, the Judiciary would have been held to ransom by an Executive that was at the time intoxicated with power.

That was a mere foretaste. We now need to take bolder steps to balance the power the President or Governor wields on the Judiciary at the Federal and State level respectively in respect to appointment and removal of judicial officers.

The bottom line is that the Judiciary cannot continue to be subservient to the Executive Arm of Government. We can’t continue to be helpless in the face of what the courts normally call, “Executive Rascality”.

“The State (i.e Nigeria’s) social order is founded on ideals of Freedom, Equality and Justice. In furtherance of the social order… the INDEPENDENCE, impartiality and integrity of courts of law, and easy accessibility thereto shall be secured and maintained.”

We need to give life to the true independence of the judiciary so that the judiciary and by implication the ordinary man on the street “can truly breathe.”

In the meantime, we hope that President Buhari will waste no further precious time before forwarding the name of Justice Monica Dongbam-Mensem for confirmation.

Peniela Akintujoye is a Human Rights Lawyer, Public Affairs Analyst and Convener, Civic Engagement and Justice Coalition (CJC). He can be reached via [email protected] 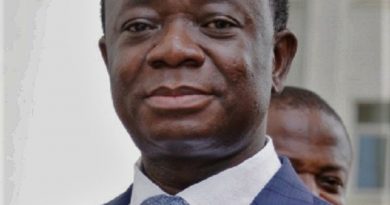 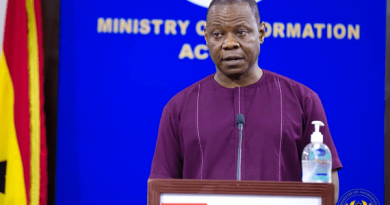