AS Nigerians await government’s directive on the reopening of schools across the country, parents and teachers and other stakeholders are expressing concerns on how safe it would be to allow academic activities to resume. According to some people who spoke to Vanguard, their main concerns are how to determine when it is safe to resume and how safe will schools be for all.

Mrs Ajoke Ajayi, a parent, said with overcrowded schools, it could be difficult to main social and physical distancing. “Whether primary, secondary or even at university level, our schools are grossly overcrowded. In some public primary schools, you can have more than 80 pupils in a class. With the pupils packed together like sardines, won’t there be rubbing of bodies and deep physical contacts among the pupils?

“The Federal Government said they would decontaminate the schools but that has not been done and even when done it could be poorly executed because our people would want to make abnormal profit and gain from the contract. I am not saying schools should be shut endlessly, but the right steps must be taken and things done normally.”

A teacher, Mr Kola Akinleye, opined that safety of teachers should also be considered. “We don’t follow our students home and would not know their backgrounds and, therefore, the fear of students bringing infections from home is there.”

We urge the government to provide all the necessary facilities to prevent any possible outbreak of diseases in the schools.   Teachers are going to risk their lives taking care of these children and we would appreciate our safety and that of our students being given top priority,” he said.

A student at the University of Lagos, who simply gave his name as Victor, stated that lecture halls and halls of residence are already overcrowded in most universities in the country. “Students behave almost the same way, whether they are in primary school or the university. For instance, students like to crowd together and distancing may be difficult to achieve. Let our government borrow a leaf from other nations that have reopened their schools and see how they provided facilities needed to keep everybody safe. We have to go back to school. Virtual learning is good but cannot totally take the place of classroom setting and the need for contacts between students and their teachers,” he noted. 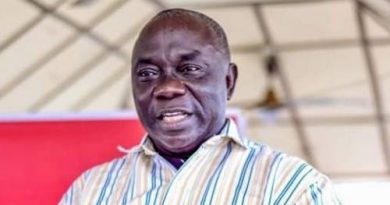 The Executive Director of the Doyen Institute of Intelligence and Investigations, Mr George Dosoo Doyen has cautioned businesses who deal