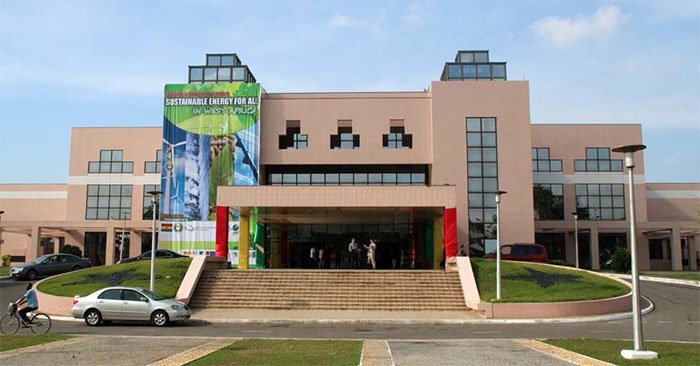 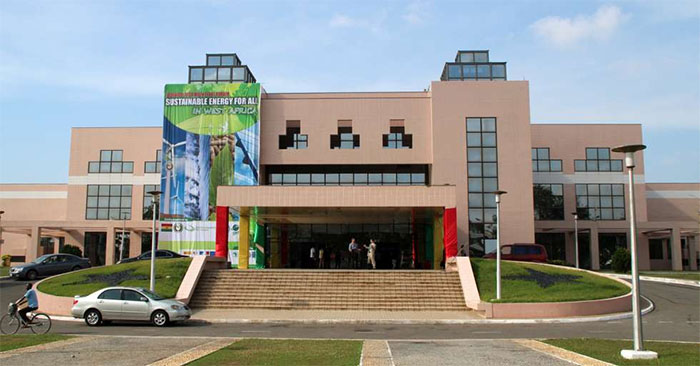 A structural engineer attached to the Ministry of Foreign Affairs, Mike Addo, is warning of an impending collapse of Accra International Conference Centre (AICC).

He said the edifice, which is a famous meeting venue and located in the Christiansborg district, has been derelict for 29 years and is in a state of serious disrepair.

He has consequently called for immediate refurbishment of the edifice commissioned around 1991, saying “thirty per cent of its columns and pillars have gone.”

According to him, some water was present at the base of the building at the time it was being commissioned in 1991 and that the degree of ‘ingress of moisture on the concrete affected the maintenance regime’, which he noted had not been adequate.

“The first report I saw on this was in 2014, and it was almost like this – concretes of pillars and columns coming off,” the engineer said, adding “there was water on the floor when the building was being commissioned. Either there is some passage of water from external sources or there is ground water for which there has not been adequate sub-structural drainage.”

He said “when you put up a concrete structure right from the concrete sets and hardens the atmosphere starts attacking, and there is nothing you can do about it,” he told members of the Foreign Affairs Committee of Parliament yesterday.

According to him, there was no provision for the Architectural and Engineering Services Limited (AESL) because local engineers were not involved in the construction of the centre, which has six halls with a total capacity of 6,000 people; the largest hall seats for 1,600 people.

The Chairman of the committee, Frank Annoh-Dompreh, said members had seen for themselves the structural defects of the national facility.

“This committee is surprised. Obviously, we are not in any attempt to point accusing fingers. We think that it is a genuine challenge that we all need to resolve if you listen to the professionals,” he said.

Mr. Annoh-Dompreh, Member of Parliament (MP) for Nsawam-Adoagyiri, said even though the building looks beautiful from outside, the inner part relating to the basement is “rotten” with concrete and iron rods falling off.

He appealed to the Foreign Affairs Minister, Shirley Ayorkor Botchwey, to respond quickly by detailing out plans to refurbish the building.

A member of the committee from the Minority group, Dr. Francis Dakura, called for a new conference centre to be built, while the country takes steps to refurbish the existing one.

A South Korea-based religious group named the Shincheonji Church of Jesus said that over 4,000 members of the church recovered