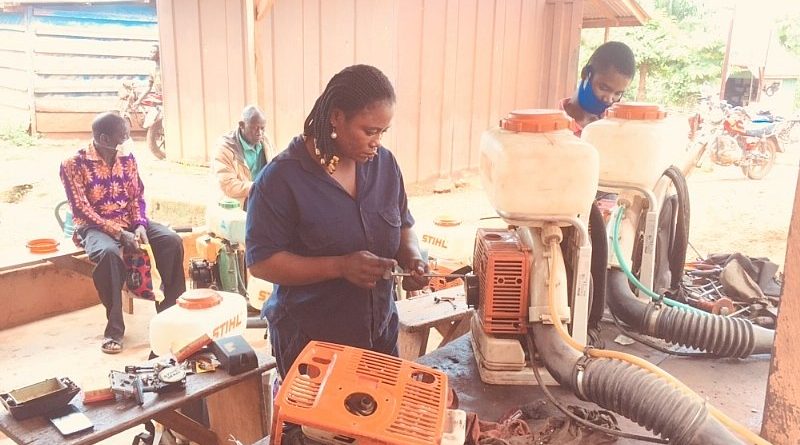 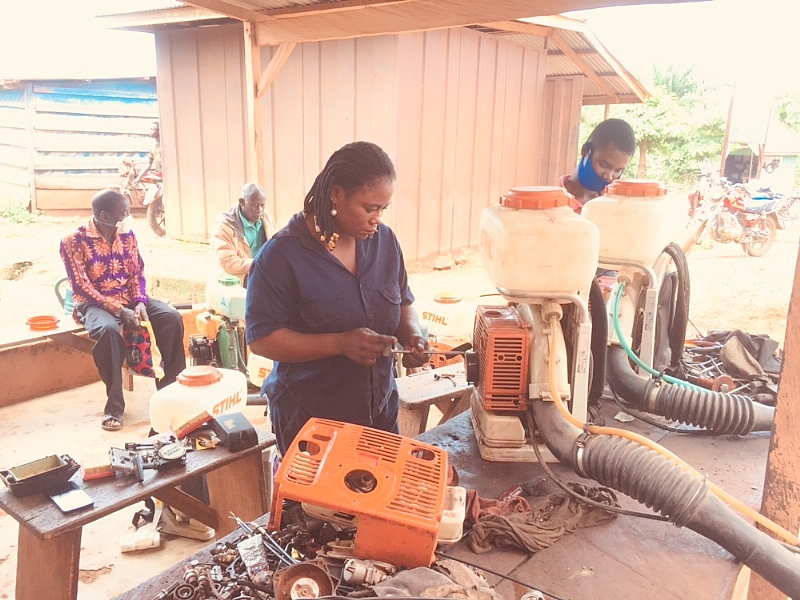 The world looks so special always when individuals keep on working hard to end a living from it. Not too long ago GHevent TV on their program show traveled to the western north Region, a town called Sefwi Debiso to interview a female Mechanic.

She has been a widow for ten years and sharing her life experience with us, she narrated to us that, life has not been easy for her some years back. To her, she was a hard-working woman living with her husband as a hairdresser, of which due to the poor conditions and the structure of the area, the market was really bad.

This never let her dreams die off as a woman. Her husband was a busy person travelling always as he was a mechanic. His wife keeps on complaining to his husband about the loss of works when he traveled. Her husband told her it will be better she learn his profession than the hairdresser.

After a few years, she considered his husband’s idea as a good idea to listen to, though, she was a type of lady who looks very expensive, and taking that field wasn’t easy for her, but with determination, things worked out. After some years, her husband kicked the bucket, which the family also collected any asset she made with her husband.

She decided to establish her self in a small way with the mechanic job. The journey was not easy with her, but by His grace, she is one of the biggest mechanics in her district and western north Region as a whole.

Most call her Mama Macho when it comes to the business field, but her real name is Gladys. She also used the opportunity to advise the younger ladies out there to be very determined and also take their life seriously, and by doing so, they will also share a story with her one day, through their hard work.

She owns a guest house to her credit and other businesses as well, we are still going to bring you more of her successful life. 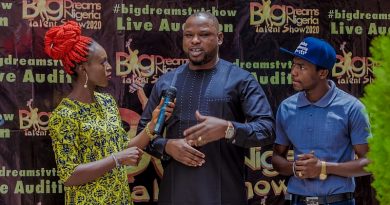