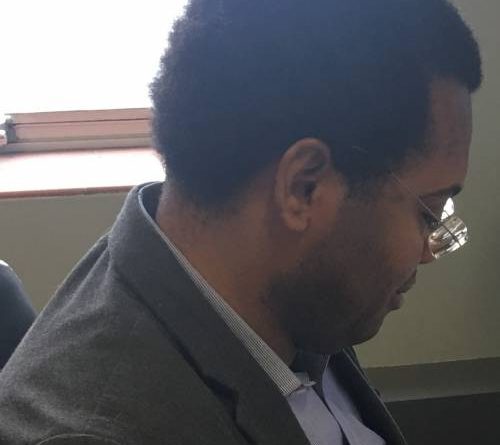 You have all seen the video by now. The assassination of George Floyd was televised. With his left hand in his pocket, the embodiment of evil and the fullest expression of inhumanity, who shall remain nameless, snuffed life out of a fellow human being. George Floyd begged for his life. He repeatedly stated, “I can’t breathe”. He called out for his mother. He was 46 years old. He joins a long lineage of African American men and women murdered in cold blood by police officers. The toil and blood of enslaved Africans built critical elements of the United States. Their blood continues to flow on the streets. Some were killed in their own homes in fatal mistaken identities and policing thuggery. Mainstream American society, until now, has shown little concern.

The United States, a once inspirational and desirable country, isnow visible in its nakedness. The police of the world, exporter of democracy and imposer of human rights is exposed. The immaculately manicured, intricately choreographed and elaborately deodorized image has been exposed as a façade.

I am sure the US Department of State will produce the 2020 annual country reports on human rights practices. However, physician, heal thyself. Lift up yourself from the cesspool of racism.

From the UK to France, many people around the world are sickened and disgusted by the assassination of George Floyd and other senseless killings in the US. Governments of sub-Saharan African states have been too internally troubled, rudderless and powerless to attempt any serious diplomatic intervention in the constellation of killings of people of African origins. We sold their ancestors into slavery. The underdevelopment of our continent continues to cheapen their lives. African Americans are regularly told, “go back to Africa if you don’t like it here”. The statement is generally meant and apprehended as an insult.

I had the opportunity alongside other colleagues to record a message for the 2020 graduating class in my department’s criminology program at the University of Alberta, Canada. My advice to the students focuses on the death of George Floyd and systemic racism. I urge students to be agents of light in the world’s darkness. Excerpts of my speech to the young students appear below…

Congratulations, class of 2020! I absolutely enjoyed our conversations regarding your placements. I always looked forward to listening to and reading about your observations on the intricacies of the criminal justice system and the organizations working hard to produce desirable outcomes. There are organizations that I now recognize when I drive around town partly because I had students who volunteered there through the criminology program…

A thought came to me last night after six hours of meetings regarding the response of the African diaspora in Edmonton to Covid-19 and the epitome of man’s inhumanity to a fellow man in Minneapolis. To be honest, I struggled up to 1:15 am with whether or not to be part of this forum. My last meeting of the day had ended around midnight. I was no longer sure I could be here today at this forum not because of sleep deprivation but because of the weight of the conversations and that knee on the neck of George Floyd.

The thought that came to me was — anyone who seeks to withhold light from others must be prepared to dwell in darkness. We have seen thick darkness envelope the US in the last few days. Four police officers standing in the epicentre and on the cusp of history have thrown the most powerful country on earth into darkness. They are not the engineers; they merely did a short shift as technicians. They are an extreme example of a much deeper and sophisticated problem.

One of the benefits of having a PhD in a social science is that you acquire mastery of the language of social justice. We have passed that on to you through our interactions with you within and outside the classroom. Truth is, we do not always live up to those ideals you heard us talk about. My colleagues and I hope that you go farther than us and be a voice for meaningful change wherever you may be. You will encounter some people who are more privileged than you. Chances are your career will mostly lead you to work with those who are less privileged than you. The measure of your education and humanity will be reflected in how you treat those individuals.

You may need to speak up even when it is not convenient. The black woman who needs that job, the refugee, the young mother, the Aboriginal man, those at-risk youth downtown or in rural Alberta among others may need you to be an ally and speak out when they have no voice or are not in the room. Do not ignore injustice around you. Do not simply tell them to get on with it. By all means, allow everyone around you to breathe. Do not withhold oxygen from them.

In the words of Medaria Arradondo, the Minneapolis police chief “Be silent, you’re complicit.” Those four words were spoken less than 24 hours ago as the US was on fire due to the consequence of the transgenerational silence of the majority in the face of atrocious actions within the system. The world has enough darkness; why waste your talent and energy? Dare to be the light. That could be in your neighborhood, work place, place of worship and so on.

Class of 2020, you are graduating at a time of tremendous challenges in the world. Covid-19, economic turmoil, and somebody called Donald Trump are some of the social and natural forces that are shaping the world you are going into. I hope that you never lose confidence in yourself, your trust in humanity and your faith in God.

You cannot go hang out with your friends on Jasper or Whyte Avenue but we have prepared a remote toast for you. We love you so much. May God bless you and may your dreams take you far.

U don't blame them, we should blame those on ground but still had to support the lies being told because of their personal interest.

24 April 2019, Johannesburg: As the world grapples with the COVID-19 pandemic, we are reminded of the critical role that