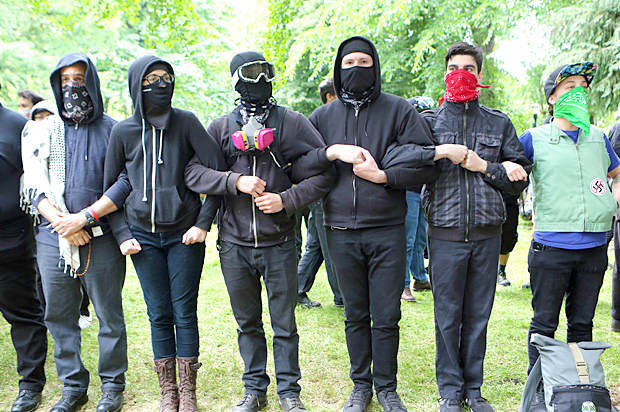 Civil liberties advocates and progressive voices threw up immediate flags of alarm on Sunday afternoon after President Trump threatened to officially designate “ANTIFA” — a moniker that stands for anti-fascist but is not, as informed people were forced to point out, an actual organization — as a “terrorist organization.”

In recent years, the term “antifa” has become a broad stand-in phrase used to describe certain left-wing activists — including some anarchist and anti-fascist groups or networks. As protests and uprisings have occurred in cities nationwide over recent days in the wake of last week’s killing of George Floyd by police officers in Minneapolis, Trump and other officials have blamed so-called “Antifa instigators” — mostly without providing any solid evidence — with stoking violence or carrying out property destruction.

After Trump tweeted Sunday that “The United States of America will be designating ANTIFA as a Terrorist Organization,” critics immediately saw it as a blatant effort to use the authority of such a designation as a way for Trump to target lawful and constitutionally-protected free speech and the right to assemble.

“Terrorism is an inherently political label, easily abused and misused,” the ACLU declared in reaction to Trump’s tweet. “Let’s be clear: There is no legal authority for designating a domestic group. Any such designation would raise significant due process and First Amendment concerns.”

Progressive journalists like Ben Norton and Jeremy Scahill also sounded warnings, calling it a “terrifying” and worrying escalation against the right to dissent.

While some critics smirked at the idiocy of the president’s initial threat on Twitter — “What an idiot,” said one — others warned that the implications of Trump following through on such a threat would be very serious.

“Trump,” warned Scahill, “is going to use this order against the label of ANTIFA to dramatically escalate the use of force and expand domestic spying against protesters and targeted communities inside the [United States].”

Glenn Greenwald, Scahill’s colleague at The Intercept, said Trump’s threat was “as incoherent as it is dangerous,” and warned that ‘the only possible outcome, if it is more than just a Twitter scream, is increased domestic repression, surveillance, and the quashing of dissent: the classic case of exploiting disorder for authoritarian ends.”

Following Trump’s tweet, Attorney General William Barr issued a formal Justice Department statement that said “violence instigated and carried out by Antifa and other similar groups in connection with the rioting is domestic terrorism and will be treated accordingly,” and added that the FBI’s existing regional Joint Terrrorism Task Forces (JTTF) had already been activated to “identify criminal organizers and instigators, and to coordinate federal resources” with local and state law enforcement agencies.

In response to Barr’s statement, Vanita Gupta, president and CEO of the Leadership Conference on Civil Rights, said: “Hey, AG Barr, where is your statement on what USDOJ will do to build community-police trust? That recognizes how racial injustice has corroded people’s faith in the legal system and its impact on public safety? How about opening a pattern and practice investigation [on that].”

Supreme Court appears poised to side with Trump and end DACA 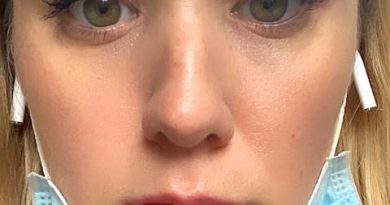