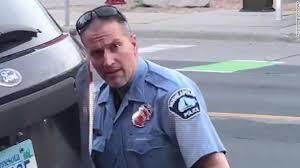 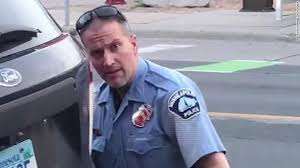 A $500,000 bail has reportedly been set for Derek Michael Chauvin, the white police officer whose action led to the death of George Floyd, a Blackman who was unarmed when he was arrested.

Chauvin was charged on Friday, May 29, 2020 with third-degree murder and second-degree manslaughter.

Floyd was accused of using a fake $20 note to buy cigarette in Minneapolis.

After his arrest, Chauvin was seen in videos that have since gone viral, kneeling on his neck for more than eight minutes, leading to his death.

Surprisingly, a preliminary autopsy revealed that the combined effects of Floyd being restrained, potential intoxicants in his system and underlying health issues, including heart disease, contributed to his death, pointing to a natural cause of death.

The autopsy report says there was no physical findings to support strangulation as the cause of death.

However, Floyd’s family, according to their lawyer, Benjamin Crump, is upset that Chauvin wasn’t charged with a more serious offense.

If convicted of third-degree murder and second-degree manslaughter, Chauvin faces 25 years in prison on the first charge and up to 10 years on the second, reports say.

There have been mass protests across at least 30 cities in the US over the death.

Over 100 people were reportedly arrested in Chicago on Friday night in relation to the protests, with 200 others including a CNN correspondent Omar Jimenez arrested in New York.

There have been reports of casualties including a 19-year teen believed to have been killed. 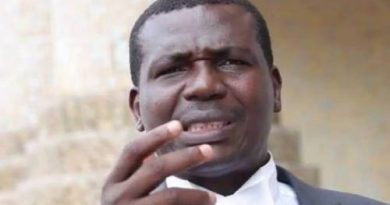 The National Chief Imam, Sheikh Osman Nuhu Sharabutu, has expressed worry at pockets of violence that have characterised the voter