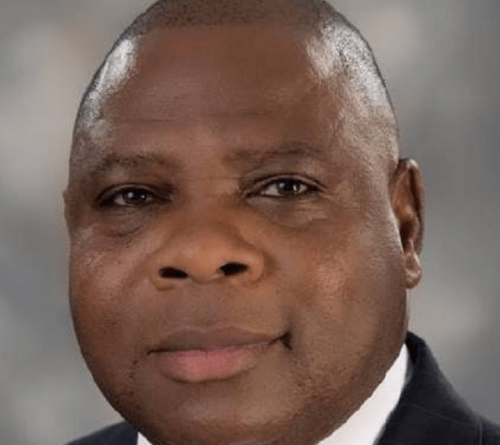 American deaths from the COVID-19 raced past the 100,000 mark this week, thanks largely to a famously coy and bungled Federal response. To put this staggering number in perspective, let’s recall that 33,686 Americans perished in the Korean War, another 58,220 in two decades of the Vietnam War, 2996 during the September 11, 2001, terrorist attack and 2,354 in nearly two decades of US military engagement of the Taliban in Afghanistan. The total tally of 97,247 from these bloody mishaps still falls shy of the toll Coronavirus is currently exacting on the United States but the President’s Twitter field and body language does not telegraph that.

Not surprisingly, many are outraged not just at the flopped US response to this rampaging pandemic but the perceived lack of empathy from a President whose hands had to be forced to allow flags to fly at half-mast in honor of the dead over this past Memorial Weekend. Mr. Trump has since returned to the golf course and pivoted to full campaign mode after turning the now defunct daily Coronavirus briefing into a breath-taking journalist bashing spectacle.

With majority of the 50 states lifting shelter-in-place orders in contravention of the Center for Disease Control’s (CDC) guidelines which conditioned such on 14 consecutive days of decline in new cases of coronavirus, you would think America is whole again especially with the President threatening to override states that do not immediately enable houses of worship to operate. In reality, 18 states show continuing increase in COVID-19 cases, 22 states hold steady with only 10 states showing a decreasing trajectory. Another stunning statistics:  More Americans have died from coronavirus than the total number of cases in Africa.

In normal times, this tragedy would be more than enough to occupy the time of a US President but not this one. He is instead consumed with a not-so-visible power struggle for the soul of America. Following his impeachment acquittal by the Senate, he has gone on a firing spree that has exposed the fragile underbelly of American democracy. The forced exit of Lt. Col. Alexander Vindman, who testified under subpoena about the content of the President’s call with the President of Ukraine, and his twin brother was closely followed by that of the US Ambassador to the European Union, Gordon Sondland, who confirmed that there was indeed a quid pro quo. Marie Yovanovitch, the former US Ambassador to Ukraine was earlier forced out for not cooperating in the scheme to get Ukraine to set up Hunter Biden and paint Mr. Trump’s Democratic opponent, Joe Biden, as self-serving and corrupt.

Not only are federal agencies and personnel now being prevented from cooperating with Congress, there has also been a string of seeming proactive firings of Inspectors Generals in the dead of the night that appears to foreshadow a desire to impose a culture of impunity. This is disconcerting for a candidate that campaigned on “draining the swamp ‘ of Washingtonian corruption. So far three inspectors-generals have been ousted through such midnight firings. There is the intelligence Community Inspector General, Michael Atkinson, who relayed the August 12, 2019 whistleblower complaint about the phone call between Presidents Donald Trump and Volodymyr Zelensky to Congress. Then he fired the long-serving acting Department of Defense Inspector General Glenn Fine who was slated to oversee the disposition of $500 billion as chair of the Pandemic Response Accountability Committee created by the CARES Act, the coronavirus relief bill, and replaced him with a protégé, Brian D. Miller, a White House Counsel who defended him during impeachment proceedings. Also fired is Christi Grimm, the acting inspector general at the Department of Health and Human Resources, who issued a report critical of the administration’s plan for ramped up coronavirus testing.

For context, the Inspector General Act of 1978 was enacted after Watergate to enhance accountability and prevent waste, fraud and abuse in agencies and programs. It has proven potent in performing its functions in the past. Seventy-three Inspectors General, each responsible for a different agency, regularly audit and report on the agencies to which they are attached. They are appointed by the president and confirmed by the Senate solely on the basis of integrity and demonstrated ability in accounting, auditing, law, financial analysis or investigations ”without regard to political affiliation.”

Congressional investigations, which President Trump now wants to turn into toothless bulldogs, by actively dissuading staff from cooperating and retaliating against those who do, exposed many cases of misconduct by the executive branch of government in the past. The Iran-Contras scandal in which the Reagan administration diverted proceeds of arms sales to secretly aid the Nicaraguan opposition without authorization by Congress; the distortion of intelligence by the George W. Bush administration to justify the war with Iraq; and the Watergate scandal. Such investigations have also exposed corruption in federal agencies, saving billions of dollars in the process, and guided Congress to close gaps in the law as was the case with the Dodd-Frank Act enacted to better protect consumers after the 2008 financial crisis.

The presidential system of government practiced by the United States is based on a system of checks and balances between three co-equal arms of government with the constitution expressly granting Congress oversight powers which it majorly exercises through investigations, hearings, subpoena, censure and impeachment. Traditionally, failure to comply with a Congressional subpoena could attract contempt of Congress charges punishable by imprisonment. With the Senate now virtually in the president’s pocket, partisanship has helped erode the vital checks on executive rascality put in place by the founders of the Republic and Congress over the years.

As Marie Yovanovitch, the former Ukraine ambassador recently noted in an article in The Washington Post, “I have seen dictatorships around the world, where blind obedience is the norm and truth-tellers are threatened with punishment or death. We must not allow the United States to become a country where standing up to our government is a dangerous act.”

The whimsical exercise of unchecked presidential power under the cover of masterful demagoguery is reframing the nature of the United States’ democratic system in a way hardly ever imagined. This is America’s covert COVID-19 pandemic. Who would have imagined that the shiny city on the hills would come to this sorry pass?

Dr. Yinka Tella, President of GlobalTell Inc. and Health and Education Love Project (HELP), writes from Pembroke Pines, Florida. He can be reached at [email protected]

BREAKING: Akeredolu Orders Closure Of All Schools In Ondo Over Protest