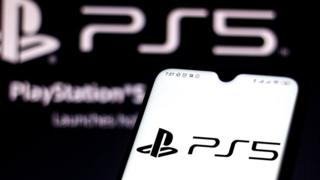 Gamers across the world are about to get their first look at what the PlayStation 5 can do.

The successor to one of the best-selling consoles ever is due out later this year and, speaking to Radio 1 Newsbeat, PlayStation CEO Jim Ryan says fans will see it in action in less than a week.

With major conventions and events cancelled due to coronavirus, Jim says he wants to find a way to give the PlayStation community “a little bit of a jolt.”

There’s still an air of mystery surrounding the new Sony console and Jim says the company needs to build momentum.

“Normally you would be in Los Angeles in some auditorium with 2000 other people” Jim tells Newsbeat, talking about how PlayStation would usually make big announcements.

“You’d be able to cut the adrenaline and the testosterone with a knife.

“We’ve got to find a way to do that and give the community little bit of a jolt.

“When you watch the show next week, I think you’ll see that we’ve been able to do that.”

2020 is going to be a big year for the games industry – with a new Xbox being released as well Sony’s PS5.

There have been reports in specialist gaming publications that the Coronavirus pandemic could have an impact on console release dates and availability.

Jim’s confident, however, that won’t be the case.

“It’s obviously introducing a level of complexity any business would prefer not to have to deal with.

“But we’re feeling really good about the supply chain, we’re going to launch this year and we’ll be global.”

Gamers are also keen to know how much the console will cost, but Jim would only confirm that the pandemic had not changed PlayStation’s pricing plans.

‘Everybody’s just rolled up their sleeves’

For PlayStation, 2020 was supposed to be dominated by the build-up to the new console’s release but has turned out to be very different for Jim and his team.

“Whether it’s hardware engineers who can’t get into China because of COVID and still having to having to finalise prototypes with the 200 different suppliers,” he says.

“Or software engineers or the people who make games. Everybody’s just rolled their sleeves up and got on with it.

“We’re going to launch this holiday, we’re going to have a global launch, and we’re feeling good about things.”

The Coronavirus pandemic has, in some ways, had benefits for the gaming industry.

Sales of games and consoles have reportedly gone up and more people have turned to gaming as a way to pass the time.

But the last few months have also provided serious challenges for the industry.

“Obviously it’s a terrible time with the world experiencing all sorts of things, so you need to keep a sense of perspective when you’re talking about video games,” Jim says.

“It’s been a rollercoaster year, we realised quickly we needed to spend more time than we’d anticipated on the existing PS4 community.

“Millions were at home and locked down, with nothing to do but to play.”

Two PlayStation exclusive game releases have been delayed and independent developers have been struggling financially as well due to coronavirus.

Jim says PlayStation stepped in to help with emergency cash: “Many of these are not businesses, they’re small groups of people who often don’t have any money.

“They live hand to mouth, some of them been working on a game for a couple of years and are within sight of the finishing line and then it all kind of blows up because of covid.”

But while the success of the new console is the focus for Jim and his team – he’s keen to stress they’ve not forgotten about PS4 owners.

“If we’ve got 100 million PS4 owners now, the majority of those will not buy a PS5 for a couple of years.

“It’s our responsibility and it’s an opportunity to keep serving them great gaming content and keep them happy.

“I think the events the last two months, have really just focused on mind and open our eyes to just how real that opportunity is.”

Plan to secure internet of things with new law 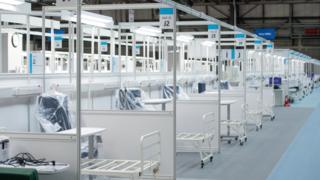 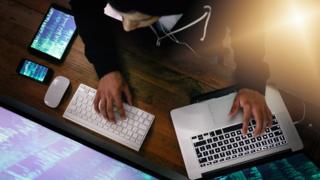