A video of United Nations virtual meeting on financing for development in the era of COVID-19 and beyond, which held on Thursday among heads of states and government and seen by SaharaReporters, has quashed any form of doubt on what truly transpired at the event.

Following a report by SaharaReporters that technical hitches prevented President Muhammadu Buhari from delivering his full presentation at the meeting, his Senior Special Adviser on Media and Publicity, Garba Shehu, took to Twitter to describe the news as fake.

According to Shehu, nothing of such transpired as Buhari had a good outing.

The country’s fake news factory, @SaharaReporters is at it again. President Buhari addressed the conference yesterday. We were there. We all saw it. pic.twitter.com/lhMZTgMzKW

However, contrary to Shehu’s claims, the full video of the virtual meeting obtained by SaharaReporters has indeed proven that President Buhari was knocked out of the meeting while still speaking after feeds from Aso Villa failed to get through to other participants of the important event.

After waiting several seconds to see if Buhari will be able to reconnect with the virtual meeting co-convened by Canada and Jamaica without any success, the floor was given to the Prime Minister of Thailand, Prayut Chan-o-cha.

But before being knocked out of the meeting by technical hitches, President Buhari had few minutes to highlight the impact of COVID-19 on African countries and how the situation was making it difficult for Nigeria to fund the 2020 budget.

Most leaders of other countries including Ghana, who made presentations at the virtual UN meeting, were able to deliver their full speeches without similar problems.

Video of Presidency Lied, Buhari Had Technical Issues, Blacked Out While Giving Speech At UN Event 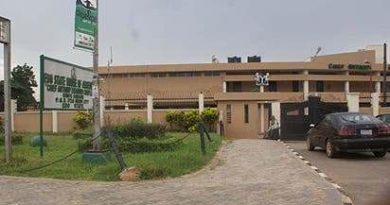