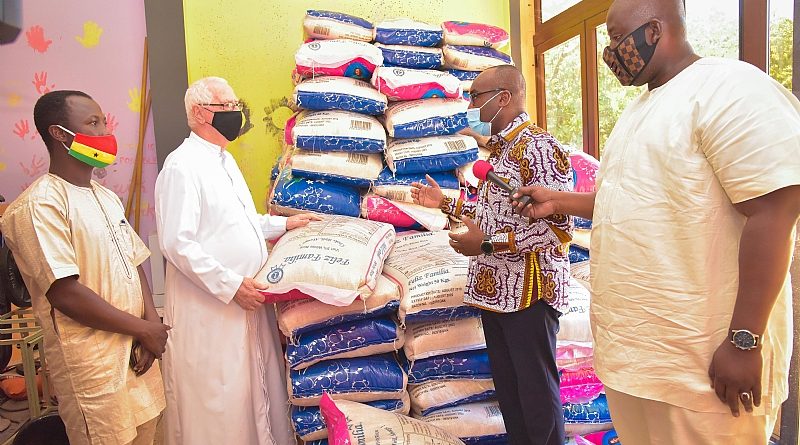 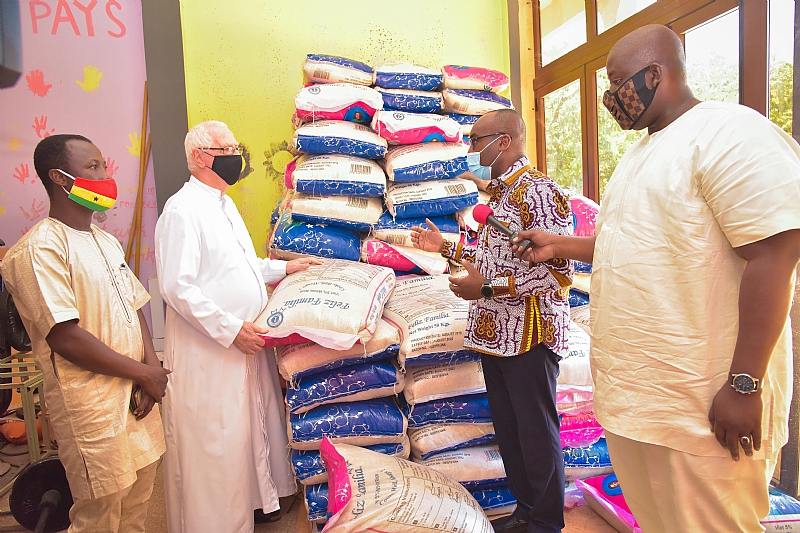 The Vice President, Dr. Mahamudu Bawumia has donated food items to the Christ the King Soup Kitchen and Leprosariums.

The Vice President, who regularly supports both the Christ the King Soup Kitchen and Weija Leprosarium, made the donation as part of his humanitarian gestures towards the needy and less privileged.

The Christ the King Soup Kitchen is an initiative of Rev. Father Andrew Campbell, which, with support from the Church, feeds and helps the less privileged, especially street children. It also provides skills training to help them earn a living, finds their feet, and move away from the streets into permanent accommodation and livelihoods.

“You touch the hearts of so many people and the Vice President is so grateful for it. So he is donating these bags of rice to support the great work that you are doing for the leprosy programme and the soup kitchen,” said the Vice President’s Secretary.

“400 bags of rice for the programmes and may God bless you. On behalf of the Vice President, we say thank you,” he added.

On his part, Father Campbell expressed utmost gratitude to Dr. Bawumia for the support he has been offering the Soup Kitchen and the Leprosariums.

“How grateful I am to His Excellency our Vice President who has sent all these bags of rice; 300 for the soup kitchen and 100 for the leppers,” said Father Campbell.

Father Campbell said that the Vice President’s donation is timely as it has come at a time they are in shortage of food following their intervention to provide food for over 15,000 children during the recent lockdown of Greater Accra and Kasoa.

Apart from the street children, Father Campell added that they have also provided a number of food hampers to Leprosariums in various communities, as well as to some needy families who have requested assistance.

“So what can I say, except thank you. My storeroom, the food is going down. We have cooked a lot of food and we have spent a lot of money. People have been generous to us. And to get this big, bumper harvest, what can I say; I say thank you and I am so grateful to His Excellency.”

Father Campbell said despite the easing of the lockdown, demand for food by hungry street children keeps increasing and added that donations such as what the Vice President has done, will help them to respond and support both the street children and the cured lepers.

“My sincere gratitude to His Excellency for such a generous and wonderful donation.”

Vice President Bawumia is noted for his generosity towards the needy, as well as his special affection for street children and lepers.

He normally celebrates festive occasions such as Eid, Christmas, New Year and Easter with street children and lepers by inviting them to his residence for a party with his family. 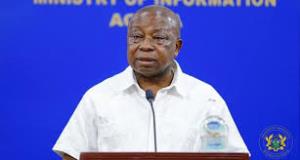 Air pollution has already been linked to a range of health problems. Now, a ground-breaking new study suggests pollution from