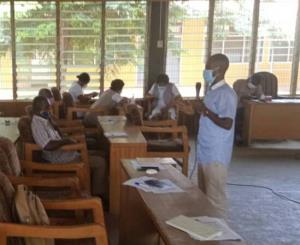 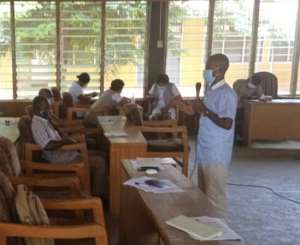 Asutifi North District Assembly (ANDA) in the Ahafo Region with the support of World Vision have rolled – out COVID-19 training exercise for community-based surveillance volunteers in the district to help fight against the novel coronavirus.

The exercise which assembled 98 health volunteers was handled by the District Health Directorate was conducted in four sections namely Kenyasi Sub – District(25), Gyedu(24), Goamu (22) and Gambia(25) in order to meet and respect the social distancing protocol which is a key weapon to curb the virus.

Addressing the media, the Asutifi North District Health Director, Foster Nyarko said, the volunteers are already in the communities mandated to report health cases directly to the directorate for a swift action to be taken. He said as the name suggests, the volunteers are not paid by either the government or the communities but to ensure that good health prevails they have taken upon themselves to serve the district.

Foster Nyarko continued to explained that because their core mandate is to fast – track health information to the directorate, the managers of the assembly headed by the District Chief Executive (DCE), Anthony Mensah and World Vision thought it wise to sensitised and upgrade the knowledge on COVID-19 to bring effective results which are preventing the virus to make the district COVID – free one.

According to the Health Director, the training will assist the volunteers to report matters on the virus especially persons showing signs for the necessary actions to be taken by the directorate to curb it.

“They already know facts about COVID but this training has made them know more,” he stated.

He expressed that they are expected to go back to their respective communities to educate the people as well on the importance of adhering to all the preventive protocols drafted by the Ministry Of Health (MOH) and Ghana Health Service(GHS). He believes positive results would be attained because already the volunteers are doing a marvelous job for the district on health-related issues.

Words of encouragement were given by the Health Director during the training to keep them glued to what they are assigned to irrespective of the challenges faced. He said, their mandate is of importance to the district so the things learned must be put into practised.

He commended the Assembly and World Vision for such initiative and advised others to emulate it to help the country fight the virus effectively.

He added the fight against COVID-19 must not be centered at district capitals only but instead it must cut across just like how ANDA is doing by engaging all.

In order to have an effective fight against it, ANDA has organized many sensitisation workshops and also provided a number of Personal Protective Equipment (PPEs) such as gloves, sanitizers, veronica buckets, liquid soaps, tissue papers among others to both government and private institutions and residents. 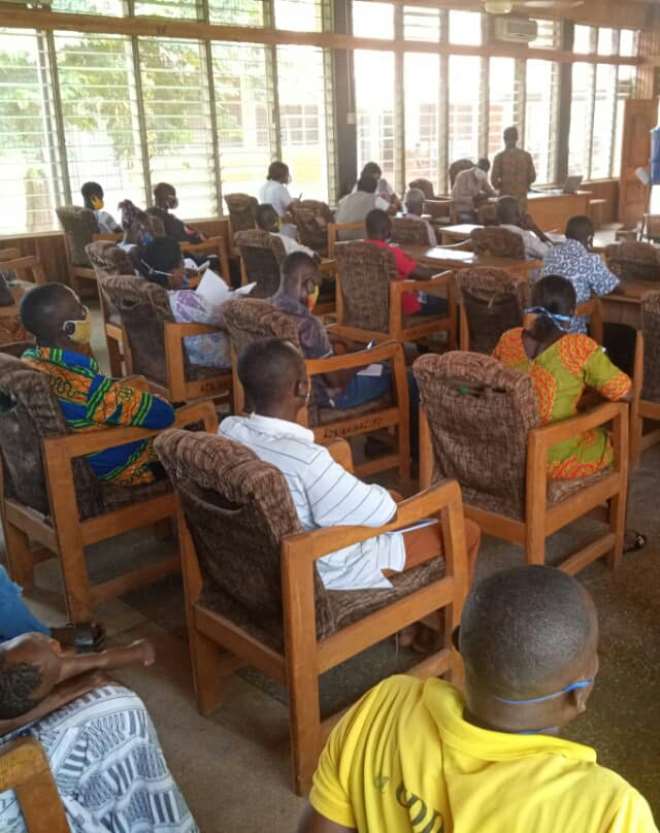 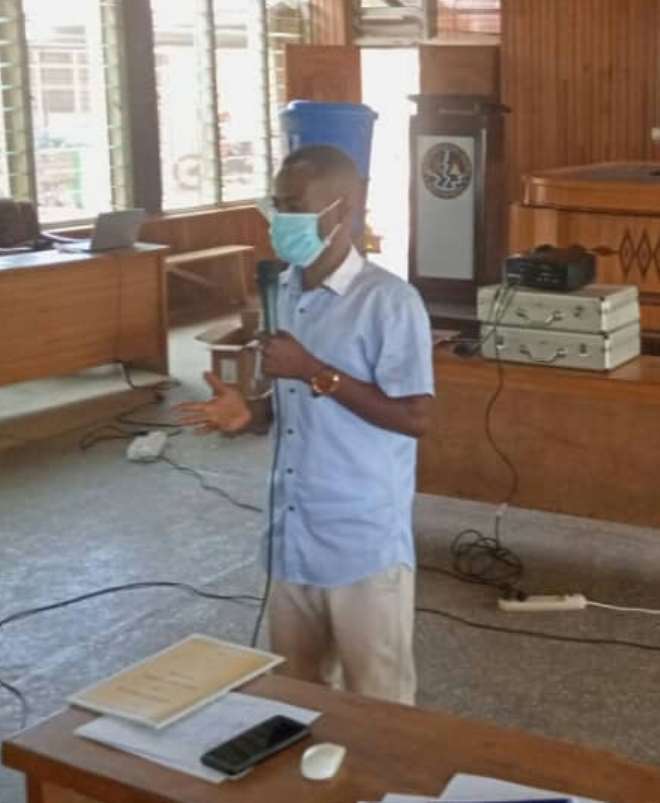 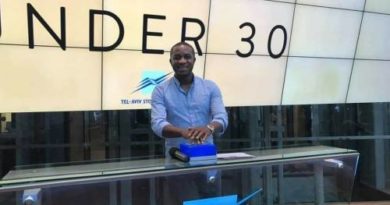 Obinwanne Okeke And Our Crazy Culture Of ‘Blow’ By Sayo Aluko 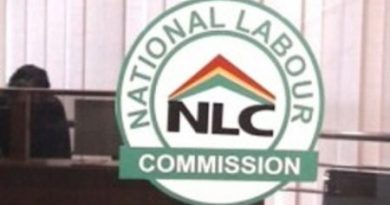