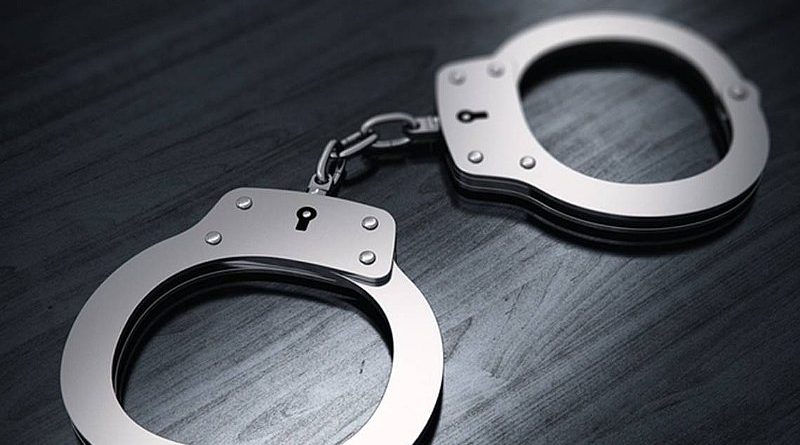 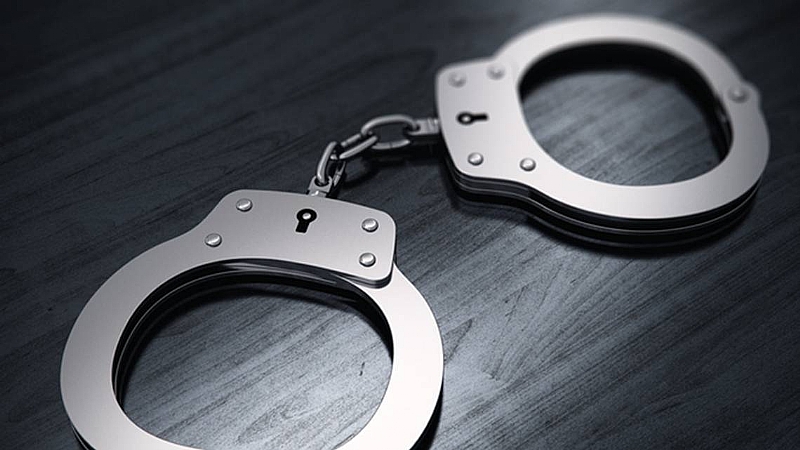 Two persons are in the grips of the Awutu Ofaakor Police Command for allegedly stealing chamber valve belonging to the Ghana Water Company Limited.

Speaking to Citi News, DSP Samuel Shadrack Amfoh, the Awutu Ofaakor District Police Commander indicated that the two individuals were caught in the act stealing the valve at Ota City a suburb of Kasoa in the Awutu Senya East Municipality.

He added that the two were arrested after the Assemblyman for Otamens Electoral Area, Jones Darko Kwarteng informed the police of the act forcing the Police to move in quickly to arrest the two.

“The two were arrested after the Assemblyman for the area informed the Police of the act and we moved in quickly to arrest them. We are going to charge them with stealing, conspiracy to steal and causing damage and will process them to court accordingly. This has been happening for a long time according to GWCL authorities and I believe this is part of the reasons why some areas in Kasoa don’t get a regular supply of water and people end up blaming the Ghana Water Company Limited,” DSP Shadrack Amfoh said.

The Ofaakor Police Commander explained that the cost of the valve according to GWCL authorities is valued at GHS 3,800 and the individuals would be made to pay.

“The cost of the valve is expensive according to authorities at the Ghana Water Company Limited and the authorities have indicated their preparedness to fight this crime,” DSP Amfoh said.

*EDO POLITICS: THE HAND OF GODWIN OBASEKI, THE VOICE OF OSAGIE EHANIRE - AN UNHOLY ALLIANCE*

We are not surprised at the unfolding drama of conspiracy and collusion between Governor Godwin Obaseki Dr. Osagie Ehanire, the Minister of Health. In Obaseki's failed attempt to disgrace Comrade Adams Oshiomhole out of office as National Chairman of the All Progressives Congress, APC, Ehanire was one of the key figures that attended the misguided gathering that Obaseki hosted at Edo House, Abuja. So one can safely say that Obaseki and Ehanire have history.

A few days ago, the leadership of APC admonished Dr. Osagie Ehanire not to tarnish his image by allowing himself to be used by Godwin Obaseki to inflate and manipulate the Covid-19 infection figures in Edo State as a prelude to aborting the scheduled Governorship primaries by declaring a false medical emergency in Edo State.

Not surprisingly, Governor Godwin Obaseki and Dr. Osagie Ehanire were featured on a Channels TV programme yesterday 27th May 2020, reeling out Covid-19 infection figures that could only have been a figment of their imagination, and predictably, the Minister opined that Edo 2020 election timetable may be reviewed in the light of his contrived figures.

We want to prevail on the honourable Minister for Health Dr. Osagie Ehanire to tow the path of honour and not allow Obaseki drag his name and professional reputation to the mud because Obaseki would stop at nothing to realise his blind ambition to secure a second term ticket. He is probably the only one that does not realize that his dream is a mirage and that his handlers are deceiving him for financial gains.

INEC as the umpire has set the rules of engagement for Edo 2020 and Obaseki cannot shift the goalposts in the middle of the game. Members of APC in Edo State will decide who flies their flag through a direct primary on 22nd June, and the people of Edo State will decide who occupies Government House after Obaseki on 19th September, 2020. It is a constitutional issue and not subject to the wishes, or whims and caprices of either the Governor or the Minister.

Only a deaf fly follows the corpse into the grave. Obaseki should let the people lead.

I'll tell you what has changed sir, it's my state: 1. Obaseki refused to continue sharing the state's funds. In 'oiling the wheels of the party', party chiefs are offered contracts, but they don't want, they're only used to 'sharing'. 2. Obaseki sacked the so-called revenue agents (appointed by his predecessor), mostly illiterate thugs who hitherto collected and pocketed most of the funds and turned that state to a gangsters paradise. Edo state IGR went up immediately. 3. Obaseki insisted that supplies paid for by the state before his tenure, such as the equipments and furnishing of the central hospital in Benin (at over N30B) be supplied by contractor, but predecessor wants fresh funds paid for the supplies 4. Obaseki insisted that the new (second) state university build solely by state funds, but for which about 40% equity was assigned to a "private consortium of investors" be assigned to the state entirely or evidence of the private equity contribution be demonstrated to him. 5. Obaseki insists that a 'value for money' be demonstrated by all state contractors, while looking the other way on what transpired before his tenure. Eg. an existing Airport Road in Benin, less than 6km, was dualised at N12B by predecessor, whereas he's done over 20kms of similar roads (St, Saviour, Iriri, Ugbor-Amagba roads, etc) at a tiny fraction of those costs. 6. Obaseki, with the help of HRM (who dismantled community youths hold on lands) and the states assemby, passed a law against land grabbers and streamlined the CofO process (in Benin now, you get CofO withing 2 months!). Before now, the youths constituted themselves into thugs that sold lands at will, very often, to multiple buyers while the authorities looked the other way. It was a former governor's way of settling his foot soldiers, but now, land grabbing is the 'fasted' way to jail thru a committee headed by a former IG of police! Obaseki's predecessor seems to fantasise the Lagos model and wants to install himself as the Jagaban of Edo state. We're all watching with keen interest!