Governor David Umahi of Ebonyi State has banned movements of cattle in the state capital, Abakaliki and its environs with immediate effect.

Umahi disclosed on Wednesday in Abakaliki during a statewide broadcast, the News Agency of Nigeria reports.

“I have told relevant security agencies that I will no longer tolerate the sight of cows within the centenary city and its environs, such as the international market and new shopping mall among others.

“It is an insult for me to be struggling to enter the Government House with cows on the road,” he said.

The governor directed the state Attorney General to get a court order to auction cows seen within the vicinity.

Umahi also said the state would not allow movement of Quranic pupils, Almajiri, to the state as the governors of the northern states had directed that such persons should be returned to their respective states.

“We will not allow Almajiris in Ebonyi and we have to tell ourselves the truth as a people,” he said.

The governor, however, lamented that 90 per cent of the 13 confirmed COVID-19 cases were individuals who sold phone accessories in Lagos.

He noted that such individuals could still engage in such business in the state instead of doing so outside.

Umahi said the victims were exposed to the deadly disease while engaging in such business in Lagos and advised youths to embark on such businesses in the state.

Umahi commended President Muhammadu Buhari and state governors for the manner they had handled the pandemic, urging Nigerians to continue observing laid down precautionary measures.

“When the lockdown was on, cases were recorded in trickles but presently that it has been relaxed, cases are increasing surprisingly.

“I expect another serious lockdown if the cases continue to increase but it has to be with public consensus for us to defeat the monster,” he said.

Dilapidated Nation And Its Decrepit Education System By Erasmus Ikhide 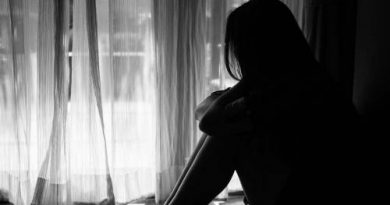