The state government had in a letter through the state Ministry of Physical Planning and Urban Development dated 6th May 2020 and signed Mrs. Pamela Osarenogwo on behalf of the Commissioner instructed Adun to pay the amount into the state government internally generated account and that it would adopt all legal means to recover the cost if he fails.

The state government had on February 5th this year destroyed the hotel alleging that it was built on government land.

But speaking through his lawyer, Barr Leonard Osa-Uwagie, he said the position of the state government is “not sustainable in law for them to do what they have done, they cannot go and ask him to pay N18m over illegality that they have perpetrated, rather they are the one who ought to have reinstated his property and pay him damages”

Uwagie said the action of the government to destroy the hotel was a contempt of the court as the property was destroyed two days to when the judgment was to be delivered on the demolition notice served his client.

He said “When we got to court, we frontloaded our papers, we put all the carts on the table, they saw that our documents were unimpeachable, they abandoned their plea and they were now saying that he built the hotel without a building plan, but the demolition notice stated that he built on government land, they discovered that the allegation was wrong, that he did not build on government land.

“While the judgment was fixed for the 7th of February 2020, on the 5th of February, they took bulldozers there and brought it down.

The law which they were relying on Section 7 (5) of the town and country planning law of Bendel state as applicable to Edo state 1976 says that if you build contrary to an approved scheme, the government will remove it and you will pay the cost but in this situation that we are, they did not tender a scheme to say this is what we plan for the area but they went ahead preempt the judgment of the court and overreach the judgment.

“The issues canvassed have not been determined whether you have the power to issue the demolition notice or whether you have the power to demolish, the matter has not been determined, you went ahead to demolish, and when asking whether the demolition you did is right or wrong, you are still going ahead to issue another letter: it is an affront on the law but good enough, the law may be slow, it grinds slowly but surely.” 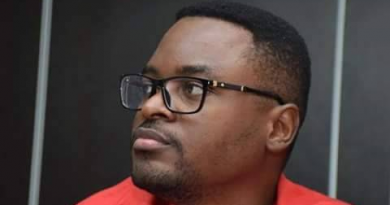 South-East, South-West And North Will Be Biggest Losers If Nigeria Breaks Up, By Fredrick Nwabufo