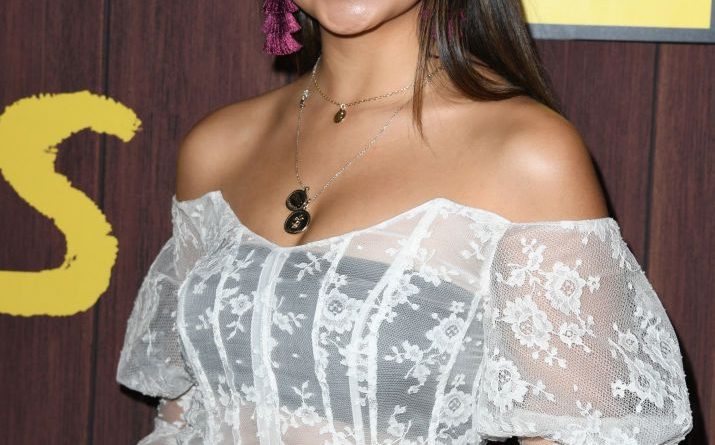 In many ways, Madison Bailey’s Kiara, or “Kie” is the beating heart at the center of
Netflix’s Outer Banks. Amid class warfare and a high-stakes treasure hunt, she’s chosen to forgo her wealthy upbringing in loyalty to the Pogues. Kiara’s free-spirited, open-hearted nature was what attracted Bailey, 21, to the role in the first place, she told the Charlotte Observer. Below, what to know about the breakout star, including her thoughts on those Kiara-JJ shippers.

Bailey grew up in North Carolina, where the show takes place.

In an interview with Seventeen, Bailey said she connected with the character because of their similar upbringings. “I was adopted into a white family. As a kid, you don’t realize that you’re riding on a privilege that doesn’t belong to you,” she explained. “Growing up and going out on my own and [I realized I was] being treated differently than I had been my whole life. People using derogatory words or saying harsh things were completely foreign to me. It took a while to find my footing and realize who I am and how I’m viewed when I’m not standing with my parents. I think not fitting in anywhere is something a lot of mixed people specifically struggle with, especially in a small town in the south.”

Bailey’s sister is her stunt double on Outer Banks.

Another hometown tie Bailey shares with the Netflix series—her older sister Katie is her stunt double. Charlotte Observer reported that Katie assumes the role of Kiara whenever the character needs to hop fences or climb outdoors. “She’s in gymnastics,” Bailey told the outlet. “My sister had never done stunt (work), but I talked with the stunt coordinator and it was such a chill show…It’s amazing they gave us that opportunity and experience together.”

She was one of the last actors cast in the series.

Although Bailey seems to be a natural fit for the role of Kiara, she entered Outer Banks relatively late in the casting process, she told Harper’s Bazaar. Madelyn Cline, Jonathan Daviss, and Rudy Pankow had already been cast in their roles as Sarah, Pope, and JJ, respectively.

Bailey told the outlet that she ended up meeting Pankow on a flight to South Carolina for her final callback. After they passed each other on the plane, she said, “I had a DM from him. He was like, ‘I knew you were Kiara the second I saw you.’ And I was like, ‘Oh my God, did this guy three seats up really just DM me?’ He went and found our mutuals, found my page, and messaged me.” Shortly after, Bailey got the role and the rest is history.

Bailey also has no idea what’s going on with Kiara’s love life.

Speaking of Pankow, Bailey is aware that fans would like their characters—JJ and Kiara—to get together romantically. But, as viewers know, Kie broke the cardinal rule, “Pogues don’t mack on Pogues,” with a few of the characters. Early in the season, Kiara was kissed by John B. (Chase Stokes), before they decided to stay friends. And in the finale, she and Pope (Daviss) kiss when he admits his feelings for her. Even though JJ is the only one in the friend group Kiara doesn’t lock lips with, fan support for that relationship is evident.

“I think people want what they don’t have in a way,” Bailey told Entertainment Weekly about the JJ-Kiara dynamic. “If it was me and JJ, then people would be like, ‘Well, what about Pope?’ It’s just the one connection that we didn’t even realize we were creating at all, and J.J. is the only other Pogue that Kiara doesn’t have any romantic interaction with, so I think that’s why they want it.”

In addition to acting credits on shows like CW’s Black Lightning and NBC’s Constantine, Bailey also has quite the voice. In an interview with Seventeen, she said, “I’ve been singing since I could talk.” Some of her favorite artists, per the outlet, include J. Cole and Tierra Whack. Bailey also shares videos of herself singing and playing the ukulele with her 1.6 million Instagram followers.

Catch up with season 1 of Outer Banks on Netflix 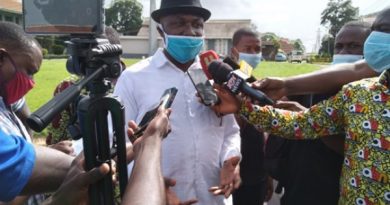 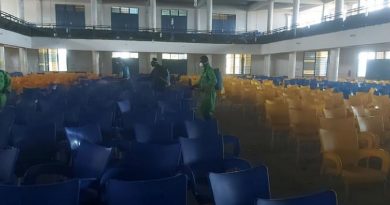 Renowned lawyer and former Chief of Staff under the Jerry John Rawlings’ regime, Nana Ato Dadzie has expressed disappointment in