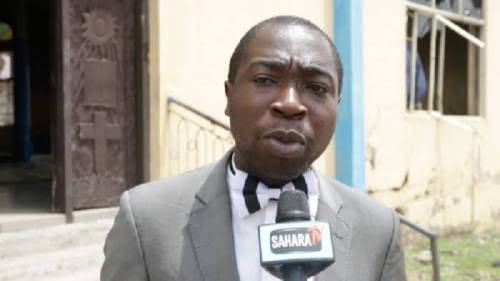 Three things are happening in quick succession. The Organised Private Sector including but not limited to Nigerian Employers’ Consultative Association and the Lagos Chambers of Commerce and Industries,  the fledging big business Assembly in Lagos,  the commercial nerve centre of Nigeria ,jointly and severally opposed the proposal for fresh total lockdown in Lagos State in particular and Nigeria in general.The grounds asserted by the Organised Private Sector is that another fresh total lockdown will result in 24.5 million job losses and lead to 45 percent leap in unemployment.

The second development is the opposition of the top layer of the leadership of the labour movement to the proposed extension of  total lockdown nationwide by the Federal Government of Nigeria. In particular, the grounds stated by the Nigeria Labour Congress  are that the majority of the Nigerian working people are Informal workers, who rely on daily hustle to make ends meet.

The third important development is that Major General Muhammadu Buhari, the President of the Federal Republic of Nigeria will today, 18th May, 2020 address the country over the current total lockdown nationwide. According to feelers , the President may declare gradual easing of the lockdown . However , we cannot independently verify these projections.

A picturesque of the total lockdown in Nigeria, based on the update on the Nigerian Centre for Diseases’ Control as at 2:18 pm ,   have seen confirmed cases rise to  5, 959 cases with 4, 183 active cases . Only 35, 345 cases have been tested thus far with about 1, 594 cases discharged and 182 confirmed deaths as a result of COVID-19 thus far.

With less than 200 casaulties, Nigeria’s COVID-19 situation is a far cry from the huge casaulty rate in Europe and America. Killings from police brutality saw around 18 dead , according to the National Human Rights Commission. This is aside waves of unrests by unemployed rampaging right-wing youth cult forces  left many injured . According to the World Poverty Clock, the poverty index during the lockdown increased by 50 percent.

1. The huge youth  demography index of Nigeria , second to India , without a medical history of respiratory diseases reduces the level of casaulty rate.

3. Malaria, typhoid fever , Lassa fever and other viral infections are degrees of COVIDs and in the absence of widespread orthodox health facilities , resort to alternative medicine with quick recovery rate. Under exposure to COVID-19 with advanced medical Technology , recovery rate is higher .

Going further, what is needed to be done , under the prevailing circumstances, is to upgrade the present health infrastructure across the country and fumigate workplaces, schools and Universities.

However , not one new hospital has been built by all sections of the ruling class ,either under the total or relaxed lockdown.

What the ruling class has embarked on is a class and physcological warfare  against the working people. Under the blows of the global economic crisis and crash of prices at the world oil market , the ruling class has taken out a fresh $3.4 billion to Nigeria. A gloomy class onslaught is looming.

The big business as represented by NECA and LCCI are merely interested in having workers released from the lockdown for their mega-profits without any preparation to guanrantee workers’ health and safety.

The approach of the ruling class is not also not altogether different. It will not be a complete suprise if Major General Muhammadu Buhari goes ahead and declare guidelines of relaxation of lockdown during tonight’s Presidential address.

It is clear to the entire ruling class that any further extension of the total lockdown nationwide will lead to outbreak of anti-lockdown protests like Guinea , Senegal and South Africa. The ruling class consciously avoided a class confrontation by easing the lockdown in Lagos, Ogun States as well as Federal Capital Territory, Abuja, after seeing weeks of unrests.

What the labour movement needs to do is to put forward a fighting programme of action by placing demands on employers and respective levels of government to:

1. Put in place health and safety standards in the workplaces, factories  and industries  before reopening.

2. Aggressive investment in health services provisions for workplaces and communities

3. Aggressive investment in healthcare services in schools , colleges and universities.

This argument is completely unscientific as such a general Strike , if called by the labour movement will not only be unpopular among the broad layers of the working People, it will fail to tally with the mood of the rank and file workers , who are eager to embark on daily hustle after being kept down on hunger  after a prolonged  work-stoppage for months.

It is more scientific for the labour movement to push for gradual relaxation of the lockdown with guarantee for health and safety in the workplaces, factories and industries, build pressure from below with charter of demands on employers and governments, rally workplace pickets and rallies  against defaulting employers and governments as a step towards all-encompassing mass mobilisation against neo-liberal policies such as  IMF loans , including but not limited to nationwide protests towards series of general strikes.

However, the current Outlook of labour leaders does not tally with the above outlined fighting programme of action. Recently two major labour centres , the NLC and TUC set up the Labour and Civil Society Situation Room, which is to be replicated at State Councils. There is a Circular to the State Councils to the effect that it should be implemented.

The Labour and Civil Society Situation Room, based on its brief is meant to be more or less an Advisory Desk for respective levels of governments. It is not designed in any way to a drawing room for planning of concrete combative actions against big business and the ruling class.

Where it is possible for genuine revolutionary forces to penerate the Labour and Civil Society Situation Room across different State Councils , they should be utilised to engage the labour bereaucrats and push them into action, where possible.

Beyond this is the urgent task of rallying the fighting sections of the labour movement (ASUU,etc), radical nuclei in the professional Associations such as NBA, NMA, combative layers of the students’ movement (NANS Zone D, ANSA, etc) , pro-working people’s civil society forces (JAF, CORE, etc) on a PROGRAMME OF ACTION of building a MOVEMENT FROM BELOW against NEO-LIBERAL ATTACKS that lies ahead.

Does Nigeria Really Need A Revolution Now? By ‘Fisayo Soyombo 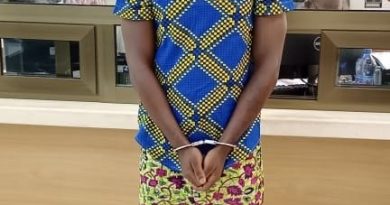