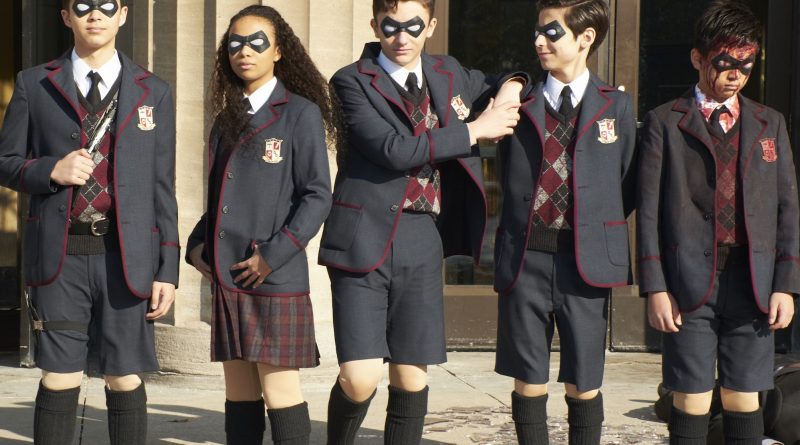 Spoilers for season 1 of The Umbrella Academy below.

Your favorite ragtag group of superhero siblings are reuniting for a second season. Netflix announced The Umbrella Academy season 2 will premiere on Friday, July 31. When the unconventional comic book series’ first season hit Netflix in February 2019, it became one of Netflix’s Top 10 most popular releases that year, Deadline reports. Ahead, everything we know about the new installment.

Cast members from the hit Netflix series announced via a socially-distant video montage that a second season drops on July 31. The show, based on the graphic novel series by My Chemical Romance frontman Gerard Way and illustrator Gabriel Bá, will follow its first season format with another 10 episodes dropping at once.

All seven of the central superheroes are set to return.

The White Violin (Ellen Page), Spaceboy (Tom Hopper), The Kraken (David Castañeda), The Rumor (Emmy Raver-Lampman), The Seance (Robert Sheehan), and The Boy (Aidan Gallagher) are all returning for season 2 of The Umbrella Academy. All seven main actors appeared in the announcement video and will reprise their roles.

There’s no word yet on whether other cast members will return alongside the Hargreeves siblings, including the villains (Kate Walsh as The Handler, Mary J. Blige as Cha-Cha, and Cameron Britton as Hazel) and Colm Feore as the family’s late patriarch, Sir Reginald Hargreeves. However, the element of time travel introduced at the end of season 1 suggests anything is possible.

A trio of new cast members have been confirmed for season 2.

Joining the dysfunctional gang of superheroes are three new characters. TVLine reported in September that Yusuf Gatewood (The Originals) will play Raymond, a natural-born, confident leader; Marin Ireland (Homeland) will play the no-nonsense Texas mom Sissy; and Ritu Arya (Humans) will play Lila, a chameleon “who can be as brilliant or as clinically insane as the situation requires.”

The second season will have to answer that time-traveling cliffhanger.

Season 1 of The Umbrella Academy followed seven of the 43 infants inexplicably born on the same day to unconnected women who showed no prior signs of pregnancy. The children at the center of the show were adopted by a billionaire (Hargreeves) who founded The Umbrella Academy as a training ground for superheroes. While the siblings initially go their separate ways, they reunite to solve the mystery surrounding their late father’s death. But at the end of season 1, the team fails to stop a global apocalypse and are seemingly forced back in time.

Catch up with The Umbrella Academy season 1 now.

Special Advisor to the President on Health, Dr. Anthony Nsiah Asare has refuted media reports that about three million Ghanaians