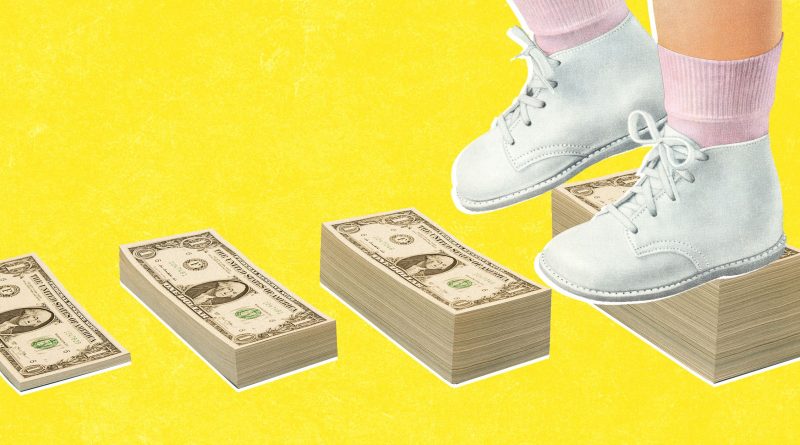 The first time I ever spoke to Nabilah Islam, the 30-year-old congressional candidate in Georgia’s 7th district, the COVID-19 pandemic was weeks away from restructuring the lives of millions of Americans—we just didn’t know it yet.

This time around, our phone call starts as most of my conversations do these days. “Are you safe and healthy?” she asks me from her home in Lawrenceville, Georgia, where she lives alone. “Family safe and healthy?”

When Islam launched her campaign in February 2019, she was already destined to deal with the unknown. The progressive organizer is one of several Democratic candidates looking to fill the seat most recently held by Republican Rob Woodall. Islam supports platforms like Medicare for All, raising the minimum wage, and the Green New Deal. But this past January, she made headlines when she decided to petition the Federal Election Commission to allow her to use campaign funds to pay for her health insurance. She was inspired by Liuba Grechen Shirley who, while running for office in 2018, filed a petition with the FEC to use campaign funds to pay for childcare. The FEC approved Grechen Shirley’s request, and she went on to start the Vote Mama PAC, which supports Democratic moms with young children who are running for office.

When You’re a Candidate, Who Pays the Babysitter?

FEC Rules Candidate Can Use Funds for Childcare

Both women approached their requests with the same idea—that supporting candidates with different backgrounds and needs will ultimately lead to a better, more diverse Congress.

“It wasn’t until I was actually running for office that I realized the reason we lack representation for working people in Congress is because it’s so hard for us to get there in the first place,” Islam says. “One of the biggest reasons is it’s cost prohibitive to run. I live in a state that hasn’t expanded Medicaid. Even if I wanted to qualify for Medicaid in Georgia, I can’t because I’m a single woman without children.”

She did purchase a healthcare plan when she first launched her candidacy, but says it wasn’t compliant with the Affordable Care Act and didn’t cover enough to make it worth the cash, especially when she realized campaigning competitively left her little time to work another job. She cancelled in order to save money and continue running. To take care of herself, Islam has a multi-vitamin every day, runs in the morning, and tries to eat healthy foods when she can. To limit expenses, she skips buying new shoes, covering up any scuffs with a permanent marker. She’s avoided expensive doctor appointments, self-treating a pain she’s had in her back molar for the past year.

But it shouldn’t have to be this way, Islam says, and it shouldn’t be harder for candidates with working-class backgrounds to make it to the finish line. Islam is the daughter of Bangladeshi immigrants, and growing up, her dad worked as a file clerk at the IRS, and her mom bounced from low-wage job to low-wage job. Until Islam was five years old, her mom worked at Hardee’s and meals at home often included cheeseburgers. Her family was always able to pay the bills on time, but watching her parents work hard and struggle was what inspired her to get involved in politics in the first place.

“The average net worth of a Congressperson is $500,000, and that doesn’t reflect America today. Instead of feeling ashamed of the fact that I wasn’t a rich person, I was just like, ‘This is a problem.’ This is why government isn’t for us—because it’s not by us. I just leaned into it. It’s really vulnerable to talk about the fact that I don’t have healthcare or that I put my college loans into forbearance or the fact that I’m eating ramen on an everyday basis.”

Now with the ongoing COVID-19 pandemic, Islam has self-quarantined and taken her campaign virtual. Her days are filled with Facebook Lives, Instagram Lives, virtual town halls, and Zoom calls. Naturally, Islam knows that nothing can ever replace face-to-face contact with potential voters, but she’s hoping that their virtual efforts can have a similar effect. After all, her primary falls on June 9th, and she still needs to ask for campaign contributions, while keeping in mind that 36 million Americans have claimed unemployment during the pandemic. And there are other hurdles: In Georgia, which has had 38,000 confirmed cases of COVID-19, residents were sent absentee ballot request forms in order to “encourage remote voting.” Her calls to voters now include questions about whether they got their ballot in the mail or have any questions about the process.

But Islam says the crisis has also given way to more meaningful conversations. What’s the point of pretense when we all know we’re struggling? Islam has heard from a small business owner who dipped into his life savings to pay his workers’ salary. She heard from another whose hours were cut and was looking forward to getting the stimulus check, but then found out his family didn’t qualify because he’s married to someone who’s undocumented.

Islam’s team has also seen some encouraging stats: Of the more than 40,000 people who’ve requested an absentee ballot in GA-7, 66 percent of them hadn’t voted in at least the last two primaries.

“It’s re-energized my purpose in why I was running for Congress in the first place, making sure that this district has a representative that knows what it’s like to be left behind in a moment of crisis,” she says. If it was scary for her to not have health insurance prior to the pandemic, it’s “really terrifying” now.

Islam hasn’t heard back from the FEC yet—the body has been mostly powerless since August due to a lack of commissioners—but to her, the request only makes more sense in the shadow of coronavirus. “I don’t know what [campaigning is] going to look like a year from now. Will we be doing handshaking and having these large rallies? If so, people are going to want to make sure that they have health insurance, so that they can run full-time and not be afraid of going bankrupt.”

“It’s re-energized my purpose in why I was running for Congress in the first place, making sure that this district has a representative that knows what it’s like to be left behind in a moment of crisis.”

For now, Islam continues to campaign. She pulls on jeans and a nice shirt and does her hair to feel prepared for the day, donning a suit jacket for Zoom calls. She talks to her parents about why they can’t go outside to buy groceries. She visits them to deliver food and to spend time during the month of Ramadan. Islam believes that ultimately the pandemic will encourage people to do their part in the political process, to ensure the next time there’s a crisis, the fallout isn’t this bad. But there’s also a chance it will discourage people from trusting government, or make them afraid to shake up the status quo. Perhaps now, more than ever, it’s impossible to say what the future will bring, for Islam but also for the rest of us. And isn’t that unifying feeling of precarity what she’s been campaigning on all along?

Trump slammed for sexist rant about cleaning: “He’s never run a dishwasher and thinks only women do” 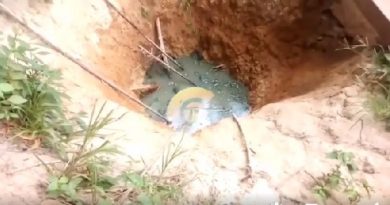 President Akufo-Addo has said government intends enhancing the measures of tracing, testing and treatment to arrest the new threat of