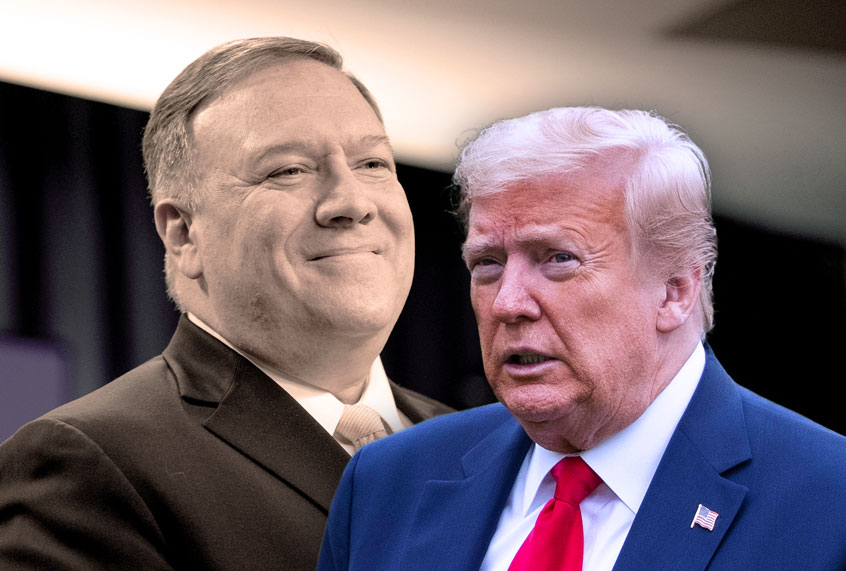 Never let it be said that the Trump administration can’t walk and chew gum at the same time. Even as the president’s minions work overtime to botch every single aspect of the federal response to the COVID-19 crisis and prepare to cover up the number of cases and the number of deaths in order to make his “numbers” look good, they still manage to find the time to complete the purge of Trump critics within the government and destroy all mechanisms for accountability.

Trump’s forces have pretty much rendered the Congress impotent, going so far as to argue before the Supreme Court last week that not only should a sitting president be immune from any and all investigation and prosecution, he’s also immune from congressional oversight. It’s well within the realm of possibility that the right-wing majority on the court will see it their way — at least when it comes to Republican presidents. (I wouldn’t expect them to feel bound by their own precedents when it applies to Democrats. )

On Friday night, the administration announced the fourth firing in six weeks of an inspector general, State Department IG Steve Linick, in what the Washington Post has dubbed a “slow-motion Friday Night Massacre.”

Back on April 3, Trump fired intelligence community IG Michael Atkinson, in retaliation for his having done his job by passing on a whistleblower’s complaint to Congress about the president’s phone call with Ukrainian President Volodymyr Zelensky. That seems like another era of history now, but it did indeed lead to Trump’s impeachment. A week later he removed acting Defense Department Inspector General Glenn Fine, who had been tasked with overseeing the $2 trillion pandemic relief fund. He was replaced with a Trump loyalist.

On May 2, acting Health and Human Services Inspector General Christi Grimm was removed after Trump learned about a report she wrote that found severe shortages of supplies and equipment in hospitals around the country. Trump told the press that Grimm’s report was wrong and accused her of being an Obama partisan, although she’d been a career official for two decades under both Republican and Democratic administrations.

The latest is Linick, who had come under fire during the impeachment inquiry when he delivered to Congress some bizarre documents he’d received from Rudy Giuliani about Marie Yovanovitch, who was then the U.S. ambassador to Ukraine. Again, Linick was only doing his job, but it was seen as an act of disloyalty to the king.

Linick was spared from the purge until last week, perhaps because he’d been critical of former Secretary of State Hillary Clinton’s email practices, which no doubt pleased the president. It appears he finally went too far, however, and was investigating Secretary of State Mike Pompeo’s use of State Department personnel for personal use. By all accounts, Pompeo requested Linick be fired and Trump was happy to comply.

Considering the vast amount of corruption, graft and self-dealing by Trump and his cronies — even now, during the COVID-19 crisis — this scandal almost seems quaint. It brings back memories of the early days of the Trump presidency when half his cabinet members were behaving like members of Louis XIV’s inner circle, traveling in private planes at taxpayer expense and using staff as their personal valets.

Who can forget former EPA administrator Scott Pruitt, who not only spent vast amounts on unnecessary travel, but was so paranoid he had his office soundproofed and demanded around-the-clock security, including 18 agents who cost the taxpayers millions of dollars? Pruitt didn’t even try to hide all that, but it nonetheless took months of blaring headlines before he was finally forced to spend more time with his family (as the cliché has it). Then there was HHS Secretary Tom Price, who finally resigned after multiple investigations into his use of private charter and military jets to travel around the country on your dim and mine. Former Interior Secretary Ryan Zinke likewise had to resign after it was revealed he too was bilking the treasury for extravagant travel expenses.

Others managed to survive, notably Trumpfamily members like Jared Kushner who used his position to pursue a business deal with a Chinese company with ties to the Beijing government, as well as some dubious Middle East dealings to help his family’s real estate business. HUD Secretary Ben Carson remains in his office doing God knows what, despite having been caught spending wildly on office furniture. Treasury Secretary Steve Mnuchin wriggled out of his own expensive travel scandal. And of course there’s the president himself, who has been promoting his own businesses and profiting from them the entire time he’s been in office.

The sheer magnitude of corruption in the Trump administration has been unprecedented and yet it all seems like a distant memory. One of Trump’s great gifts has been to offer up so much carnage, graft, incompetence and scandal that it’s hard to keep track of it all.

Pompeo is a different case. His scandal has to do with his wife Susan, to whom he is exceedingly devoted. Indeed, reports suggest she is constantly by his side constantly. When he was CIA director, there was reportedly consternation over the fact that Susan Pompeo commandeered office space at the agency’s headquarters in Langley, Virginia, and was “assisted” by CIA employees, who could have been forgiven for thinking they were expected to do whatever the director’s wife told them to. According to the Washington Post, Susan fashioned herself as the “first lady of the CIA,” which isn’t actually a thing.

From the beginning, there have been raised eyebrows in both the CIA and the State Department over Susan Pompeo’s extensive travel with her husband, which he has referred to as a “force multiplier.” Apparently she runs meetings as well, in some quasi-official role. Someone filed a whistleblower complaint last summer about the Pompeos tasking staffers with personal errands. No one knows this for sure, the assumption is that Linick, the State IG, was looking into that matter as well, prompting Pompeo to request that he be fired.

But something has changed since the days of the Scott Pruitt scandal. Trump and his henchmen no longer care about “optics,” if they ever did, and now believe there are no legal constraints on their behavior at all. If a government watchdog displeases them, they just fire her and install a loyal minion in her place. The Department of Justice is their personal Praetorian Guard. They know their media friends will cover for them and they feel no fear of Congress or the courts.

The president clearly believes he can put an end to independent watchdogs and whistleblowers altogether:

Perhaps Trump will lose in November and a new administration government will be able to put safeguards in place to prevent any future president from manipulating the system this way. But that will be difficult.

Trump has demonstrated for all the world to see how easy it is for a corrupt leader with no integrity or honor to use the power of the presidency to dismantle all the levers of accountability, as long as he has enough members of the Senate behind him. A more intelligent and cunning demagogue will be able to use this much more efficiently and ruthlessly than he has done. 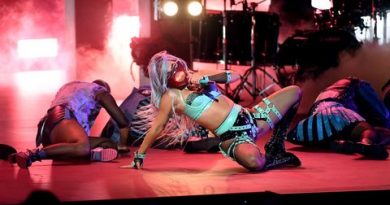 The Art of Becoming Santa Claus

Akufo-Addo Commiserates With Rawlings Over Death Of Mum