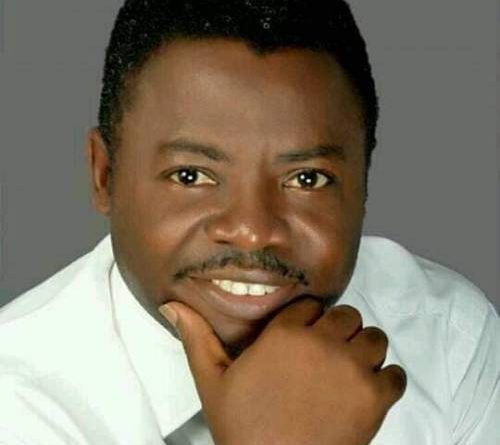 In my last piece under the headline: Merchants Of Nation, I encapsulated our troubles in the hands of money mongers who masquerade as leaders. People whose motive in bending over to ameliorate the challenges of the vulnerable members of our society must come at a price.

Everywhere you turn, their grandiloquence stares you in the face. They litter the entire national space and appear ubiquitous. Mostly, they hold sway in political circles either as king makers or party chieftains trading the nation’s interests under the guise of loyalty to party and its supremacy. But most often, such loyalties are to one man and the supremacy of his ambition.

In retrospect, Professor Wole Soyinka must have asked Omoyele Sowore the question, ‘where are the young people? But for the lethargy of the young Nigerians, considering his age and his long fought battles, by now, Soyinka’s legs should have tired and retired from walking the streets in protest of bad governance. But unfortunately, going by way things are the professor’s feet may never know rest and so the struggle continues.

At age 33 in 1967, young Wole Soyinka could not stand the sight of millions of Nigerian children trapped in the decision of the adult population of the South East who were given to the cessation agenda and the desire to birth the Biafra nation without due consideration for their vulnerable women and children. The entire region ended up ravaged by war. And with its attendant consequences of economic dislocations and displacements, poverty became rife, wives and daughters became sex toys in the hands of “Army of occupation” in returns for a morsel of bread just to stay alive. At the end, mothers could hardly tell which was their child for dominant impact of gene that allows for recognitions had gone recessive. Millions of these children roamed the war torn South Eastern region looking alike: big headed, sagged chins, visible ribs, and protruding, glistering stomachs. Host of “kwashiokorished” children trailed by vultures that had migrated from as far as the Sahara to feast on whichever child that dropped first! Meal that a senseless war had made of humanity!

Soyinka could not bear it anymore and he rose to the occasion. He made an appeal for ceasefire. But merchants of nation, the unreasonable power  mongers in khaki and their civilian collaborators will have none of it. Many had become billionaires trading in guns and weapons of wars. They refused to let go!

Wole Soyinka was accused of conspiring with the Biafran Rebels and was slammed to jail. For 22 months he was held as a political prisoner of war. I guess the passion he once felt and the price he paid to see the war end for the hope of a greater Nigeria to be kindled must have come to mind when he leaned towards Sowore to ask, ‘where are the young people?

Where indeed are the younger generation?

Prof., no doubt, is eminently qualified to ask such a question. And so are few other Nigerians. After his release from incarceration in 1965, Prof. had led many protests in the company of compatriots relying on the support provided by the army of other young Nigerians. Men like, Gani Fawehinmi, Dr Beko Ransom Kuti, Debo Adeniran, Femi Falana, Adams Oshiomhole and many other regular foot soldiers who for want of space we may not list here. These had walked the streets along side the Professor in company of ever ready young people in demand for a greater nation.

Unfortunately, some have fallen in the midst of the battle. Others have come of age and may be tired in body but not in Spirit who for lack of capable replacement cannot even retire. Femi Falana is one never tired in spirit who must help provide answers to Soyinka’s question. And unless answers are found, the labour of these heroes of the masses will be in vain.

As an activist since his university days, Professor Soyinka had been involved in the students union movement. Even as a lecturer and when political parties were formed in the first republic, the student wing of political parties were the platform for the expression of young Democrats. How can we forget the impact of the great Zik, the Sage, Awolowo and other first generation of leaders on younger Nigerians? Their proteges embraced progressive political ideology and this began to drive activism in persons without whose efforts the nation would not have gained independence.

It was a 30 year old Anthony Enahoro, in 1953 that first moved the motion for the independence of Nigeria. His effort was complimented by Samuel Ladoke Akintola who in 1957 at 47 again moved the same motion. Then came the turn of Remi Fani-Kayode, who at 37 in 1958 moved the motion that finally led to the emancipation of our great nation.

We cannot wish away the drive for an egalitarian society that saw the crops of young people buy in to progressive ideology. At inception, the Late Chief Bola Ige championed many exploits of the young members of the Action group. Also young then but now old and still standing as an inspiration personally to me and others in my generation is Chief Ayo Adebanjo whose dogged fight for the restructuring of the country is unassailable.

The versatility of young blood in politics saw the formation of the youth wings of political parties. The Students wing of the Action Group was at best a model that must be revisited.

In 1993, again national duty called out the Professor. This time to restore the hope he once foresaw in the Nigeria project that kept him out of circulation all through the civil war. Hope was close for actualisation. Nigerians had lined up to elect a President in Moshood Olawale Kasimawo Abiola. The free and fair election was annulled by the military Government of Ibrahim Babangida who was not prepared to let go of power. The battle line was drawn between the military and the masses of our people. In the front line of the battle for the masses was 59 years old Wole Soyinka. The regulars were also not missing: Gani Fawehinmi, Beko Ransom Kuti, Femi Falana, Mike Ozekhome, Olisa Agbakoba Ademola Ogunlana, Shehu Sani, Chris Ubani, very many others in NADECO movement. Some died in the battle and others defected to the merchants of nation who bought their consciences for a price.

The struggle was to pave way for new entrants of Democrats like Bola Ahmed Tinubu and many unsung soldiers like yours truly who played their little roles in their little conners. Privileged to stand with Wole Soyinka and other activists in the front line of the battle was young Revolutionist Omoyele Sowore who at 22 was then the President of the Student Union Government of the University of Lagos. Lagos being the theatre of war for the actualisation of Hope 1993, necessitated the need for Sowore to keep ranks with the Generals in the People’s army, a billing he has lived up to since then.

Wole Soyinka knew the role of young people, students in particular, in freedom fighting against the colonialists, which began in 1925 with the formation of West African Students Union started by the duo of Ladipo Solanke and Herbert Bankole-Bright. Their activities ran into the 1960s till all West African States were seen through independence. Where indeed is the spirits of young people that fought the colonialists?

The role of young Enahoro in 1956 birthed our nation’s independence. The engagement led by Segun Okeowo gave Obasanjo a match for his stubbornness, as the armies he commanded screamed, Ali must go! Where are all the nostalgic memories of the role of our young people in our liberation movements?

Yes, where are the young people! When they were organised under the banners of NANS, they were strong enough to take on the Abacha Junta till he breathed his last. Our democracy came at a great price, and its sustenance will be at no less a price. A RESURGENCE of the National Association of Nigerian Students again must come to the rescue. We must call out the young people and get them organised to take their place in the struggle for the redemption of Nigeria to guarantee their future.

Young Nigerians, at home and in the diaspora, where are you?

The need to aggregate the young people as a dependable 3RD FORCE for the course of nation building and defence of democracy far outweigh our individual ambitions.

To the last man standing, Revolutionist Omoyele Sowore, where indeed are the young people?

Foot notes: A must read is Part 3; the concluding part of Merchants of Nation, titled: Beware Of Merchants. 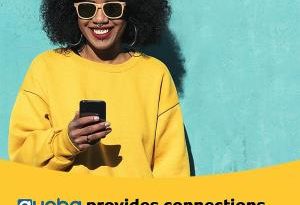