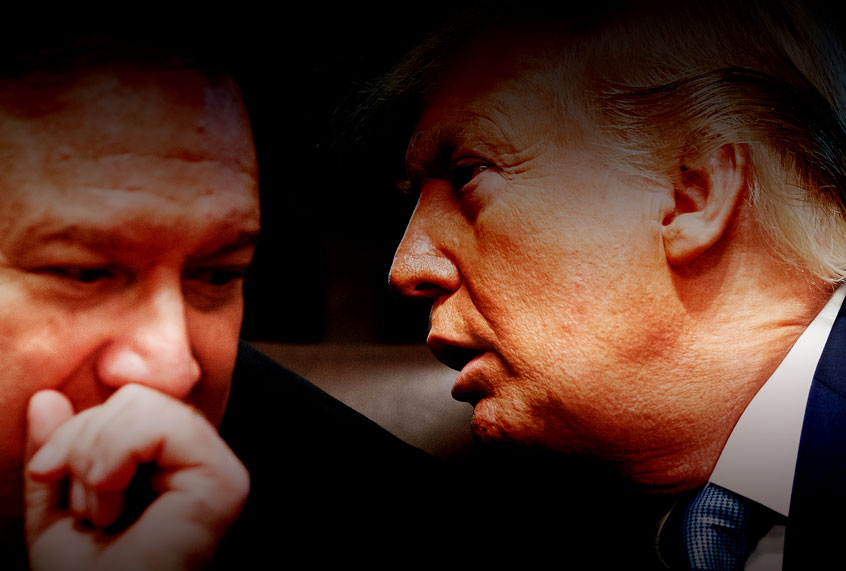 Fired State Department inspector general Steve Linick was investigating allegations that Secretary of State Mike Pompeo made an aide run personal errands at taxpayers’ expense before he was ousted over the weekend, according to multiple news reports.

Linick was probing whether Pompeo made the staffer walk his dog, pick up dry cleaning and make dinner reservations for him and his wife, two congressional officials told NBC News. The officials told the outlet they are working to find out if Linick may have had other ongoing investigations into the secretary of State.

Linick investigated several issues at the State Department which “agitated” senior administration officials, though it is unclear what specifically triggered his Friday firing, The Washington Post reported. A White House official told NBC News that Pompeo had “recommended” that Linick be removed, and President Donald Trump approved the request.

Pompeo’s use of taxpayer funds at the State Department has drawn scrutiny from Congress, as well. Congressional investigators probed a separate whistleblower complaint that Pompeo had used taxpayer-funded Diplomatic Security agents to run personal errands for him, according to CNN. Diplomats raised concerns last year about Pompeo bringing his wife on official trips during a partial government shutdown, requiring additional staff. Sen. Bob Menendez, D-N.J., the top Democrat on the Senate Foreign Relations Committee, in October called for a special counsel investigation of Pompeo’s use of a State Department airplane and funds to make frequent visits to Kansas while he was reportedly mulling a Senate run.

Linick is the fourth inspector general removed by the Trump administration over the last six weeks. He was replaced by Stephen Akard, a “trusted ally” of Vice President Mike Pence, according to The Post.

Trump fired the inspector general for the intelligence community, who alerted Congress to the whistleblower complaint that led to Trump’s impeachment, in April. He fired the acting Defense Department inspector general, who was in charge of overseeing money distributed by the government under the $2.2 trillion coronavirus relief bill passed by Congress earlier this year, days later. Trump fired the Health and Human Services inspector general earlier this month after she reported alarming equipment shortages at hospitals dealing with the coronavirus pandemic.

Trump defended the firing in a letter to Speaker of the House Nancy Pelosi, D-Calif., writing Friday that it was “vital” to have “the fullest confidence in the appointees serving as inspectors general.”

“That is no longer the case with regard to this inspector general,” the letter said.

Pelosi told CBS News that the firing may have been illegal.

“The president has the right to fire any federal employee,” she said Sunday. “But the fact is: If it looks like it’s in retaliation for something that the IG — the inspector general — is doing, that could be unlawful. They’re supposed to show cause.”

“We unalterably oppose the politically-motivated firing of inspectors general and the president’s gutting of these critical positions,” they added.

Some Republicans criticized the firing, as well.

Trump appealed to Sen. Susan Collins, R-Maine, in a Sunday night tweet lashing out at whistleblowers who had reported wrongdoing in his administration.

“This whole Whistleblower racket needs to be looked at very closely, it is causing great injustice & harm,” he wrote. “I hope you are listening @SenSusanCollins.”

But Collins joined the other Republicans in criticizing Trump’s move, writing on Twitter that “the President has not provided the kind of justification for the removal of IG Linick required by” the Inspector General Reform Act, which she co-authored.

“The firings of multiple Inspectors General is unprecedented,” Sen. Mitt Romney, R-Utah, said. “Doing so without good cause chills the independence essential to their purpose. It is a threat to accountable democracy and a fissure in the constitutional balance of power.”

Racism Against the AAPI Community Is a Beauty Industry Problem