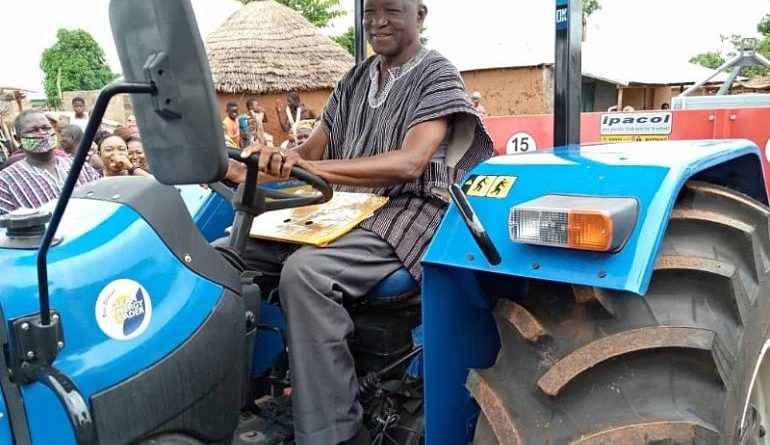 It is often said,” the teacher’s reward is in heaven.” But that was not the case in Napkanduri on Sunday when emissaries from the Vice-President led by Solomon Boar, North East Regional Minister, arrived at the home of 75-year-old, Jacob Duuti.

Mr. Duuti taught the Vice President, Dr. Mahamudu Bawumia at Sakasaka Primary School in Tamale and Dr. Bawumia has never forgotten the positive influence of this special teacher Duuti on his life.

Mr. Duuti and his family could not believe their eyes when he was handed a brand new tractor to assist in his farming.

He was in shock and tears filled his eyes as his family and community celebrated the good news. 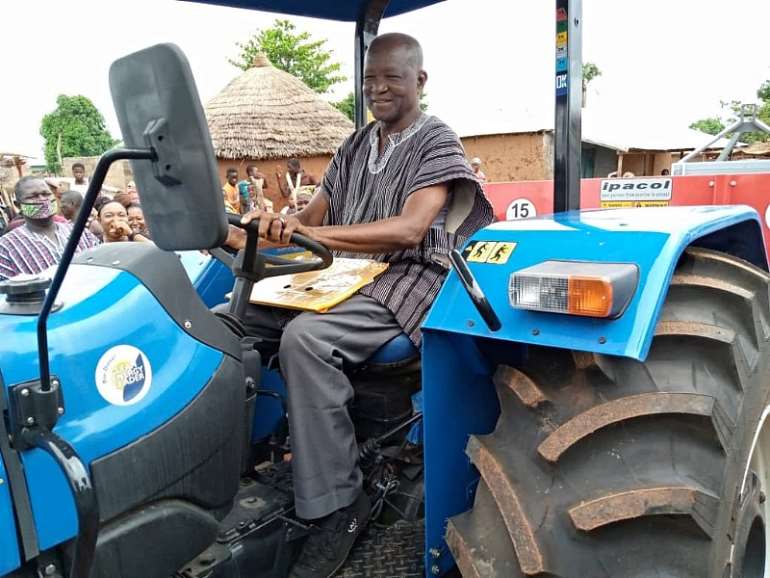 After receiving the tractor, the elated former teacher expressed his heartfelt appreciation and prayed for God to continue to bless Dr. Bawumia and grant him more wisdom to serve the country.

Mr. Duuti recalled nostalgic memories of the Vice President during his days as a primary school pupil in Tamale at the Sakasaka Primary School.

“Bawumia was brilliant and inquisitive. He was always asking questions and I am not surprised about how high he has risen in life. I am so proud as his teacher,” he said. 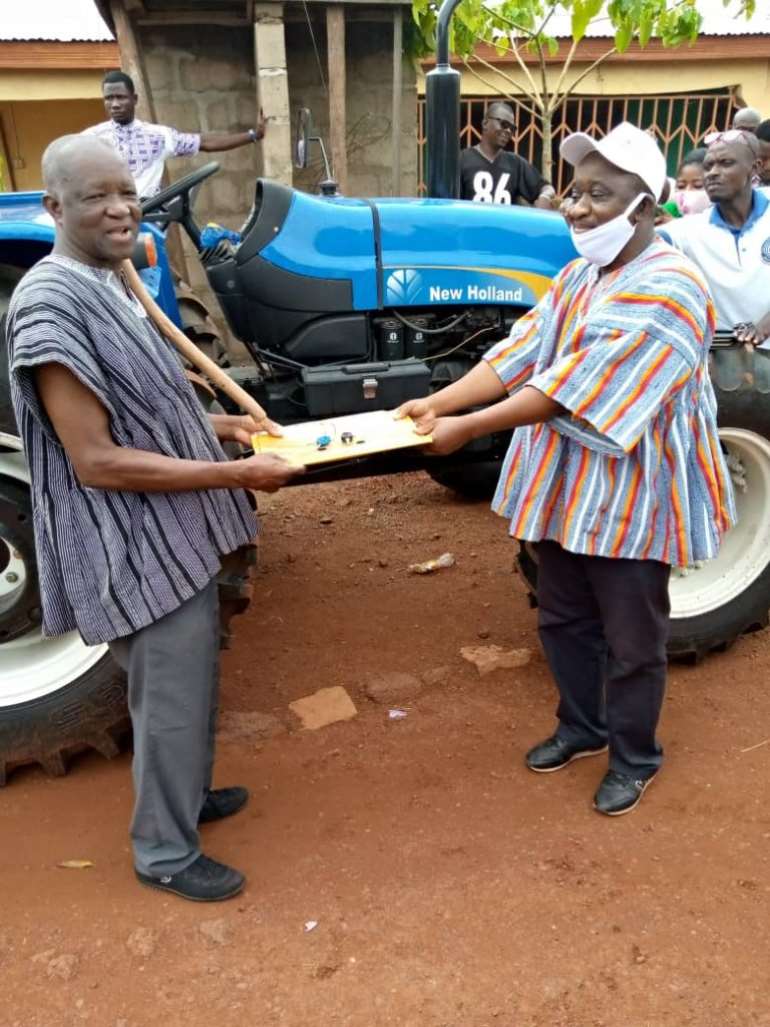 Teacher Duuti shared a memorable childhood picture of the Vice President; a picture of young Bawumia dressed in full regalia as a lawyer during a speech and prize giving day of the Sakasaka Primary School.

Mr Duuti further revealed that Dr. Bawumia acted as a lawyer in a play as part of activities of the speech and prize giving day.

According to the former teacher, the Vice President was very articulate and said he wanted to be a lawyer like his father.

But he later went on to read banking and economics after his secondary education at the Tamale Secondary School. 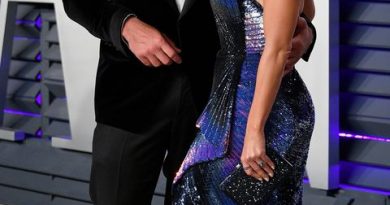 His Royal Majesty Otumfuo Osei Tutu II, The Asantehene has charged the Nana Addo Dankwa Akufo-Addo-led government to double their