Three Fulani herdsmen including nine cows have been reported killed in Egume, Dekina local government council of Kogi State by yet to be identified gunmen.

Speaking on behalf of the association at the press conference, Assistant Secretary of the association, Mallam Ademu Abubakar said there have been renewed onslaught against Fulani herdsmen and cows in the community. He said the latest attack was the second series in the last two months.

According to him, ‘On the 14 of this month, which is on Thursday, at about 8am some gunmen heavily armed with guns and other dangerous weapons invaded Fulani community at Ofanwa Elubi in Egume, opened gun fire on the Fulani people and killed three persons on the spot while about nine cows were also killed during the deadly attack.

“Many people were injured in the attack that lasted for several minutes. This was another attack on our people within the last two months.

“The first attack was in March. And this was another attack on our innocent members who were killed in their cool blood on 14th May 2020. The repeated killings of our people/ members in Igala land is becoming unbearable.

“This time around they lunch the attach at our camp, they starting shooting at them without any offence at all. Those killed during the attack includes; Tine Idris, Fatu Idris, and Abdulkareem Saleh.”

Abubakar said the latest attack was promptly reported to the DPO at Egume Police station. He said the DPO quickly organised his men and took the corpses to the police station before taken them to the hospital.”

He also disclosed that few days before the last attack, the State Commissioner of Police, CP Ede Ayuba visited the Fulani community where the incident happened and promised to apprehend the perpetrators that attacked the community in the previous attacks.

The Organisation, however, appealed to the state government to rescue them from attack as they fear this may not be the last they will hear.

Meanwhile, the Police Public Relation Officer, Kogi State Command, William Ayah when contacted, confirmed that three persons and nine cows were killed during the attack on the Fulani community.

He added that, “The Commissioner of Police have deployed fully armed men to the area to avoid further attack. The command is already hunting those behind the attack.” 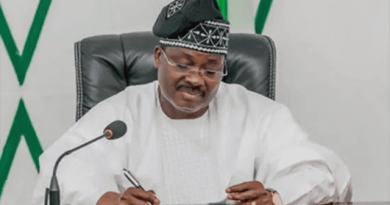