Like a well scripted scene from the movies, they arrived the scene in an SUV. They were four young men with well orchestrated plan to spill blood.

They cleverly packed their SUV in an adjoining street, very close to where their target was and two of them alighted from the car while the rest took control of other unforseen circumstances.

The two armed men took a pathway that led to a local joint where residents of the area and men of all shades frequent for traditional mixture of Kovic tonic As soon as they approached the joint, they saw their target in the midst of friends and others numbering about fifteen. The armed men quickly re-adjusted their masks and headed towards them. The crowd, on seeing the ferocious movement of the armed men, took to their heels and disappeared in different directions. The deafening bang of a gun was heard and one of the members of the crowd   fell flat on the ground. His killers came closer to ensure that their target was hit before disappearing from the scene.

The above ugly scenario played out, last Wednesday, in a local joint popularly called ‘Ify Joint’ at Adekunle Kuye, off Ikate street,   Aguda in Surulere, Lagos. That day, Muyiwa Babafumilayo Opaleye who will be 41 this September was relaxing with his friends and well wishers when the unthinkable happened. The two hooded armed men just materialized from a footpath close to the joint, sited their target and one of them pointed fingers at Muyiwa,   and pronto, they corked their gun and moved towards him. When the bewildered crowd which included a close relation to one time Governor of Lagos state and presently, a serving Minister, saw the menacing demenour of the armed men,   they scampered for safety in different directions.

While they were all running away, a single shot boomed and Muyiwa fell flat on the ground. All his friends ran for safety to their respective homes but one of them called Kunle, whom he earlier came to the joint with in his (Muyiwa’s car, a Honda City Sedan), turned back and compassionately rushed to save him. Kunle quickly bundled his body in a pool of blood to the car and rushed to Agbonyi hospital in Aguda, where, unfortunately, doctors pronounced him dead on arrival.

Crime Guard learned that the police at Soloki station, Aguda were invited and Kunle was interrogated and made to write a statement while Muyiwa’s body was taken to a morgue. Unfortunately, Kunle who made spirited efforts to save his friend was clamped into detention while the case was transfered to the State Criminal Intelligence and Investigation Department, SCIID, Panti, Yaba for further investigation.

Crime Guard learned that Okpa, as Muyiwa was popularly called,   is the last born in the noble family of one time military administration of Ondo state, Retd Brigadier General Opaleye. He was working with a sporting outfit called City Sports and he lives at Ajose Adeogun street in Victoria Island. He reportedly frequents Surulere where he has a lot of friends and admirers. His assassination sparked off a lot of sympathy and emotions from his Facebook friends who lamented his demise in words like, “unbelievable, So sad, a sad loss, etc”.

It was gathered that they were given 48 hours to unravel the mystery surrounding the darstardly act and arrest the pepertrators. Some residents of the area who spoke with Crime Guard attributed the assassination to either cult-related reprisal attack or a case of mistaken identity.

According to one of the residents who refused to disclose his identity, Muyiwa and his friends came to the local joint where many people go to take the much touted local mixtures that cure Corona virus.   However, investigation revealed that similar mysterious killings have been going on in the area for sometime.

An unconfirmed source said one young man was killed in a similar manner last year December in Surulere while another was also killed few days before that of Muyiwa thus fuelling deep suspicion of reprisal attacks. As at the time of going to press, police sources said a breakthrough was imminent as police authorities in Lagos are hell bent on getting to the root of the killings. 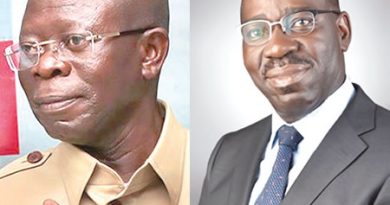 Yeye comedy. Not funny at all

If your husband is your baby, you are dawn fall. The scripture says in Eccl. 10:16-17, woe unto a Land or people whose king is a child. Babies are little children with low level or no wisdom. Not capable of doing great fit, and it's doregatory.

This is splendid and worthy of emulation . God bless them.