The Bono Regional Chairman of the ruling New Patriotic Party (NPP), Kwame Baffoe, has begun a four-day inspection tour of the various Senior High Schools (SHSs) in the region to assess the progress of work on the various infrastructural projects being undertaken by government as part of the Free SHS policy.

Most of the projects visited were being funded by the Ghana Education Trust Fund (GETFund) under the government’s ‘Emergency Projects’ for various senior high schools as a result of the implementation of the Free SHS policy.

Accompanied by the Regional Co-ordinator of Free SHS and some Regional Executives of the NPP including the Regional Secretary, Kofi Ofosu Boateng and the Regional Director of Communications, Asare Bediako Seth; Mr. Kwame Baffoe, who is popularly called “Abronye D.C” commenced his tour at the Dormaa Senior High School, one of the oldest secondary schools in the country.

He inspected progress of work on the various projects being undertaken in the school, including an ultra-modern Assembly Hall Complex which was started in 2008 by the then NPP government but was abandoned by the erstwhile NDC administration.

At the Dormaa Vocational Training Institute, Chairman Abronye D.C and his entourage inspected work on three projects being undertaking by the Akufo-Addo led government to scale-up Technical/Vocational Education and Training (TVET).

The projects are two 75-bed capacity dormitories for both boys and girls and a classroom block with an I.C.T laboratory.

Frank Boadi, the Site Engineer for the projects told the media that construction works on the three facilities would be completed and handed-over to the school on schedule without any delay.

The Dormaa Municipal Chief Executive, Drissa Ouattara, said the institute was established by some German philanthropists and handed-over to the Government of Ghana in the late eighties after managing it for some time.

He said the three projects being constructed at the institute are the only infrastructural projects by the Government of Ghana since school was handed-over to the country about thirty years ago.

Mr. Ouattara commended the Regional Chairman of the NPP for embarking on such visits to obtain first-hand information on projects being executed in the various schools and encouraged other regional chairmen to emulate his example.

Other senior high schools visited were the Salvation Army SHS at Aboabo, Manse SHS at Wamfie in the Dormaa East district, Berekum SHS (BESS), Berekum PRESEC and the Methodist Senior High/Technical School at Biadan near Berekum as well as the Sacred Heart SHS (SAHESS) at Nsoatre in the Sunyani West District.

At SAHESS, Chairman Abronye and his entourage were joined by the Sunyani West Municipal Chief Executive, Martin Obeng, to inspect a newly constructed classroom block, started last year and completed this year.

The project, which was funded by the GETFund, is a storey building put up to create more access to the ever-increasing number of students as a result of the implementation of the Free SHS policy.

GETfund has already made available 600 tables and chairs for use by the school.

Chairman Abronye, who was highly impressed about the progress of work at the various schools visited, said the numerous projects being carried out are a testimony that “they are not ghost projects but real projects for everyone to see”, adding that “our projects can be seen physically and not in books.”

He explained that it is erroneous for people to suggest that the NPP government “has not done anything by way of infrastructural projects and as we go round you can all testify that a lot of projects are going on.”

“Most of the projects visited today are part of the government’s ‘Emergency Projects’ under the Free SHS policy to ease congestion and improve quality education at the senior high school level”, Chairman Abronye further said. 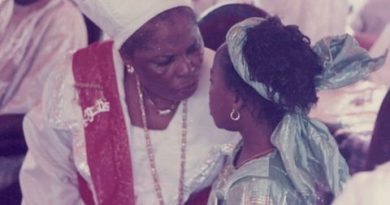 Get You a Nigerian Friend 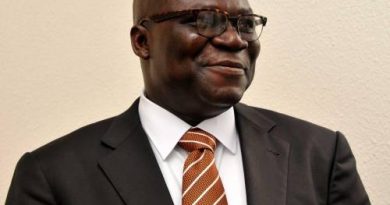 Toast To Julius Adelusi-Adeluyi At 80 By Reuben Abati 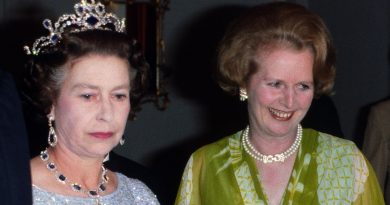 The COVID-19 Trust Fund has received a total of 53,911,294.87 Ghana cedis through donations in cash and cheques as at