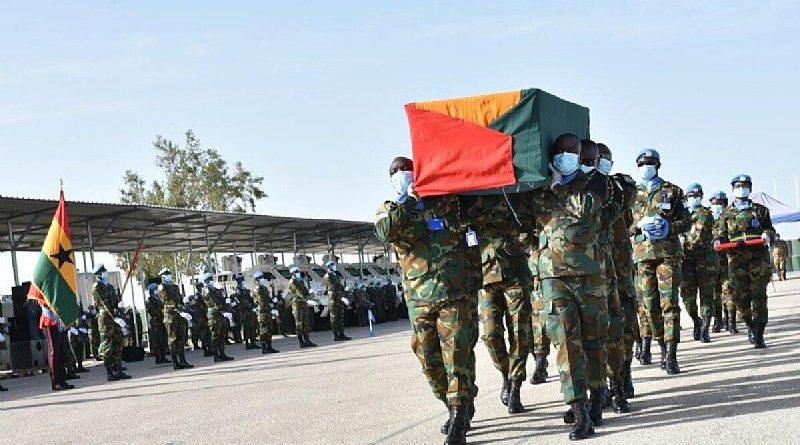 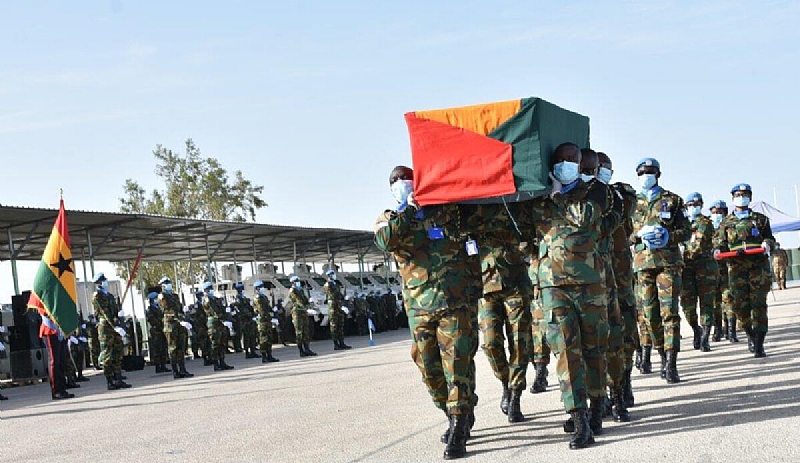 UNIFIL, its strategic partner the Lebanese Armed Forces (LAF), and fellow UN peacekeepers today paid their last respects to a Ghanaian soldier who recently succumbed to illness while serving for peace in south Lebanon.

A 28-year veteran of the Ghana Armed Forces, Warrant Officer (WO) Ackah Patrick had passed away aged 51 on 28 April after a short illness. He arrived in UNIFIL in July 2019 for a one-year tour of duty.

This is WO Patrick’s third deployment to UNIFIL, having served in south Lebanon also in 2003 and 2009. During his long military career, he also served in three other UN peace operations: in Congo, Cote D’Ivoire, and a regional operation in West Africa.

“We would like to express heartfelt gratitude to his family and his country, for giving us the privilege to serve with Warrant Officer Ackah Patrick, and for their valuable contribution to our joint efforts,” said the UNIFIL head in his eulogy. “We shall always keep in mind our fallen comrades in arms, for they represent an example of unwavering commitment to UNIFIL and to this country.”

WO Patrick is survived by his wife, a son and a daughter.

Today’s memorial service was held with limited attendees in order to minimize the risk of COVID-19 Coronavirus spread.

Since its establishment in 1978, UNIFIL has lost more than 300 peacekeepers serving for peace in south Lebanon. Of them, 34 were from Ghana including WO Patrick. 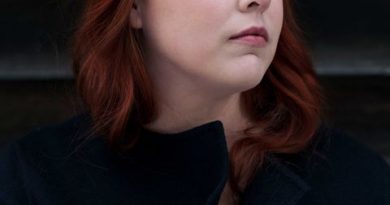 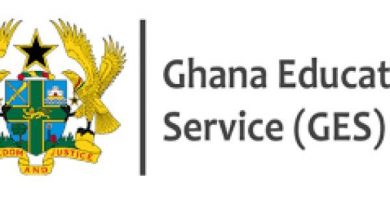 Momo users kick against ‘No ID, No cash out’ directive