The National Centre for Disease Control has been asked to prevail on the Governor of River State, Ezenwo Nyesom Wike to proceed on mandatory isolation immediately for the next 14 days.

This is as a result of his participation in a public event where the protocols of social distancing were allegedly flaunted.

This call was made by the renowned scholar, Dr Uche Igwe who has been a vocal critic of what he described as the reckless and undue politicization of the fight against covid -19 in the state.

It will be recalled that the governor had temporarily lifted the lockdown on activities in the state ostensibly to allegedly allow the inauguration of the new executives of his party, the Peoples Democratic Party on the 13th of May.

Many citizens of the state and beyond have been very worried about the likely implication of the gathering on the level of infection in the state.

It is on this note that concerned individuals nationwide have called the attention of the federal government to intervene on behalf of the people.

In a message sent directly to the Director-General of NCDC, Dr Chikwe Iheakweazu, Igwe asked the organisation to investigate the activities of the governor and ask him to proceed on isolation.

According to him, ”Mr Nyesom Wike has broken the rules set by the government. He may actually be the one sabotaging the effort to fight the pandemic in Rivers State.”

”By insisting on holding an event without social distancing he has put the lives of the population at great risk.

”An urgent contact tracing should immediately be authorised by NCDC before it is too late.

”This is required now to save the lives of innocent Rivers people who might be inadvertently exposed to these politicians”.

Dr. Igwe also frowned at the governor’s resort to outdated ethnic sentiments at a time when he should be concentrating on urgent issues of governance.

”Our history and that of our brothers and sisters in Rivers state remain intertwined.

”That a governor of such a multi-ethnic state can make divisive statements and anachronistic references to historical archives of conflict to score cheap political points are clear signs of his pathological leadership weakness and unfolding legitimacy deficit.

”The same statement that Ralph Uwazurike made has been re-echoed by many Rivers people including civil society groups.

”The peace-loving Ndigbo nationwide are watching him keenly. We have not forgotten how Wike used his office as the then Chairman of Obio Akpor LGA against many Igbo businessmen and women. 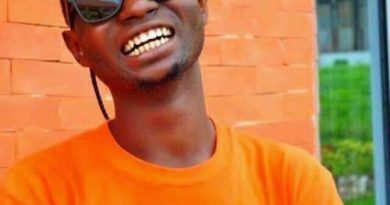 ‘Wike was wrong to demolish my hotel, I didn’t violate any order’

If you ever wanted to become a beauty influencer, the time is now. Sure, the market is crowded with influencers,