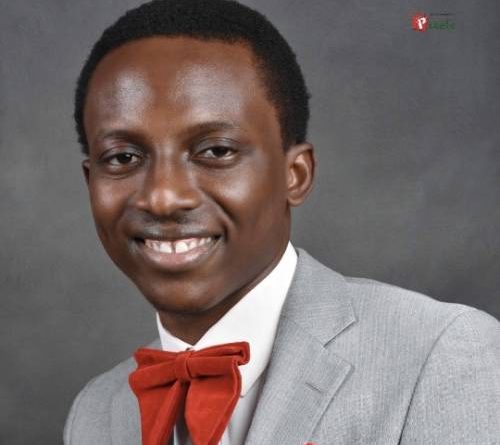 First, I’d like to congratulate Mr. Anthony Okolie, Mr. Omoyele Sowore and my brother and comrade, Tope Akinyode Esq. on the well won victory against the State Security Service (SSS) – by the way from the records, the most lawless security agency in our country – who had at the instance of the Presidency instigated the arrest of Mr. Okolie and detained him unlawfully for 10 weeks for lawfully purchasing a sim card once used by Hanan, the President’s daughter. That was all his offence. This will go down in history as one of the most ignominious actions of the Buhari presidency.

And by the way we were told that Mr. Okolie was even lucky for being detained for just ten weeks when there are people who have been detained for two years without trial and without any clue for their family to even trace them (in essence, kidnapped); courtesy of this lawless agency.

The Federal high court Asaba Division, by its judgement of 14th May, 2020 has now awarded the sum of ten million naira against the State Security Service for the gross abuse of the Applicant’s right. We commend the court.

The uninitiated should please note that the essence of such monetary award in favour of a victim of right abuse is to serve two purposes to wit: compensate him for his pain as a result of the abuse and to serve as a deterrence to the agency of government or individual who had abused his right.

The reasoning is that, every one feels the pain of losing hard-earned money; and so a person (natural or artificial) who is compelled to pay compensation of, for instance ten million naira as in this case will be discouraged from repeating the misconduct in the future for fear of further economic losses.

The reality however is that by virtue of the provision of S. 84 of the Sheriffs and Civil Processes Act (SCPA), it has become permanently impossible over the decades to get government and its agencies to pay up such compensation as the ten million naira awarded in this case.

The implication of this is that the victim gets nothing at the end of the day as compensation for the abuse – and note that right abuses in certain situations lead to permanent incapacitation of the victim and sometimes death – and then more wearisomely, the abuser is never deterred.

Fellow Nigerians, in case you never knew, this situation occasioned by S. 84 of SCPA is arguably the greatest reason why security agencies in this country continue to grow more and more monstrous in abusing the rights of ordinary Nigerians on daily basis.

By the way, that S. 84 to explain it in a lay man’s language requires that before you can take the money belonging to a government agency in the custody of a public officer (usually the Central Bank of Nigeria especially in this age of Treasury Single Account) to satisfy an amount awarded in your favour as damages for the abuse of your right, you need to first get the consent of the Attorney General of the Federation or State.

Remember, the Attorney General is an appointee of the same government which controls the police, the SSS, and other security agencies that you’re trying to enforce the judgment against. In practise, the Attorney General will never give you the consent. So at the end you get no justice. And worse still, you’ll likely be abused more in the future because your abuser knowing there won’t be any consequences is more emboldened to act with greater impunity.

If you understand the implications of the foregoing, you will agree with me that perhaps the most important war that the entire human right community and ordinary Nigerians must rally to win quickly for the abolition of the high-handedness, impunity and oppression of security agencies (and other government agencies generally) in our country is the war to kill S. 84 of the SCPA. Every other step we take to redress abuses in court will continue to be as good as wasted efforts as long as at the end of the day, we will neither get the needed justice nor deter the abusers.

I doubt if public embarrassment which this judgment serves on an agency like the SSS is able to achieve the purpose of deterrence compared to if for instance, the SSS will really lose ten million naira to Mr. Okolie when the judgement is executed in a few months. And I doubt if the mere fact that a court verbally pronounces an action illegal can serve justice to a victim who for instance lost his limb in the process of the abuse compared to if he is able to recover the sum awarded and at least able to use it to fix the relic of his destabilised life.

To be clear, by this article, I am inviting the human right community and all Nigerians to declare a fresh war on S. 84 of the Sheriffs and Civil Processes Act. We must explore both the legislative and judicial options.

The efforts of several lawyers and human right advocates to get the courts to declare S. 84 unconstitutional over the years must at this point be commended. We need to revisit this strategy and sustain it because we are almost winning the war. Already we have gotten several recent Court of Appeal judgments that have declared S. 84 as unconstitutional by virtue of S. 1(3), 6(6), 36 and 287 of the 1999 Constitution. Unfortunately there are also recent Court of Appeal judgments that declared it constitutional.

Everyone is looking on the Supreme Court to make a decision that will lay the matter to rest. In CBN Vs. Interstellar Communications Limited & Ors. (2018) 7 NWLR (Part 1618) 294, the Supreme Court had that opportunity to finally bury S. 84. It unfortunately did not, but thankfully did a lot of damage to the “monster” so that it is currently arguably standing on one leg. With some extra determined push, we should be winning the battle.

I have personally perused the decision of the Court of Appeal in Onjewu Vs. Kogi State Ministry of Commerce and Industry & Ors. ( 2003) 10 NWLR [pt. 827]40 which is the most popular decision preserving S. 84 and I’m convinced that the rationale for the decision of my Lords which may have been valid at the time the decision was given are currently totally flawed. I will write comprehensively on this point shortly and we are also warming up through the Civic Engagement and Justice Coalition (CJC) to approach the court with the arguments.

While we continue to push the judicial option, we must rally the National Assembly with fresh vigour to repeal outright S. 84. Apart from the Human Right angle, that law is a total disincentive to both local and foreign investors who would have otherwise loved to do business with the government. If the government breaches the contract they have with them and they are forced to go to court, they too need consent of the Attorney General to be able to enforce the judgment and recover their investment. No smart investor will take on such humongous risk.

I will like to close with a popular statement of our struggle when we were still student activists back at the Obafemi Awolowo University: “if we fight, we may win; but if we do not fight, we have already lost.” Amandla Awetu.

Peniela Akintujoye is a Human Rights Lawyer, Public Affairs Analyst and Convener, Civic Engagement and Justice Coalition (CJC). He can be reached via [email protected] 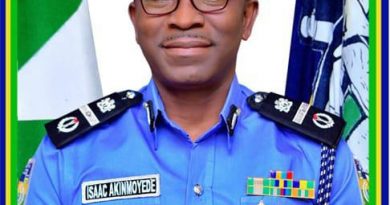 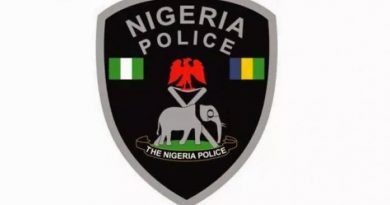