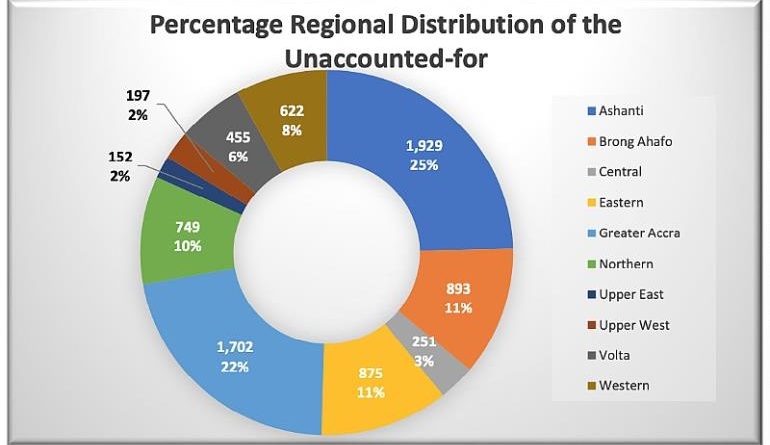 The Auditor-General has pointed out gaps in Ghana’s payroll system that contributed to over GHS 564 million being paid as unearned salaries.

These gaps were highlighted in the Auditor-General’s report on the nationwide payroll and personnel verification audit as of June 2018.

Of the 522,478 persons believed to be active employees on the payroll, 7,823 remained unaccounted-for at the end of an enumeration exercise to verify employees. 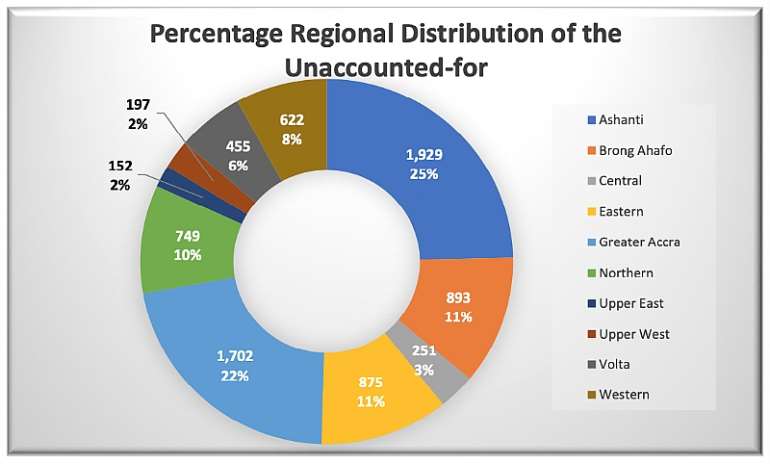 The report recommended that the Controller and Accountant General “ensure the termination of the unaccounted- for employees on the payroll” as well as the full recovery of the unearned salaries from the affected persons by the relevant Ministries, Departments and Agencies.

The report also noted Salary Grade Mismatches of some 1,200 employees when compared with their actual grades on their appointment because employees are not appropriately placed.

The most affected employees here were Ghana Education Service staff.

“We could also not substantiate the actual grades of 10,034 employees. These employees failed to present for our inspection, their appointment/promotion letters during the enumeration exercise. According to some of the affected employees, mostly GES staff, they were not issued with letters when they were promoted.”

There were also instances of discontinued Staff maintained on the payroll “owing to failure by CAGD [Controller and Accountant General] to act on feedback from respective management heads.”

The report noted that “some 6,307 employees declared as “discontinued” through the ESPV system, continued to receive unearned salaries.”

The payroll system had also not been properly configured to terminate automatically, records of employees who attain the statutory retirement age.

“Our review showed that, names of 84 employees who had attained the statutory retirement age and had no contract extension, were still on the payroll. To ensure full compliance with the provisions of the Constitution, we urged CAGD to ensure proper configuration of the payroll system,” the report noted.

The issue of employees with questionable academic credentials was also highlighted.

The report described 19,203 academic certificates presented during the enumeration exercise as fraudulent.

“Owing to the challenges encountered by the universities in querying our data, they were unable to confirm the outstanding 11,734 certificates,” the report said. Audit Observation

As part of observations, the Audit Service said there were systemic deficiencies “which in our view were partly caused by the weak oversight on the activities of various IPPD Coordinators across the country. Below are some of our observations.”

It also said there was weak control in the placement of staff on their correct salary grades.

According to the report, “heads of respective MDAs/MMDAs in response to this observation were able to provide evidence in favour of only 43 of the affected employees.”

“They further stated that, they only get to know of their status through the publication of the list of successful candidates by their respective district offices after interviews.”

Funds to be recovered

The report notes GHS 564,234,442.74 as being the total unearned salaries and Auditor General plans to recover the monies for payment into the Consolidated Fund. 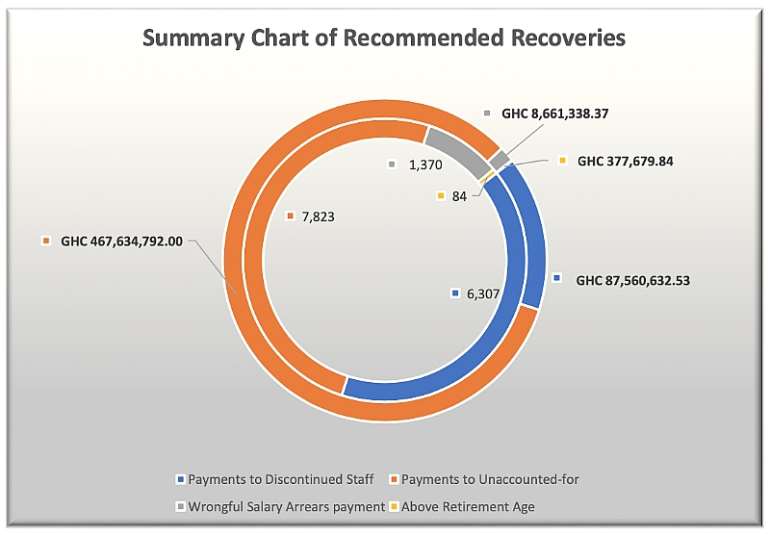 “Though we have the intention to disallow the continuous existence of the 7,823 employees who could not be accounted for on the payroll, we have delayed exercising this mandate owing to the unusual times in which we are, following the outbreak of the novel Coronavirus pandemic. We plan to exercise this mandate and ensure the recovery of GH¢467,634,792 unearned salaries immediately after the spread of the Coronavirus is contained,” the Auditor-General said in its report. 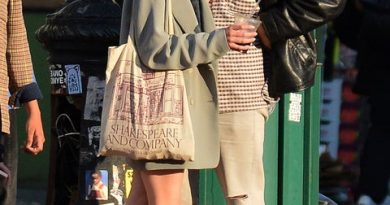 Ghana’s COVD-19 recoveries has increased to 1,450. Meanwhile, 108 more people have tested positive for the novel coronavirus. This brings