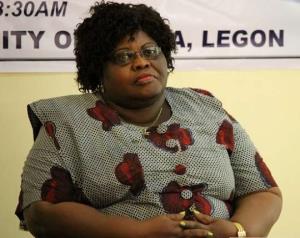 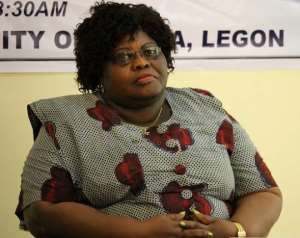 A Supreme Court Judge nominee, Professor Henrietta Mensah Bonsu, has dismissed reports that she was approached when someone was needed to be appointed as the chair of the Electoral Commission.

Prior to the appointment of Jean Mensa as the Chairperson of Ghana’s election management body, reports were rife that Professor Mensah Bonsu was the front runner to lead the Commission.

Appearing before Parliament’s Appointments Committee on Tuesday to be vetted for her Supreme Court nomination, the astute law lecturer said she was surprised about those reports since she was never approached by anybody to take up the then-vacant seat at the EC.

“That was a very difficult time for me, nobody approached me but yet there were stories about me, people were calling me to hold a press conference and I said what was I going to deny, but let me say that I won the popular votes.”

Meanwhile, another Supreme Court judge nominee Yonny Kulendi has dismissed speculations that his nomination as a judge to the highest court of the land will positively impact his financial fortunes.

Answering questions during his vetting Tuesday, the renowned lawyer who was nominated by President Akufo-Addo stated that he is about to commit financial suicide by accepting to serve as a judge at the Supreme Court.

According to him, there must be a national dialogue on the remuneration for public servants including judges which he said will aid the fight against corruption.

“Mr Chairman, People in my village are watching me and they will think that this is an elevation but they don’t know that I am about to commit financial suicide, levels will change.

“We need to have a national dialogue on where we want to go otherwise the Imams will preach their sermons, the pastors will preach but this demon called corruption will bring us down.” 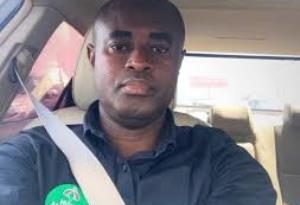 Three persons suspected to be robbers have been arrested by the Tesano Police for possession of two locally made pistols.