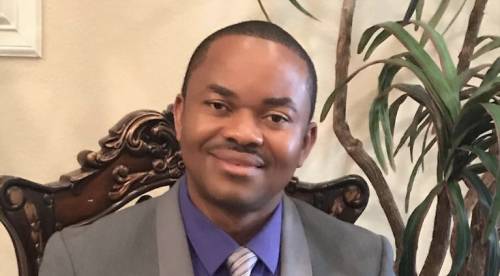 A day hardly passes by these days without an invitations to interrogate a deluge of conspiratorial videos making the rounds across social media platforms. These requests are mostly from a small tribe made up of friends and colleagues who are genuinely asking questions on a need to know basis.

Being a physician in the frontline, it makes sense that one may have one or two things to say about viral therapy, vaccines, Bill Gates(yes, even him) and everything else surrounding Covid-19. But there is yet another group. The ones that belong in the army of closed-minded dim-wits, pre-occupied with anything that is supportive of a long held bias, no matter the evidence to the contrary. The folks in the second group have completly outsourced their medulla and often push one’s limits to no end. Totally exasperating!

When a pastor-preneur struggling to grasp the functionality of a smart phone decided to wax philosophical about 5G network ,he had already given up the safe heaven of his pulpit and invited public opprobrium. Everything about life in Africa doesn’t have to revolve around Religion, End-times, 666 and their favorite; the Antichrist. Ignorance is sometimes permissible but not when actively deployed as a weapon against the common good. Of course you would expect his army of faithfuls  to rush to his spirited defense. “Touch not my anointed and do my prophets no harm”, thus says the holy book

Pastor Chris Oyakhilome is a succes by any material standard. With a personal net worth put between $30-50 million according to Forbes , he is arguably one of the richest men in the world. That’s why he can afford to dart around in his luxurious flying bird, preaching prosperity while pocketing billions of naira in proceeds. He also has at his beck and call, a harem of gorgeous ladies that call him papa, something that his wife Anita i was told is not particularly excited about. But that’s hardly enough for the man. Chris craves the grandeur of intellectual performance and manages to snag a generous dose of controversies. That’s why his devotional Rhapsody of Realities has allegedly claimed that tumors will just disappear and had continued to lend his support of faith healing as a supposed cure for HIV/AIDS.

The problem with Chris is that there is the temptation to try and replicate the daily diddle he pulls on his followers with the rest of us. That’s the mentality of your average serial offender. He faces no consequence for his infractions and so keep pushing the boundaries. Every next time, he is more emboldened and believes now to be above the law. Well.. maybe he is ,at least in the context of Nigeria. His wealth and status should be enough to secure him water-tight immunity against any form of prosecution.

What is it about conspiracy theories that fascinates the world?  Obviously, the average person finds its theatrical value more entertaining than a single line explanation. Nothing seems to happen naturally these days without being explained away as the handiwork of evil lurking around in the vicinity and remotely controlling the affairs of mankind. No one understands this mindset more than conspiracy theorists and so are able to shamelessly exploit this human vulnerability to their advantage.

William of Occam is a twelfth century philosopher and theologian that popularized the concept now known as Occam’s razor.
He stated that when presented with competing hypothesis that make the same predictions, one should select the solution with the fewest assumptions. In order words, if we are having a record number of death from a coronavirus, think about in terms of being a deadly new virus that the world is still grappling to understand. The alternative is to believe instead that it’s a Chinese virus grown in a Wuhan lab with the help of American government in order to depopulate the world. The later hypothesis will seem to suggest that those purported to have manufactured the virus took the pill of immortality or just didn’t care if they produced a virus that will cause their own demise.

If you can’t resist the click and share button, please by all means help yourself with a little more digging. Try web-based fact checking resource such as snopes or do some mental excercise instead of just buying whatever someone else’s is out to sell. If something is so newsworthy, be rest assured major networks will carry it and not just a Facebook post or a YouTube video curated by a celebrity wanna-be. For in the end, to observe the law of parsimony is not to wholly accept the null hypothesis.