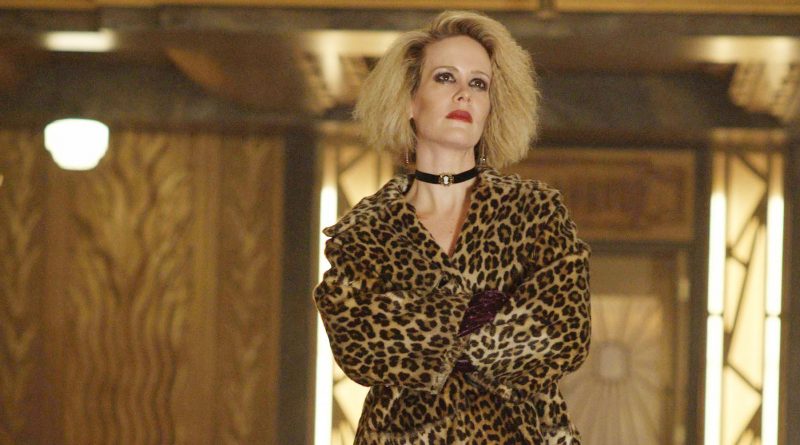 File this news under things we can’t wait to see after quarantine: Ryan Murphy announced on Instagram that an American Horror Story spinoff series is in the works. Titled American Horror Stories, the anthology will feature “one hour contained episodes.” The project was unveiled and discussed during a virtual AHS cast meeting.

“American Horror Story cast zoom call…where we reminisced about the good times…the spin-off we’re doing called American Horror Stories (one hour contained episodes)…when we will start filming the next season of the mothership…and other stuff I cannot print. It was so much fun and I’m glad we caught up. I miss everyone,” Murphy, who created the series, captioned a screenshot of the call. The co-stars pictured include Jessica Lange, Lily Rabe, Evan Peters, Sarah Paulson, Denis O’Hare, Kathy Bates, Angela Bassett, Emma Roberts, Angelica Ross, Leslie Grossman, Finn Wittrock, Taissa Farmiga, Billie Lourd, Dylan McDermott, Adina Porter, and Cody Fern. (What we wouldn’t do to get that Zoom invite…)

According to Deadline, the series is described as “a companion anthology series to AHS where each episode is a standalone ghost story.” Per the site’s sources, the show will premiere on FX, home of American Horror Story. “The series had been getting a lot of momentum just before the pandemic shut down Hollywood production in mid-March,” Deadline notes. This unfortunately means it may be awhile before we can watch the new show.

The next taste of AHS will come when the 10th season premieres. It’s “about reuniting fan-favorite actors to come back…I’ve been quietly reaching out to various people,” Murphy told Deadline in November. Season 10 will feature Paulson, Evans, and Bates, among others, plus the highly-anticipated return of Macaulay Culkin to the screen. Some have even mused that Ariana Grande will make an appearance in the upcoming season—or possibly the new spinoff?

Beyond the pandemic: What to expect from stocks, bonds