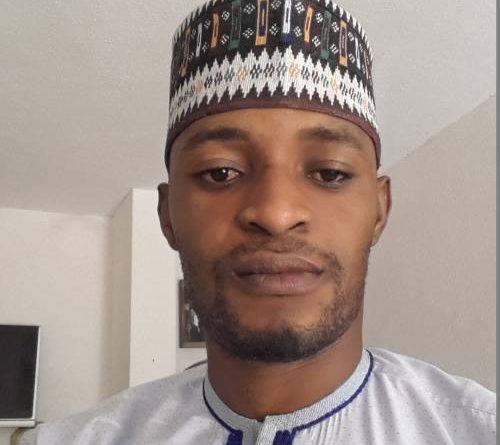 The advent of Coronavirus in the global space since last year has in many ways affected both health and economic sectors, leading to uncertainties of when and how it would be contained.

So far in Nigeria, the very obvious impact has been huge, especially about government finances, capital flow reversals and loss of income to businesses and households among others.

The International Monetary Fund recently projected that the Nigerian economy would shrink by 3.4 per cent this year. This is believed to be worse than the global average projected at three per cent.

Because of the virus, government was forced to shut down some states in the country, including federal government offices nationwide. This incident has robbed-off negatively on the Small and Medium Enterprises and majority of Nigerians who live on daily income as their source of livelihoods

It is believed that in Nigeria, SMEs contribute 48 per cent of national Gross Domestic Product, account for 96 per cent of businesses and 84 per cent of employment. Despite the significant contribution of SMEs to the Nigerian economy, challenges still persist that hinder the growth and development of the sector.

Although the Central Bank of Nigeria has announced N50bn credit facility to help SMEs restart their engines post-COVID-19 but some say they have not accessed it and are looking for alternatives.

Interestingly, super oil majors are not spared either in the spate of revenue losses. Royal Dutch Shell announced last week a loss in the first quarter of 2020 and cut its dividend for the first time since 1945. The oil major had said it would reduce capital spending to $20bn for 2020 from its previously planned $25bn.

Total said in March that it would cut its capital spending by around 20 per cent to below $15bn, while Eni said it would reduce its 2020 capital expenditures by €2bn, or 25 per cent.

“Oil and gas projects will be delivered later than originally planned due to upstream budget cuts,” Zainab Ahmed, Minister of Finance in Nigeria said.

The Federal Government has reviewed the oil price benchmark for the 2020 budget thrice to provide for the crashing oil prices – from $57 down to $30 and now $20 dollars per barrel. The cost of producing a barrel of oil in Nigeria ranges between $15 – $17 per barrel onshore and $27 to $30 per barrel offshore.

Already, Nigeria has revealed that Crude Oil revenue into the country will dip by an expected 80 per cent.  This is very scary, to say the least and one that leaves us asking important questions about cut in the cost of governance.

Also, so far, African airlines have lost nearly $5bn in revenue following the spread of coronavirus on the continent due to low passenger demand, according to a report from the International Air Transport Association (IATA).

It is quoted that: “Since the arrival of the COVID-19 pandemic, ticket sales and packages have gone down significantly which makes it difficult to meet our bi-monthly payment obligation to IATA. The growing fear is that more than 50 per cent of the travel and tourism business may likely collapse and more jobs will be lost if this continues and many travel agents lose their accreditations because they are unable to make payments,” said Kayode Adeshola, Executive Director, Capstone Travels and Tours in Abuja.

Having its own share, the trade sector, has of course been affected due to the nationwide shutdown of factories, reduced access to raw materials and commodities, owning to supply chain challenges. No doubt, trillions of naira worth of trade for both imports and exports would be lost due to the lockdowns, seaports and border closure.

Not left out, the film and entertainment industry, in general, has experienced substantial negative impact; movie theatres have been shut down, art exhibitions, movie premiers and musical concerts have either been cancelled or postponed. In fact, multi-billion naira worth of deals has been lost in the sector.

Of all these, it points us to the fact that jobs will be lost and for a country like Nigeria that is struggling to ensure development in the face of the pandemic, the costs of this period is weighing it down.

Looking further-more, we must emphasize the sectorial analysis on the dip in the economic growth before COVID-19 came into Nigeria, as indeed and obvious that these are hard times for Nigerian economy.

Already, the education sector has been hit, with efforts concentrating on E-learning. This would mean more money is needed to fund education which may be hard for Nigeria to do as dwindling revenue continues to bite harder.

Looking all of this issues, the way forward, as identified by some experts are diversification of the economy, reduction in overhead costs for running the country and many other measures.

Alabidun Shuaib Abdulrahman is a journalist. He writes from Abuja and can be reached via [email protected]