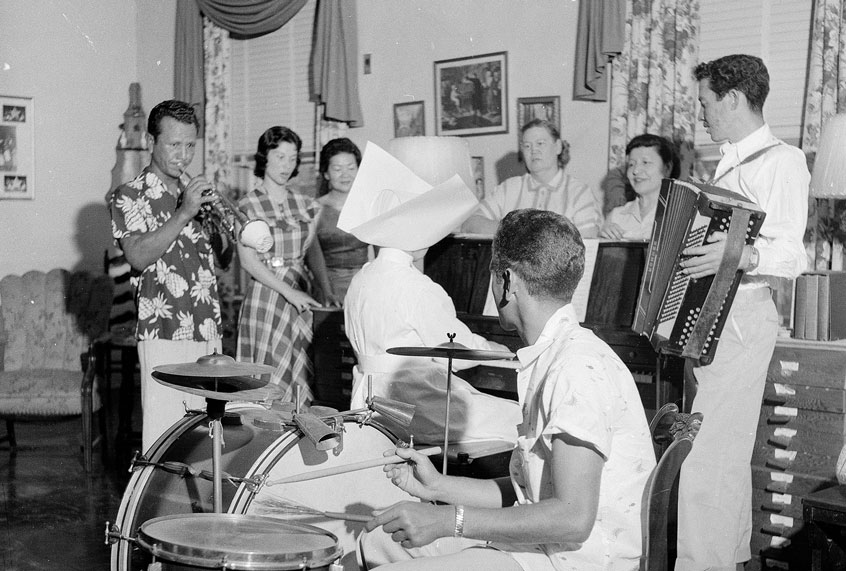 In an April 22 article for Reuters, journalist Brenda Goh reports on the foggy road to recovery for some of China’s earliest COVID-19 patients who now find themselves continuing to test positive months after contracting the virus and ceasing to experience symptoms. Aside from the obvious immunological and epidemiological implications of such cases, the psychological toll of a “seemingly endless cycle of positive tests” is striking. The uncertainty about when — and whether — patients have fully recovered has contributed to COVID-19 stigma, a phenomenon in which, the Mayo Clinic asserts, “people of Asian descent, people returning from travel, health care workers and emergency responders, people with the disease and their family and friends, and people released from quarantine” are being targeted.

We know very little about the novel coronavirus since it is, as its name suggests, novel. What is not novel, however, are the human psychological reactions to isolation and disease. What has happened before is happening again.

From 1849 to 1999, Carville National Leprosarium, a federal institution in rural Louisiana now known as the Gillis W. Long Hansen’s Disease Center, was the only inpatient hospital in the continental United States for the treatment of Hansen’s Disease, commonly known as leprosy. There, patients from all over the country, among them my own father, were placed under federal quarantine and subjected to many of the same experiences and psychological effects that COVID-19 patients are currently facing.

In Wuhan, psychological issues among patients under protracted quarantine include distress over indefinite isolation, anxiety that the promise of release will be thwarted by continuing to test positive, grief over separation from family members, fear for their family’s health and safety in their absence, fear of infecting or of having infected their loved ones, and suicidal ideation. These descriptions strongly resonate with many of the psychological issues reported in the oral histories of Carville patients.

In the 1950s at Carville, with the advent of sulfa drug regimes enabling the possibility of full recovery, a protocol was established where 12 consecutive negative tests were deemed necessary for a patient to be considered cured. The test consisted of a skin smear, a somewhat crude procedure where a shallow incision was made at the site of a Hansen’s lesion to capture fluid from the dermis, which was then smeared on a slide and stained for bacilli. After the twelfth negative smear test, a board of physicians and administrators would deliberate to determine whether a patient might be discharged, and if so, they were then given a choice to stay at Carville or return to society.

Some patients, typically older ones who bore the scars, both physical and psychological, of the disease after years without adequate treatment, opted to remain because the stigma attached to Hansen’s made it impossible to find gainful employment and create social connections in the outside world. Many of them, too, were long estranged from their families who had either disowned them outright or distanced themselves to avoid the heavy social costs of having a taboo illness in the family. It was common for people to change their names upon arrival to protect their loved ones from the stain of their diagnosis.

But for young patients like my father who had homes and lives to which they could return, the weight of those 12 tests was especially heavy, their futures hinging on the arbitrary result of something over which they had no control. Their lives could change in the blink of an eye. Getting a positive test after a series of negative ones meant dashed hopes and dreams. It was no wonder that some patients became suicidal. The anxieties around Carville’s 12-test rule echo the testimony of one man in Wuhan who had “taken over 10 tests since the third week of February… on occasions testing negative but mostly positive… and told medical workers… that he wanted to kill himself.”

With the cure for Hansen’s and the subsequent discharge of most patients from residential treatment, the disease faded from popular imagination. But Carville became renowned again during the AIDS epidemic, a virus that has been compared to COVID-19, when activist groups looked to the advocacy work of Carville patients as a model for their own movement. Besides agitating for patient rights within the institution itself, The STAR, an internationally circulated magazine founded and run by Carville patients, set a mission to shine a light on the disease in order to humanize and restore dignity to its sufferers. One of its goals was to remove the stigma, stereotypes and misinformation from Hansen’s Disease and Hansen’s patients.

Just as we did during the AIDS crisis, we have seen during the U.S. COVID-19 pandemic the disturbing resurgence of age-old stigmas, stereotypes and misinformation. Racism against Asian Americans is at an all-time high and our society is splitting apart at the seams. Can we turn to the past again for answers? The Carville patient community’s movement didn’t focus solely on curing illness; it addressed hearts and minds as well as bodies. Their success lay in their understanding of the inextricable link between the social and the biological, and they deployed a potent combination of collective action, empathy-based communication, sound science and federally funded, socialized medicine to eradicate both the disease and the stigma surrounding it at the same time. This could be our winning strategy, too.

As we marshal our resources to fight the physical ravages of COVID-19 and keep our population healthy, we should simultaneously fight its psychological and social ravages in a healthier way. In the past, we have leaned in, as we are doing now, to the reactionary, regressive behaviors of jingoism, racism, anti-intellectualism and greed, but we have the capacity, as evidenced by the Carville and AIDS movements, to endure, innovate, overcome and transcend our baser instincts. When we say history repeats itself, what we mean is we repeat history. And we have the power to choose which parts to repeat. As Maya Angelou says, “Do the best you can until you know better. Then when you know better, do better.”

A new COVID vaccine is 66% effective — but how much does vaccine efficacy matter?