Water is a basic necessity for human survival. However the Dikpali Community in the Nanumba North District (North East Region) has been struggling since 1984 to find portable water.

According to Poagna Biperi, the community youth leader, the women are the most affected since they have to travel over two kilometers each morning before getting to the kulkpin river to fetch water. During the dry season, the situation is worsened since the entire community with over 1000 inhabitants have to use the same water source located 2km away. He narrated during an engagement with Live Right Ghana that, the “Kulkpin” River since his birth has been shared by humans (for washing, bathing, cooking, and drinking) and cattle alike for drinking. Sometimes the women have to stay in the line and give way to the cattle to drink first before they can have their way.

The youth leader indicated that, they have been disappointed on several occasions with Honorable Dominic Aduna Bingab Nitiwul (MP for Bimbilla Constituency) never returning to the community to listen to their concerns upon voting for him during each election. Sometimes, the best the MP could do was to share football to the community members which was not addressing their real need.

The community only had it way out, when the youth mobilized themselves to front for a borehole from the MP (Honorable Dominic Nitiwul). Almost discouraged in the process, because the opinion leaders told the youth leader, he was wasting his time which will have no results.

Thanks to the youth, now the community has a mechanized borehole and electricity. They are also in the move of constructing their own household toilet facilities using local materials.

Reproduction is authorised provided the author’s permission is granted. 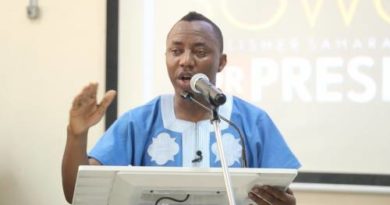 Who Is Afraid Of Sowore? By Tony Ademiluyi 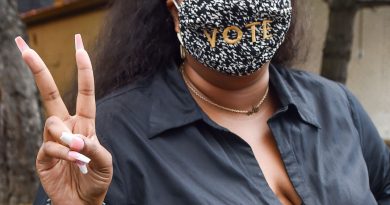 In the season of Christmas, Glo Mobile has urged Christians all over Ghana to show love to their friends, family,