While the outbreak of Coronavirus remains a pressing issue which governments of nations are striving to deal with, its overwhelming impact on every strata of the society is undeniable. The fact that no one is immune against the virus further creates palpable fear in all and sundry, the rich and poor inclusive. The sporadic surge in death rates has generated regular headlines and trending topics on all news outlets, the world over. With the current rate at which the virus is invading territories, it leaves a class of people most vulnerable; the prison inmates.

In a statement made on 22nd March, 2020, the President of Nigeria, General Muhammadu Buhari called for speedy trial of cases and decongestion of all Nigerian correctional facilities, in a bid to curtail the rapid spread of the virus. This was in response to the United Nation’s call on all countries to consciously reduce the populace of prison inmates based on the impracticability of social distancing and self-isolation within correctional centres. With this order from the president came the immediate release of the elderly, terminally ill detainees, low risk offenders and other inmates who had less than three years left of their sentencing, amongst others. This directive is currently being implemented by Nigerian states in response to the soaring increase in the number of Covid-19 incidents.

In an attempt to further decongest prisons, the Inspector General of the Nigerian Police, Mohammed Adamu, instructed that Nigerian policemen should not make unnecessary arrests and that detention of suspects should be reduced to the barest minimum. However, it is doubtful that this directive is being followed because the media is daily awash with videos of policemen violently arresting people, subjecting them to brutal punishments and bundling supposed offenders into their vans.

A 2020 Amnesty International report shows that most Nigerian correctional centres are housing inmates beyond their capacities. According to the report, Kaduna prison built for 473 inmates housed 1480, Kirikiri housed 1601 instead of the 500 inmates it was built for, Enugu Maximum Security Prison had 2,007 inmates whereas it was for 638. The list goes on. Amnesty International further included that the extent of congestion within Nigerian correctional centres had developed to the point of being a threat to the lives of inmates. In this regard, it is unsurprising that the recent riot by inmates in Kaduna prison happened due to the uncertainties nursed by these prisoners about the general state of their health as they feared for their lives. Sadly, four inmates were reported to have died from injuries sustained during the riot.

Although the above mentioned figures would have drastically reduced due to recent prison decongestion, it illustrates a basic flaw in Nigeria’s criminal justice system and also calls to question what is happening behind closed doors of Nigerian correctional centres. Moreso, the 2020 World Prison Brief buttressed that Nigerian correctional centres housed about 74,123 inmates and out of these, 70 percent (52,226) were awaiting trial.

More worrisome is the fact that since the pandemic began to ravage the nation bit by bit, there has been no publicised data or statistics showing the number of prison inmates that have been tested or struck by the virus. The main question is; where are these reports, if they exist?

However, in the face of a nationwide pandemic, the following practices are imperative: proper sanitization measures should be put in place to reduce the risk of inmates contracting the virus. Inmates should also be educated on the basics- washing of hands, use of masks and coughing into their elbows. Mask, gloves, hand sanitizers and other personal hygiene products can be distributed to inmates at no cost at all. Mobile quarantine sites can also be set up to isolate those with the virus, while waiting for them to be moved to hospitals. More importantly, the prison officials should be allowed to search inmates regularly, to avoid contrabands being brought in after hospital visits. Also, there should be strict adherence to social distancing with some form of supervision by prison wardens. Lastly, visits to inmates should be suspended and limited to phone calls pending when the virus is contained.

Although it would be interesting to know what else the government is doing to protect prisoners asides decongestion of prisons, it is encouraging to see that some organizations are also contributing to ensure that inmates are catered for. A good example is the International Committee of the Red Cross in Nigeria (ICRC) and its efforts towards providing sanitization items to detention facilities in Maiduguri. Hopefully, such laudable efforts should not go unnoticed.

Consequently, there is the tendency to debate against prison inmates being considered while the average Nigerian who is not incarcerated has limited or no access to test kits for the virus. While we ponder over this, we must note that the fundamental right of every man is sacrosanct before the law. To this extent, section 34 (1) of the Nigerian Constitution provides that everyone is entitled to respect for the dignity of his person and section 33 (1) of same subsequently states that everyone has a right to life and should not be deprived intentionally of his life. 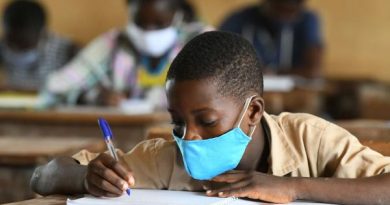 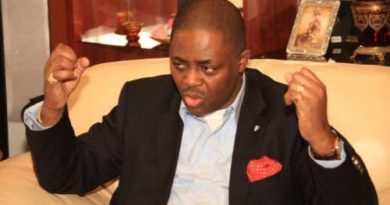 The chiefs, elders, and citizens of Gbi-Hohoe says they dissociate themselves from the activities of the secessionist group, Homeland Study