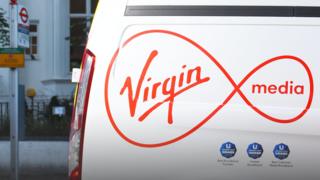 Mobile operator O2 and broadband giant Virgin Media are to merge, creating one of the UK’s largest entertainment and telecoms firms and a major rival to BT.

Liberty Global, which owns Virgin Media, and Spain’s Telefonica, which owns O2, said they had agreed terms for joining forces.

O2 is the UK’s largest phone company with about 34 million users.

Virgin has about six million broadband and cable TV customers and another three million mobile users.

As well as having its own subscribers, O2 provides the network for Tesco Mobile, Giffgaff and Sky Mobile.

The tie-up will create a major rival to BT by bringing together different platforms.

Telefonica chief executive Jose Maria Alvarez-Pallete said: “Combining O2’s number one mobile business with Virgin Media’s superfast broadband network and entertainment services will be a game-changer in the UK, at a time when demand for connectivity has never been greater or more critical.”

Mike Fries, chief executive of Liberty Global, said: “Virgin Media has redefined broadband and entertainment in the UK with lightning-fast speeds and the most innovative video platform. And O2 is widely recognised as the most reliable and admired mobile operator in the UK.”

Karen Egan, telecoms analyst at Enders Analysis, told the BBC’s Today programme the deal was “a fortuitous marrying of objectives” for the two parent companies.

Telefonica was “keen to monetise” its stake in O2, while Liberty Global had long believed in combining fixed-line and mobile networks, she said.

The new merged company would now be able to “diversify and match some of BT’s innovative products”, she added.

The companies said O2 would be valued at £12.7bn and Virgin Media at £18.7bn, both on a total enterprise value basis.

“O2 [is] to be transferred into the joint venture on a debt-free basis, while Virgin Media to be contributed with £11.3bn of net debt and debt-like items,” the firms said in a joint statement.

Telefonica tried to sell O2 to the owner of Three, CK Hutchison, for £10.3bn in 2015. However, that deal was blocked by the European Commission over concerns that it would have left just three major mobile phone operators in the UK. 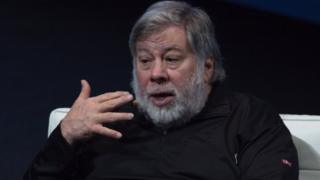 How to hijack a car via its smart alarm

The Speaker of Parliament has summoned the Chief Executive Officer of the Ghana Cocoa Board (COCOBOD), Joseph Boahen Aidoo, over

Statement On International Day Of The Girl Child 2020