Does anyone still believe the lie of the Kano State government that the sudden increase in the number of dead people in the state is the result of some mysterious disease?

Even before the presidential committee on COVID-19 returned the damning report that the so-called mysterious deaths in Kano were caused by COVID-19, could anyone have found plausible the explanation being hawked by the State government that lifelong conditions like diabetes, high blood pressure and heart ailments had suddenly taken the form of an epidemic killing scores of people at a time?

While meningitis and cholera were well-known periodic killers in Kano as in other parts of the North, not until the last two weeks would anyone in their right mind try to sell Nigerians the nonsense that people now succumb to diabetes in the manner they do to viral infections?

It is only from a government run by an Abdullahi Ganduje would such barefaced lie emanate. Rather than take responsibility for their failure, the Kano State government chose to behave like an ostrich that buries its head in the sand in the hope that the danger before it would disappear.

What could be mysterious about a disease whose global imprints were everywhere to be seen? What was sudden about a viral infection that was openly courted and dared by the irresponsible conduct of people?

In the non-logic of the Kano State government, deaths from lifelong conditions like diabetes could suddenly spike among a demography of traditional and educated elite that would in ordinary terms be aware of their own condition. There is a disproportionate number of senior academics and traditional rulers among the recent deaths announced in Kano.

Could these individuals have been unaware of their health situation? And how is it, it’s only now that these victims of lifelong ailments are suddenly dying as the COVID-19 pandemic ravaged almost all parts of the world? Sure, we have been told that old people and others with pre-existing ailments are particularly prone to contracting the coronavirus. But that does not explain what is going on in Kano.

No, there is no mystery about the deaths in Kano. The Kano situation was a disaster waiting to happen. It speaks to the irresponsible conduct of people who do not understand the demands of leadership.

While all across the country governors, including a neighbouring state like Kaduna were putting in place measures to contain the coronavirus pandemic, Kano stood out like a sore thumb in its total disregard of what was happening.

Even when many of the states that imposed one form of lockdown or another would either not enforce it or were sabotaged by people entrusted with that task, it is to their credit that they stepped up and apparently acted in the interest of their state.

Not so Kano. It was all business as usual, from the government house, the mullahs to the ordinary people on the street who took to organising football tournaments in a gesture of defiance. Defiance of what, one may ask? Coronavirus?

Now the chickens are coming home to roost with the high number of COVID-19-related deaths from Kano. The state is fast assuming the status of the epicentre of the disease in Nigeria given the exponential rate of deaths relative to the short time the state reported its index case.

Governor Ganduje wants the rest of the country to share the burden of his government’s failure and criminal dereliction, and it appears his only solution to the problem is money. The governor has been pestering Abuja for assistance and President Muhammadu Buhari has been very obliging. After all Kano donated most of the votes that aided his re-election. It does not look like anybody thought it fit to remind the governor of his sloppiness.

Rounding up the hapless almajiri in the wake of the “mysterious” deaths amounts to nothing, if not compounding a bad situation. Many of these vagrant youths who are themselves already COVID-19 positive are victims that deserve to be taken care of.

Returning them in their hundreds or thousands to their “states of origin” is a sure way to spread the pandemic further. This we are beginning to see with reports that some of these almajiri children have tested positive to the disease in their new locations.

Clearly, the Kano State government has no solution to a problem it allowed to fester when it should have acted. Even when Abuja decided to impose a full lockdown of the state, the governor went ahead to ease it.

One moment he gave it out that the lockdown would be eased and the next moment he was asking the people to stay home to observe it only to turn around again to seek Abuja’s permission to lift the lockdown. This is not the sign of a government serious about combating a viral pandemic with exponential death toll.

The government is not coordinated and this shows through its action or lack of it. Kano State which some would want us believe has the highest population in the country is now being portrayed as very poor if not the poverty capital of Nigeria. Does it mean that the state has nothing but its consumptive population to contribute to Nigeria?

Here is a state with one of the highest number of local governments in the country with assumedly a high population that now looks like a burden rather than an advantage to itself. Yet, when Sanusi Lamido Sanusi called attention to some of these inequities in Kano he was rewarded with deposition.

The government and people of Kano have to take responsibility for their action. They cannot choose to exercise their freedom to act in a particular way and refuse to accept the consequences of that.

Health workers are dying and are reportedly running away from duty out of fear of being infected by the pandemic but there is nothing to reassure them or even the people of the state that the government can meet its obligation of ensuring the safety of life.

Beginning from this week, Abuja has thrown the decision of how to manage the COVID-19 situation in the country into the hands of each state. This is a call to leadership that no one state can shift to another.

Kano State must rise to be counted. It cannot rely on Abuja at the expense of other states. Abuja itself cannot afford to concentrate too much of its resources on a state that is constantly shooting itself in its foot.

Let Kano take responsibility for its action as much as Lagos to which it is often compared is doing. Enough of the lopsided attention to states and distribution of so-called palliatives that are becoming a cheap means of enrichment for many. We’ve had enough of the preferential treatment. 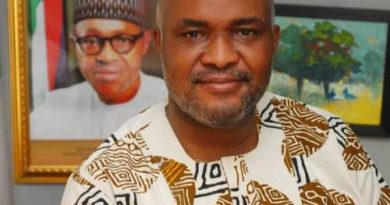