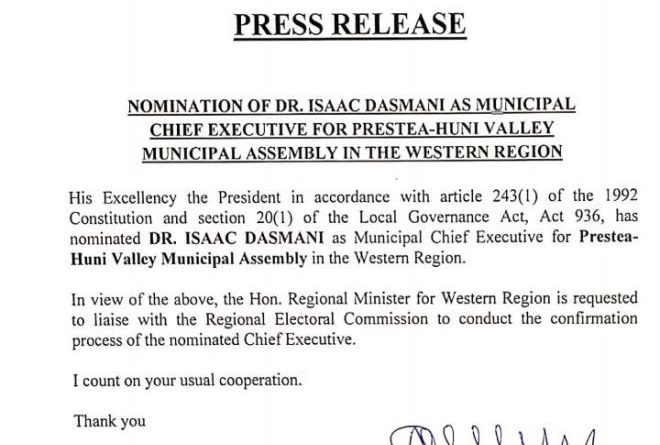 “His Excellency the President in accordance with Article 243(1) of the 1992 Constitution and Section 20(1) of the Local Government Act, Act 936, has nominated Dr. Isaac Dasmani as Municipal Chief Executive for Prestea Huni Valley Municipal Assembly in the Western Region”, a press statement from the Ministry of Local Government signed by its Minister Hajia Alima Mahama has confirmed.

The Ministry has instructed the Honorable Regional Minister for the Western Region to liaise with the Regional Electoral Commission to conduct the confirmation process of the nominated Chief Executive.

Dr. Isaac Dasmani has been nominated out of a list that had Mr. Mozart Kweku Owuh, and Lawrence Blay Awonia.

Below is the press release confirming his nomination: 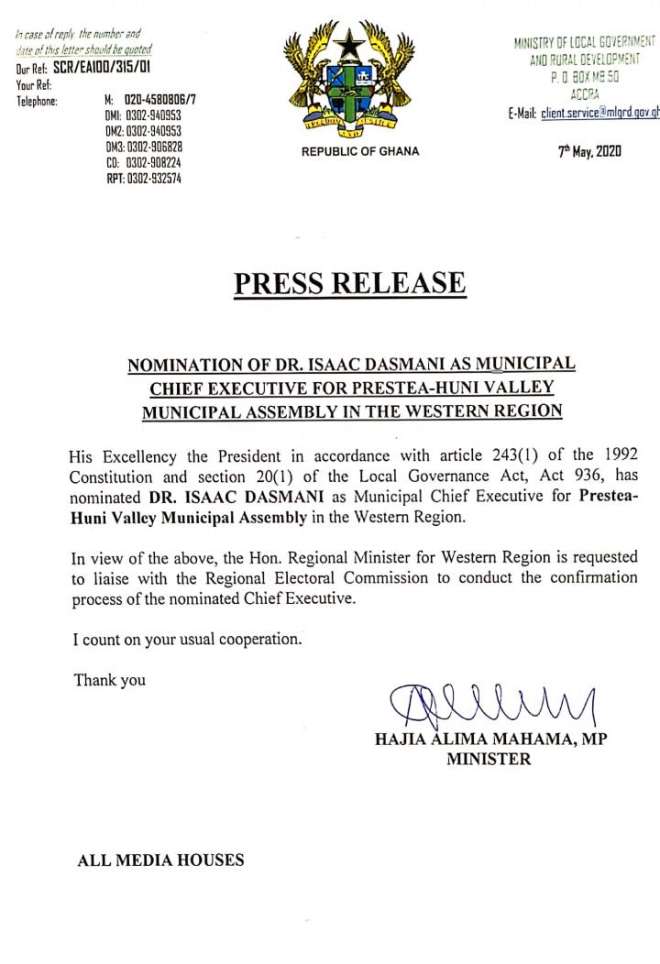 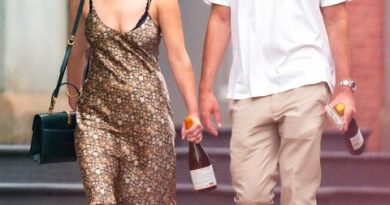 Jennifer Lawrence Wearing a Summer Dress, Mask, and Toting a Bottle of Wine Is a Whole COVID-19 Mood 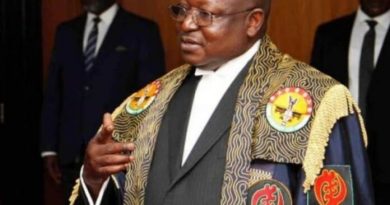