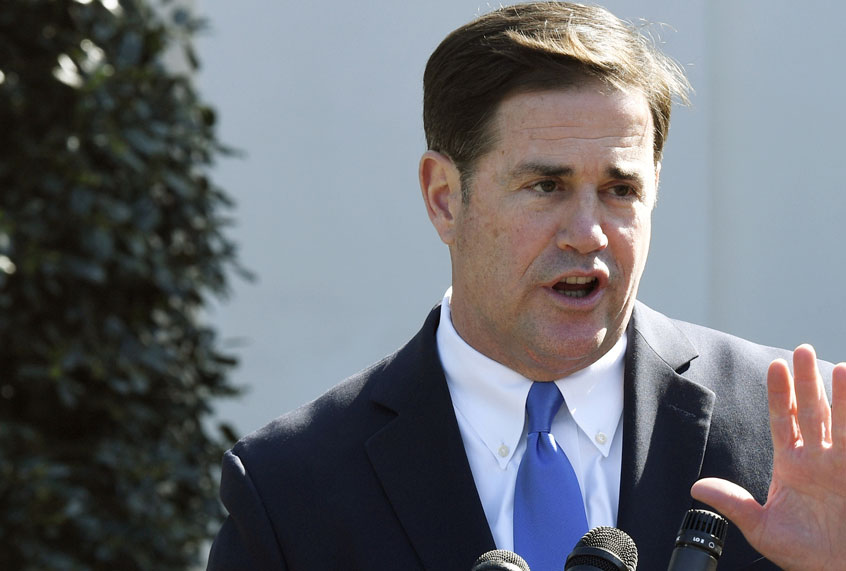 Arizona health officials disbanded a team of experts working on COVID-19 projection models that predicted a rise in cases and fatalities as Gov. Doug Ducey pushed forward with plans to reopen the state.

The Arizona Department of Health Services (ADHS) relied on a modeling team of 23 researchers at Arizona State University and the University of Arizona, which predicted that the state would reach its peak in cases in late May or early June.

But Ducey, a Republican, moved ahead with plans to reopen restaurants and beauty salons anyway, arguing that the state was “headed in the right direction” Monday as he cited a “downward trajectory.” Ducey originally extended his stay-at-home order until May 15 but changed his mind and announced Monday that certain business could reopen even sooner.

The comments contradicted the views of researchers studying the disease.

“This is not going away soon. It’s something that we’re going to need to be continued to be worried about, because our risk of catching this virus still remains relatively high,” Joe Gerald, a member of the modeling team, said in an interview with local news outlet ABC15.

“I can say, scientifically, no, it’s not safe to reopen unless you’re planning on, you know, shutting down again after a couple of weeks,” Tim Lant, another member, told The Arizona Republic last month.

Lant explained that delaying reopening until the end of May was the only scenario “that doesn’t put me immediately back on an exponential growth curve.”

Hours after Ducey’s announcement, Rob Bailey, an ADHS bureau chief, told the modeling team that the department was shutting it down.

“We’ve been asked by department leadership to ‘pause’ all current work on projections modeling,” he said in an email obtained by ABC15.

The email said that ADHS would “pull back the special data sets which have been shared” with researchers. It did not say why it was shutting down their work.

“The reason that ADHS is pausing the internal modeling is — as we have said before — we are looking at several national models and have determined that FEMA is the most accurate to help us develop and implement public health interventions to respond to the COVID-19 outbreak,” an ADHS spokesman said in a statement to the outlet.

The move is a stark change from Bailey’s earlier vow that modelers would have “full, unfettered access to confidential . . . data from the department.”

“This is a situation that is unprecedented in living memory, and it is going to become rapidly more dire in the coming days,” he wrote six weeks earlier, according to The Washington Post. “I cannot, therefore, overemphasize the importance of what we are requesting here.”

The turnaround drew criticism from lawmakers.

“We can’t just remove scientific data and bury facts when it contradicts an agenda or narrative,” Rep. Ann Kirkpatrick, D-Ariz., told The Post.

Arizona State University said it would do just that.

“Moving forward, ASU will continue to perform its COVID-19 research, and will make these updates publicly available during the ongoing COVID-19 pandemic,” the university said in a statement to the Arizona Republic.

Patrick Ptak, a spokesman for Ducey, suggested that the state believed the models were not accurate.

“We now have two months of on-the-ground data,” he told the outlet. “We’ve been able to see which models are accurate — which match the actual facts and are most useful — and which are not.”

“The governor’s choice to disregard the science that should be the basis of Arizona public health policies — and the White House’s guidelines for reopening — is concerning and disappointing,” she said. “I’m grateful that Arizona State University . . . will continue this work, and I plan to rely on their findings and conclusions in my work to keep Arizonans healthy, safe and economically secure.” 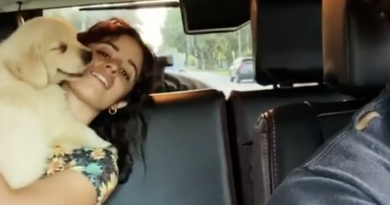 Meanwhile, Shawn Mendes and Camila Cabello Committed to Raising a Dog Together

It’s Ridiculous To Suggest That I’m Indifferent To Killings In Nigeria, Says Buhari

The Ashanti Regional Zongo Caucus of the National Democratic Congress (NDC), has congratulated Mr. Alban Sumana Kingsford Bagbin on his