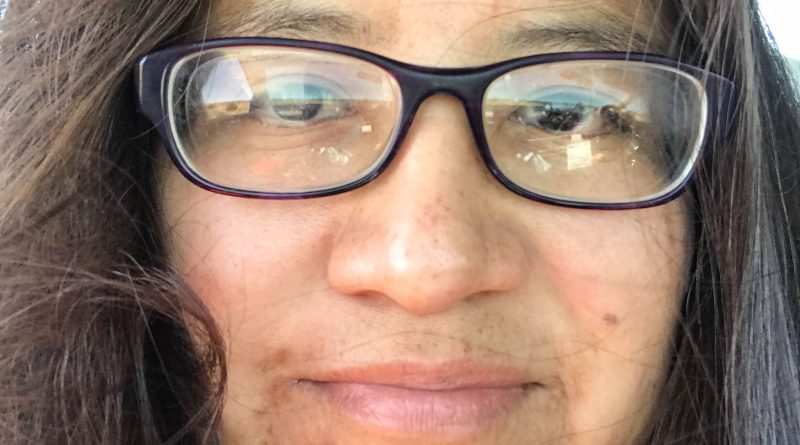 Every morning, just before dawn, journalist Krista Allen steps outside to pray for her sources. “Watch over them,” she says from the front yard of her western Navajo Nation house. “Please give them the comfort, strength, and ability to get through this.”

Then the 35-year-old heads back inside to begin her day covering COVID-19 in Indian Country. Allen works for the The Navajo Times, a daily newspaper for tribal communities in Arizona, Utah, and New Mexico. She’s one of eight editorial staffers, including a sports writer, a government and education reporter, and a copy chief. As the community correspondent, Allen specializes in unearthing compelling human-interest features and profiles. It’s her dream job.

Pre-pandemic, she would have thrown on jeans, a long sleeved plaid t-shirt, and russet-colored combat boots—the lucky ones she wears while reporting—and headed out on assignment. She would have conducted interviews in-person and jotted down colors, smells, interactions, and emotions in a reporter’s notebook. Afterward, she would have cozied up in a coffee shop to write.

Now, the boots sit in her closet collecting dust.

Like so many others right now, Allen is working from home. Her living room acts as a makeshift newsroom, with two laptops propped up on a large wooden desk, where she writes about the crisis specifically in Navajo Nation, which now has the third highest COVID-19 infection rate per capita in the U.S.

Congress has reportedly approved $8 billion for COVID-19 relief to be split among 574 Indigenous tribes, though tribal leaders say the funding hasn’t arrived yet. On Wednesday, local Navajo authorities issued a call for medical volunteers and PPE donations via a PSA video featuring celebrities like Ellen DeGeneres, Mark Ruffalo, Marisa Tomei, and Debra Messing. 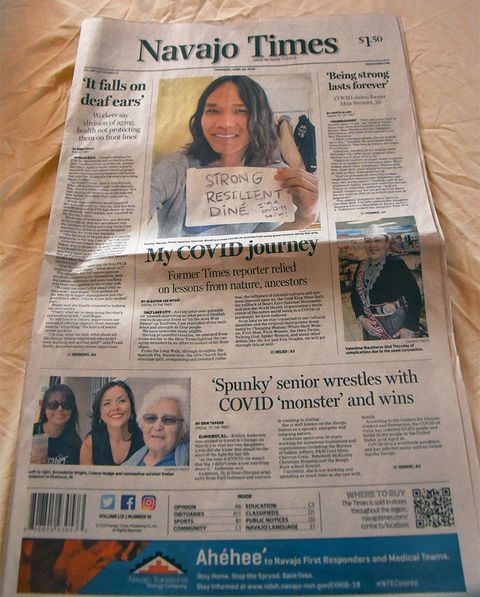 Allen is Diné, or a “full-blooded Navajo” as she describes it, from the tiny town of Kaibeto, near Page, Arizona. She’s one of just a handful of Indigenous journalists covering the pandemic there, and many of the people she features in her pieces are her distant relatives through the Navajo clan system or K’é.

In March, she revealed that the Navajo reservation’s outbreak could likely likely be traced back to a rally at the local chapter of an evangelical church. When former Miss Western Navajo Valentina Blackhorse died from the virus last month, she landed an exclusive heart-wrenching interview with her sister. Most recently, she wrote an emotional obituary about a former senior police officer who died, and whose son is now sick.

“It breaks my heart,” she says, “to write about my own people dying. But these kinds of stories needs to come from me.”

Allen keeps two iPhones with her at all times: One for emailing sources, and the other for texting and calling them. In times of crisis, she says, it’s best just to listen. Which, she does for hours on end.

“[Navajo people] don’t often get the chance to tell their stories, so I never try to get off the phone with my sources,” she says. “Their voices need to be heard. I give them as much time as they want to talk, however long they need.”

After a recent conversation with an Indigenous mortician who embalms COVID-19 victims, she wiped away tears. Traditionally, the Diné people grieve with large funeral services and gatherings to celebrate life, but the mortician told her the virus has robbed families of that ritual. “I couldn’t help but feel his pain,” she says. “These are our people, and my own sources, that are dying.”

Allen ventures out rarely, and only to photograph the people she’s covering. When she does, she wears a mask and gloves, and keeps a safe distance from her subjects. At the Tuba City Regional Health Care center in Tuba City, Arizona—which sees an average of nine to 11 COVID-positive patients in the emergency room every day—she took pictures of exhausted healthcare workers, who lamented their severe lack of PPE. 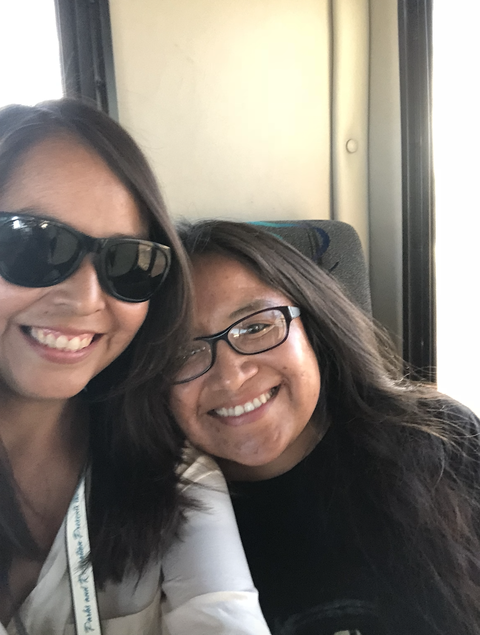 Navajo Nation faces other, more unique challenges when it comes to fighting COVID-19, like a serious lack of adequate housing and high rates of poverty. According to Mother Jones, 40 percent of Navajo Nation lacks reliable access to running water, which makes it hard to wash your hands for 20 seconds, like the CDC advises. The outlet also suggests that elder mistrust—both of Western medicine and of Western media—is a factor in the rapid spread of COVID-19.

Allen says many of her own sources prefer to receive news from local Navajo journalists, like herself. “Just the other day, I talked to a woman who said she was glad the country is aware of what’s happening here, like our dire need for water, but that she would rather read about it from people who look like her, people who are the same color as her,” Allen says. “It’s very important that we report on our own communities and ask the community members about what’s going on, because clearly our Navajo people want to hear it from us.”

As the virus continues to disrupt nearly every aspect of her personal and professional life, Allen’s only respite comes from short breaks to watch ASMR videos on YouTube. “Still, I can’t stop thinking about my interviews and my stories,” she says. “I feel like I have to keep working all the time, even though I’m so tired.”

At night, after finalizing edits and fact-checking that day’s story, Allen goes back to her lawn to pray. She pleads for the safety of her sources, and for the safety of her family. Back inside, she files a draft to her editor and falls asleep by midnight. Then she gets up before the sun rises to do it all again. 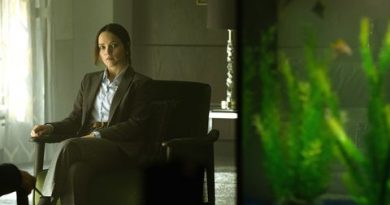