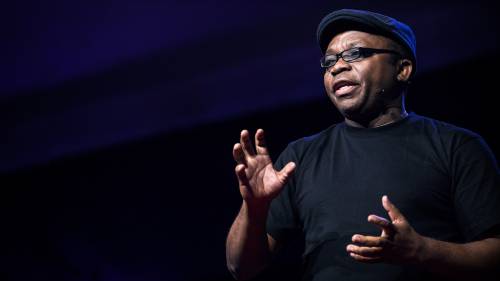 Today marks a week since the police arrested Nigerian humanist Mubarak Bala in Kaduna. They later transferred him to Kano. His arrest was over a post that he made on Facebook, which some Muslims said insulted Prophet Muhammad. The whereabouts of Bala is unknown. The police have refused him access to a lawyer. They have not charged him in court. There are concerns over his life, health and human rights. Incidentally, there has not been any reaction from the religious organizations. No religious group has condemned the arrest and detention of Mr. Bala.

In this piece, I argue that the palpable silence from the religious establishment signifies a deficiency or, in some sense, the death of moderate religiosity in the country. It should be noted that many religious individuals have spoken out against the arrest and detention of Mubarak. They did so in their individual capacity. Persons of different faiths have used their Facebook, Twitter, and Instagram pages to express shock and outrage over the petition that was brought against Mr. Bala and his illegal detention. Unfortunately, religious institutions have been silent. Religious organizations such as the Christian Association of Nigeria (CAN), the Nigeria Supreme Council for Islamic Affairs (NSCIA), the Pentecostal Fellowship of Nigeria (PFN) and others have kept mum. They have refused to say anything condemning Bala’s arrest and detention. Why? Does this mean that the religious establishment endorses the treatment being meted out to Bala? That somebody could be thrown into jail by the mere fact that he posted a comment on Facebook. Is that not outrageous?

Now no religious organization has spoken out against the persecution of Mubarak Bala, does that imply that religious institutions are on the same page with the petitioners? Is the religious establishment of the view that Mubarak committed a crime by making posts on Facebook? Simply put, why have the CAN, the PFN and the NSCIA not spoken out against the detention of Mr. Bala including the several death threats that have been issued against him? Why? Why are they not issuing statements defending Bala’s right to freedom of religion and freedom from religion, freedom of speech and expression? Those who petitioned Mr. Bala said he posted comments on Facebook that implied that Prophet Muhammad was a terrorist and designated these comments offensive and as crossing the limit of free speech. Does it mean that there are no religious organizations that object to this proposition or aspects of it?

Look, Christians and Muslims in Nigeria post similar and worse comments on daily basis. Don’t they? They say things that could be deemed insulting to prophets of other religions. Don’t they? If you are in doubt, go online and see the comments that Nigerian Muslims and Christians make about the prophets of the various religious traditions and then compare them with Bala’s. Go to the different churches, mosques and worship centers and listen to multiple imams and pastors preach. Their teachings and sermons are interspersed with lines that could be interpreted as insults and blasphemes. And nobody has arrested them (nobody should actually arrest them). Nobody considered these expressions beyond the limit of freedom of speech and religion. So why is it different in the case of Bala? What did Bala say about Prophet Muhammad that Muslims or Christians have not said about this prophet and others?

Now imagine if Bala were to be a Muslim in Anambra state. Imagine the police arrested him for making posts on Facebook that Christians interpreted as a form of insult on Jesus Christ. Hell would let loose. NSCIA and other Islamic groups, including the governors of the sharia states, would have called for protests and for the immediate release.

Imagine if Bala were a Christian detained in Kano for posting comments that some Muslims deemed disrespectful to their Prophet. Numerous Christian organizations would have issued statements calling for his release, invoking the secular character of the Nigerian state. But in the case of Mubarak, this has not happened. The religious establishment is looking the other way. They have kept silent in the face of Islamic tyranny in Kano. This is unfair.

Religious organizations mustn’t agree with what Mubarak said or what Mubarak believed in before standing for his rights and liberties. Accusations of insulting Prophet Muhammad do not respect religious boundaries. They are brought against both religious and non-religious people; they are levied against Christian, Muslims, religious critics and atheists. To remain silent in the face Bala’s current travails, to look the other way as he languishes in the police jail, and to refrain from standing for him and his fundamental freedoms is a clear mark of deficit and death of moderate religiosity.

Today it is Bala’s turn; tomorrow it could be mine, it could be yours. Don’t keep silent. Speak out against the ongoing religious persecution, oppression and tyranny in Kano, Nigeria

Leo Igwe holds a doctoral degree in religious studies from the University of Bayreuth. He chairs the Board of Trustees of the Humanist Association of Nigeria. 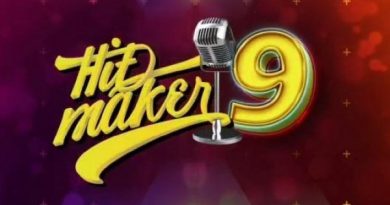