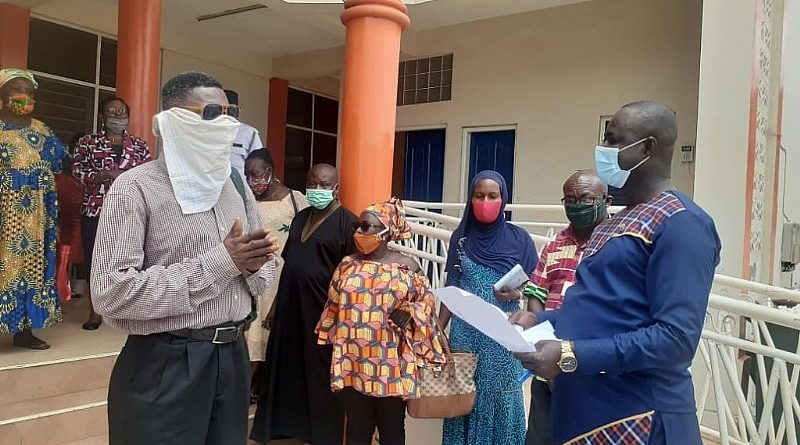 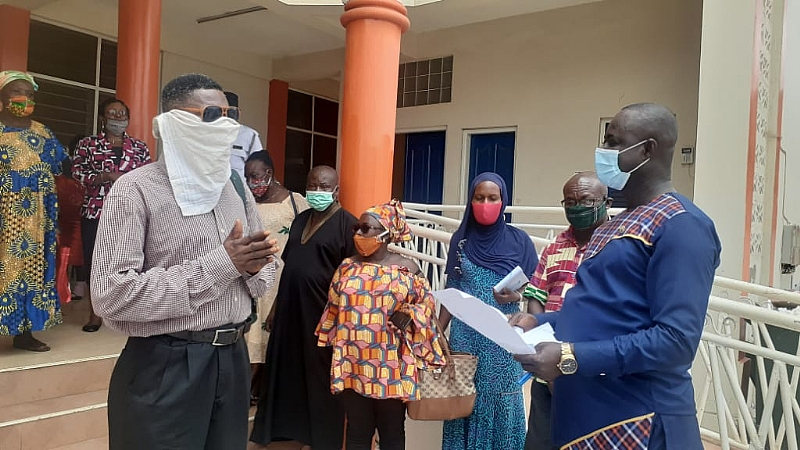 It was a sigh of relief for persons with disabilities in the Tafo Municipality of the Ashanti region when they begun taking delivery of their share of the District Assembly Common Fund (DACF).

Increment of the Disability component of the DACF was increased from 2% to 3% by the President Nana Akufo Addo in fulfilment of the 2016 manifesto of the governing New Patriotic Party.

The donations which totalled some forty thousand cedis (GHc40, 000) were in such categories as financial support, medical support, education support, some requested items and income generation.

The disbursement is in line with the guidelines of the municipal Assemblies Common Fund in which a percentage of the total amount transferred to the Assemblies is allocated to persons with disabilities.

Speaking to the media, the municipal chief executive of the Tafo Municipal Assembly Hon. Fred obeng Owusu indicated that the mandatory gesture grounded in law, “was evident of an avowed response by the NPP Government to solve the problems and the needs of people with disabilities in Ghana.”

He gave assurances, “the government and for that matter, the Assembly had the desire to alleviate the plight of the physically challenged to make life bearable for them.

He used the opportunity to remind them that there would be intensive monitoring exercises to see how they were faring with the support received.

He warned that “a team from the Assembly will be visiting the beneficiaries to ensure that Applicants who used their share of the fund different from what they applied for will not be spared as a team will be deployed to evaluate the use of the funds.”

He advised the Persons with Disabilities not to regard themselves as social misfits.

Mr Fred obeng Owusu also took it hard at people in the society who stigmatize and discriminate against PWDs cautioning them to desist from the trend.

By : Abdul Basit Yakub Ouedraogo
The Ashanti Regional Nasara Coordinator of the governing New Patriotic Party (NPP), Alhaji Saalim Bamba, has stated that the National Democratic Congress (NDC) is as dangerous as the novel coronavirus pandemic is, to Ghanaians.

His comments come on the back of the COVID-19 versus Dumso Banta between the former president John Dramani Mahama and the Vice President Dr Mahamudu Bawumia over which administration managed crisis better.

He said the posture of the NDC in the fight against the pandemic is a clear indication of how they could endanger the lives of Ghanaians if they were in government.

He pointed out that the President had amply demonstrated that the decision to lift the lockdown was based on science and data.

“The NDC is as dangerous as the coronavirus to the extent that it is comfortable in exerting avoidable hardship and discomfort on the ordinary citizen”, he stated.

Alhaji Saalim Bamba cited how the NDC increased electricity bill by 166 per cent amid “dumsor” for many years under the leadership of former President John Dramani Mahama, to buttress his point.

He insisted that the NDC’s abysmal economic growth record of 3% in 2016 would have left Ghana in a very vulnerable situation but for the 7% growth achieved in 2019 under the able leadership of President Nana Addo Dankwa Akuffo-Addo.

“Under the NDC, the gap between the rich and the poor continued to widen without any special policy to address the plight of the poor. The negative impact of the coronavirus includes rendering the vulnerable and poor worse off”, Alhaji Bamba pointed out.

He called on the NDC to immediately disband its covid-19 team, stressing that the fight against the virus required collective efforts. 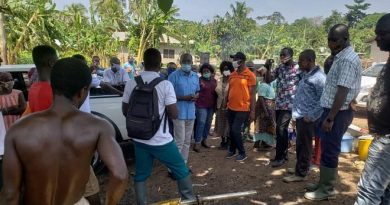 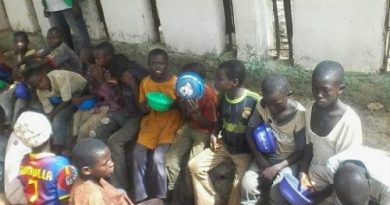 President of IMANI Africa, Franklin Cudjoe, has described as needless the explanation given by the government for the deployment of